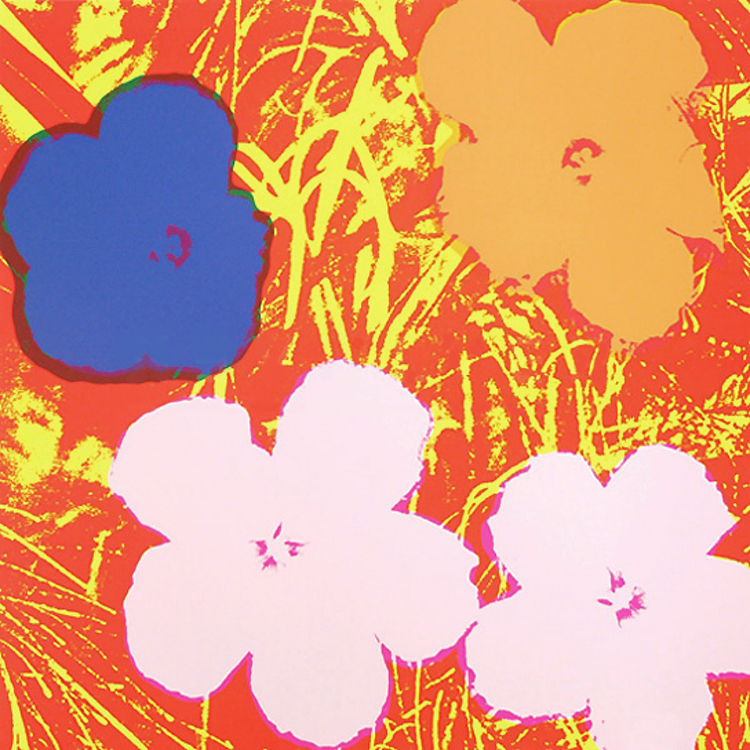 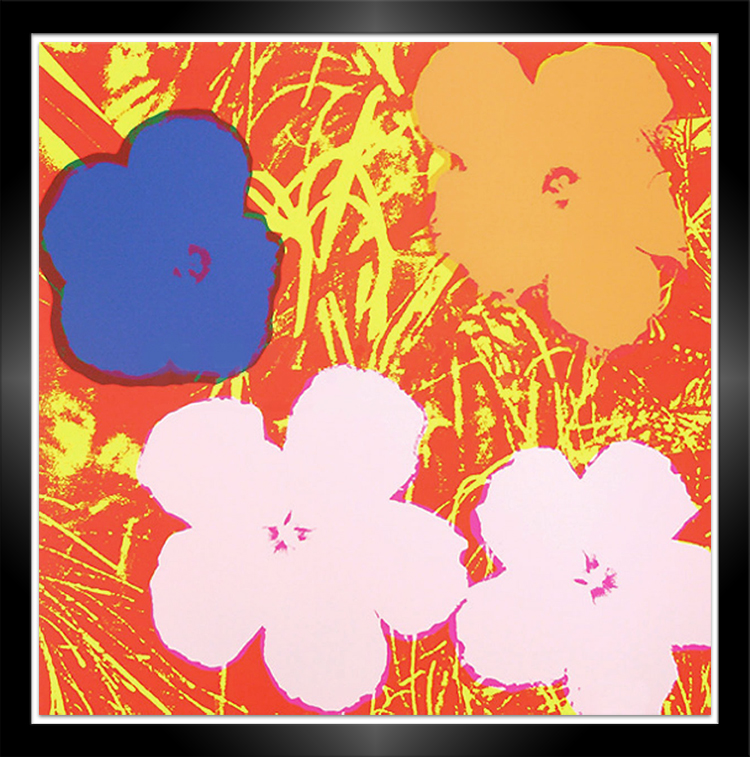 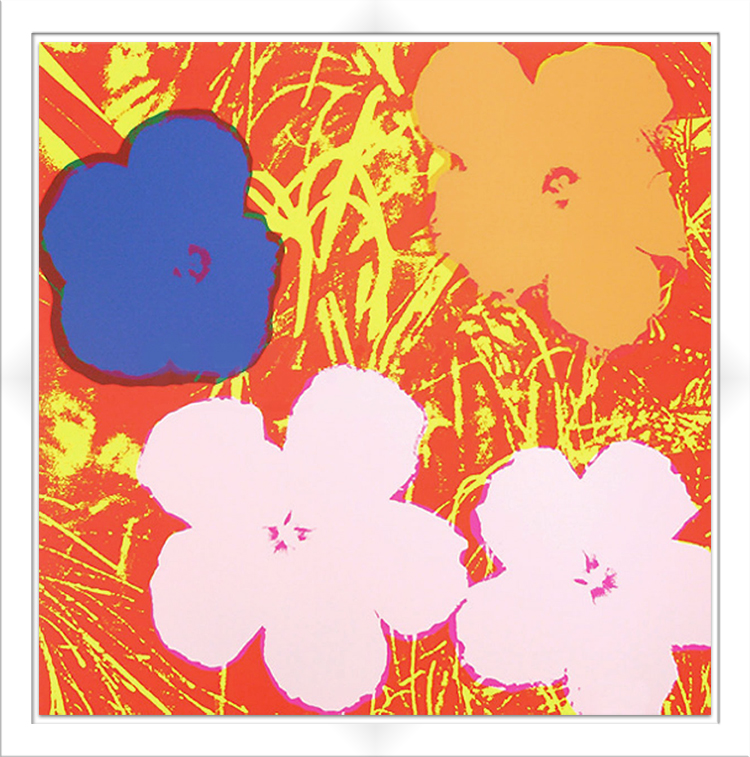 Andy Warhol’s Flowers 69, 1970 is part of Andy Warhol’s Flowers portfolio. This work is dominated by warm colors, namely pure red and yellow. The peach and baby pink flowers are overwhelmed by the strength of the background’s extraordinary hues, but the single cobalt blue flower helps ground the image, as it brings attention back to the image’s subject matter. Warhol’s Flowers 69 is a display of Warhol’s sense of balance, and an archetypal representation of his Pop Art coloring.

Andy Warhol’s Flowers is based on a photo by Patricia Caulfield that appeared in the June 1969 issue of the magazine Popular Photography. The original image was cropped and the colors inverted before Warhol added washes of vibrant dyes to the flower petals by hand. The flowers depicted are hibiscus flowers, specifically the mandrinette. Flowers is often viewed as a departure from Warhol’s typical work, which is known for centering around celebrities and well-known brands. The original image was not particularly famous before his appropriation of it, and the floral subject matter is not particularly related to pop culture or commercialism. However, flowers are a subject that Warhol continually revisits in his oeuvre. His work with advertisements are made powerful due to their contexts, but flowers are timeless. This is undoubtedly a reason why the Flowers series remains one of Warhol’s most popular portfolios.

Created in 1970, Andy Warhol’s Flower 69 is a color screenprint on Lenox Museum Board and is hand signed in ballpoint pen on verso. It is a unique work of an edition of 250, published by Factory Additions, New York and printed by Aetna Silkscreen Products, Inc., New York.

Catalogue Raisonné & COA:
Andy Warhol Flowers 69, 1970 from Flowers is fully documented and referenced in the below catalogue raisonnés and texts (copies will be enclosed as added documentation with the invoices that will accompany the sale of the work).

About the Framing:
Framed to museum-grade, conservation standards, Andy Warhol Flowers 69, 1970 is presented in a complementary moulding and finished with silk-wrapped mats and optical grade Plexiglas.