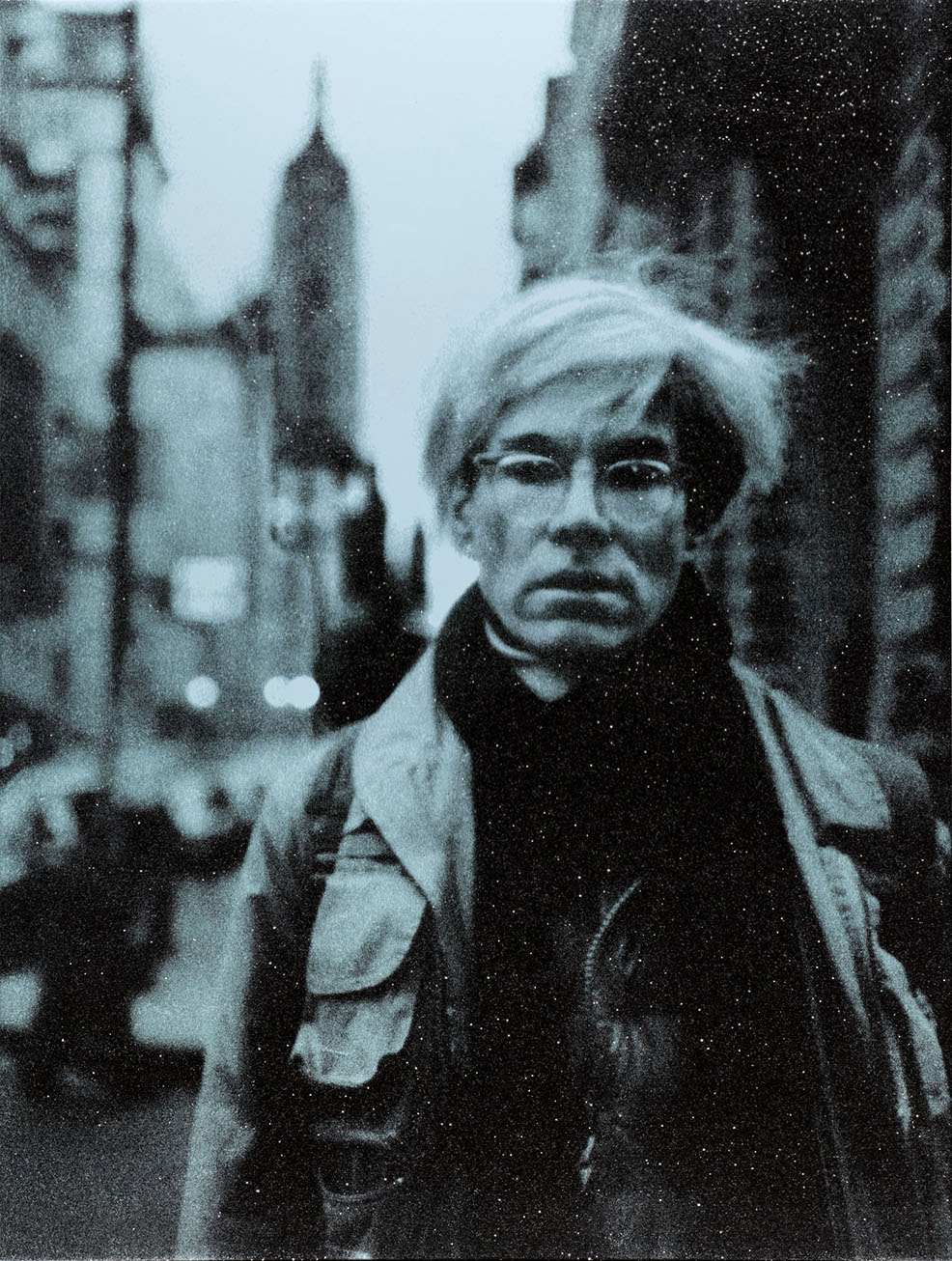 This screenprint depicts the famous artist Andy Warhol against a backdrop of the commotion of a busy street in New York. The image is in grayscale, which perfectly expresses the distinctive color contrast of Warhol’s typical public appearance. Wearing mostly, if not all, black, the deep and dark shadows of Warhol’s clothing recede as the artist’s iconic shock of silver hair catches one’s eye, the bright white highlight becoming the focal point of the work. The dark shadows in the urban background further push Warhol to the forefront of the image. The juxtaposition of light and dark is also especially effective in Warhol’s face, serving to intensify his facial features and stern expression. Young, who is known for his portraits of famous figures in popular culture, is commonly compared to Andy Warhol, whose work features similar subject matter and similar techniques. Both artists have explored celebrity culture, the American dream, and screenprinting, and this image of Warhol acts as a tongue-in-cheek reference to this frequent comparison. The addition of diamond dust gives the work an opulent, glamorous feel that contributes to his commentary on popular culture and acts as a reflective, deflective layer between the viewer and the subject portrayed. The diamond dust diffuses the light around the image, contributing to the creation of an otherworldly atmosphere that maintains Warhol, the quintessential Pop artist, within a realm entirely his own.

Created in 2019, this screenprint with diamond dust is hand-signed by Russell Young Russell Young, British (Northern England, 1959- ) in pencil on verso. This is a unique and original work.

Catalogue Raisonné & COA:
Russell Young Andy Warhol, NYC, 2019 is fully documented and referenced in the below catalogue raisonnés and texts (copies will be enclosed as added documentation with the invoice accompanying the sale of the work).

Sell your Russell Young fine art with us. We offer free evaluations. Learn more about selling with us.