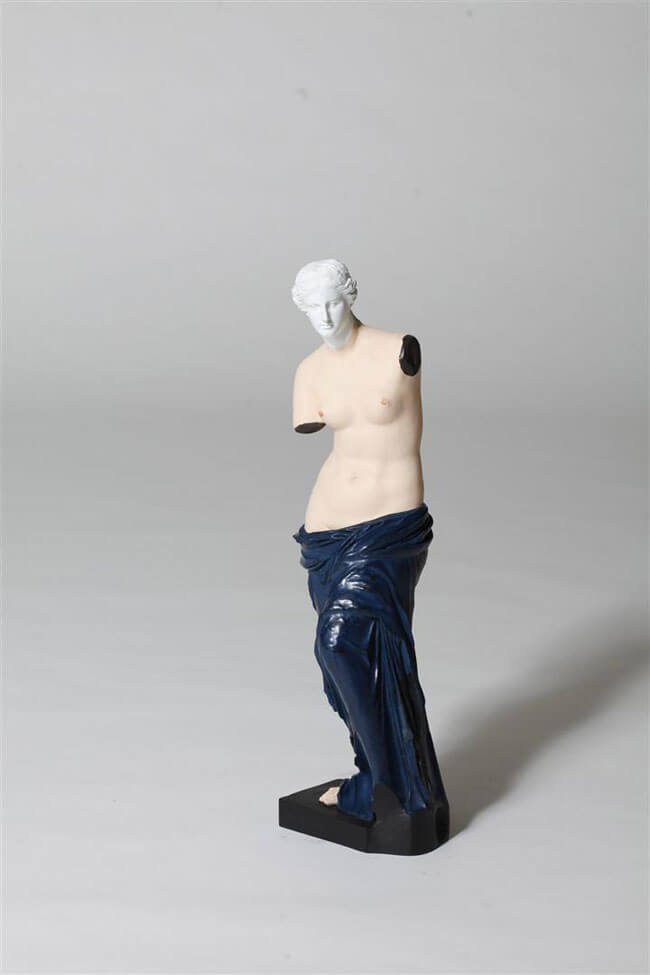 Discovered in April 1820 by a Greek farmer on the island of Melos, Venus de Milo is considered one of the most beautiful works of sculpture from Antiquity, combining classical heritage with modernism (Catalogue raisonne, vol. II, p. 427, N. 678). According to the editors of the complete Magritte catalogue raisonne David Sylvester and Sarah Whitfield, "Magritte painted the Venus de Milo four consecutive times in an attempt to give her a new "unexpected life"…that of 1936 was destined to be exhibited at Charles Ratton's in the same year. (André) Breton, being closely linked to the organization of this exhibition, was asked to find a title in a letter in which Magritte discusses the Venus:

This object reminds us of the masks on which I painted the sky, or a forest. Here, the head is white, the body is flesh-coloured, the drapery is blue and the pedestal and sectioned limbs are black. In my opinion, this restores a new "unexpected life" to the Venus.

Breton answered with the following:

I resign myself to proposing a purely poetic title: the "Copper Handcuffs" which I believe has the advantage of incorporating a new colour in the object yet without introducing the arbitrary as copper is the metal corresponding to Venus.

This patinated bronze sculpture was created in 2009 after the original 1931 plaster cast created by René Magritte (Lessines, 1898 - Brussels, 1967). This work is numbered from the edition of 250 on the back of the black base and stamp signed 'Magritte' on the front side of the black base. Published by the Magritte Foundation and cast at Fonderie Bocquel, Paris, this piece is also stamp signed by the Magritte Foundation and Fonderie Bocquel, France on the right side and back of the base.
DOCUMENTED AND ILLUSTRATED IN:
1. Certificate of Authenticity signed by Charly Herscovici, President of the Magritte Foundation, included with the purchase of this work.
2. Whitfield, Sarah. Magritte. London: The South Bank Center, 1992. Original cast from which this work was based illustrated and discussed as no. 151.