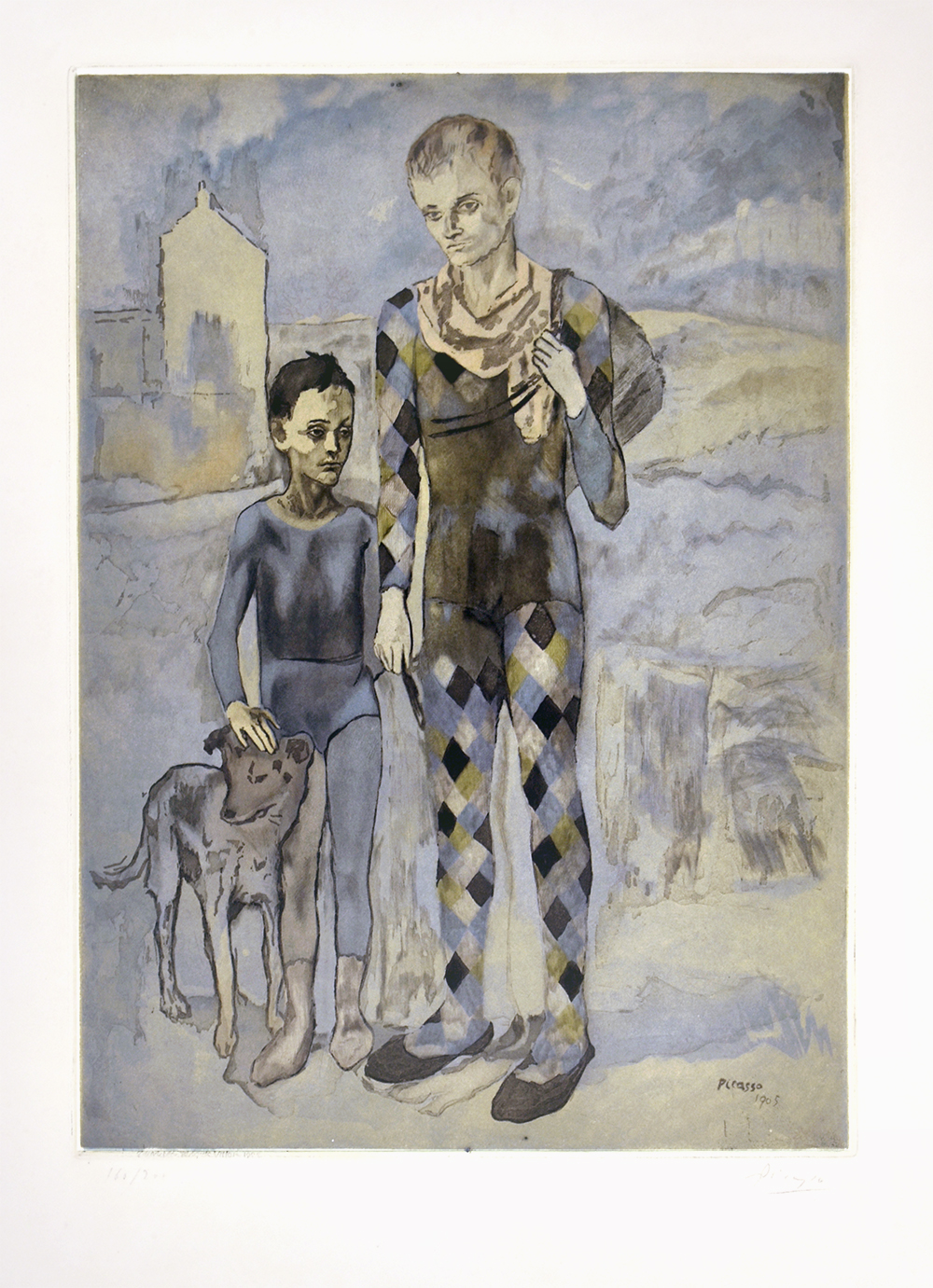 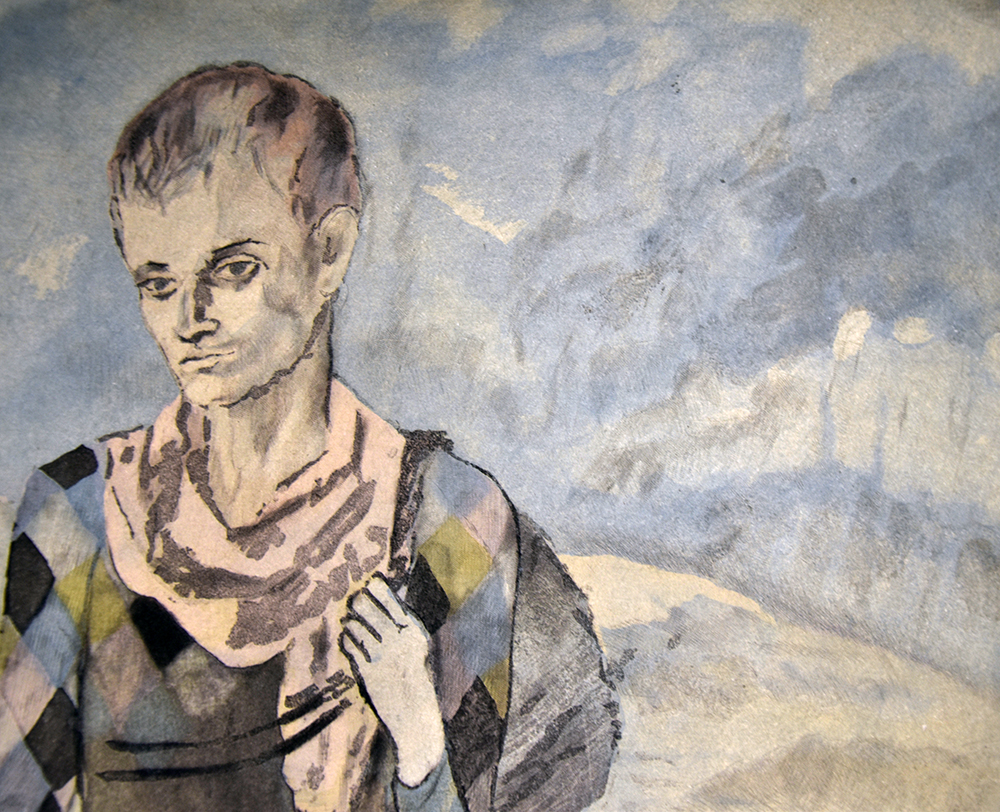 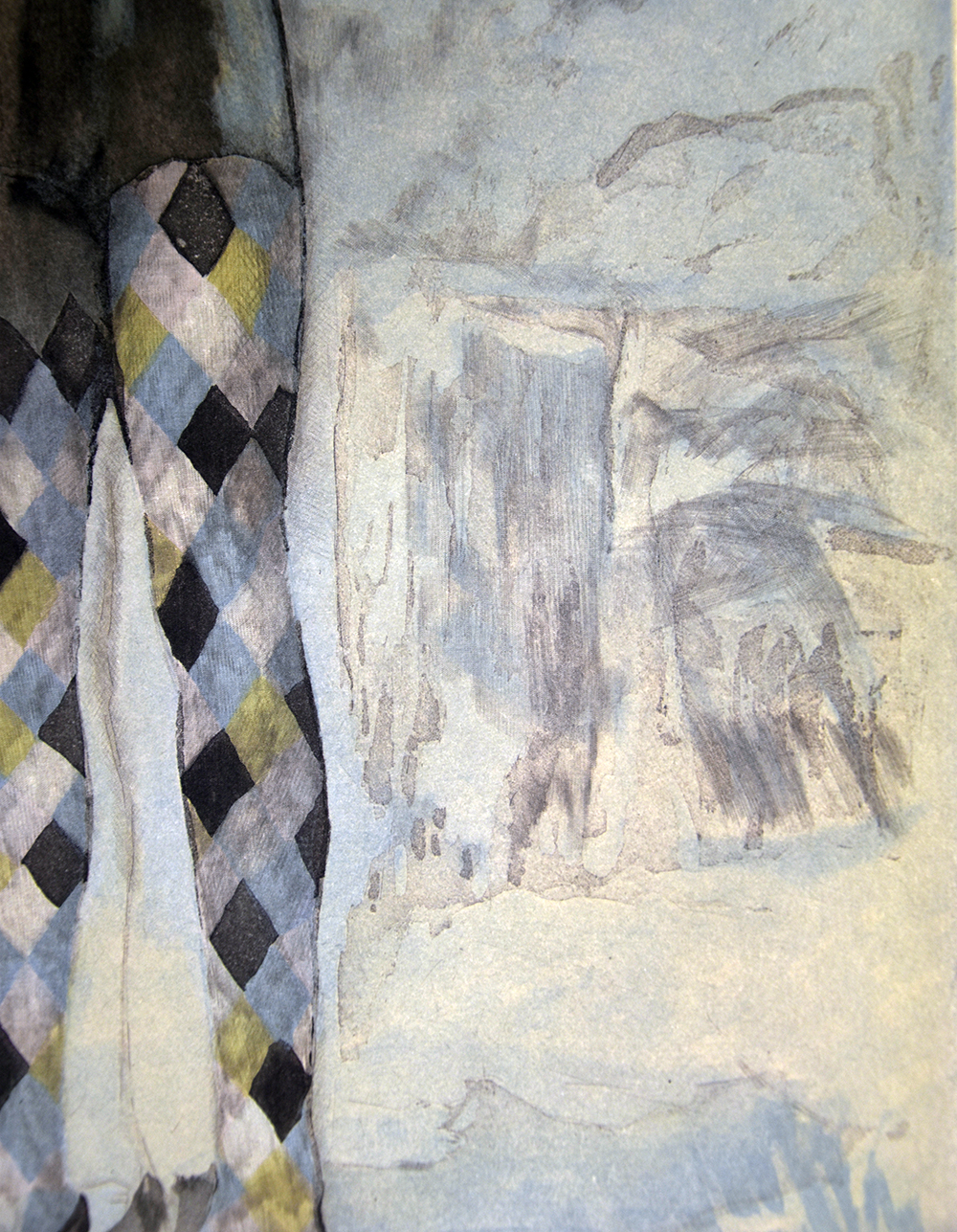 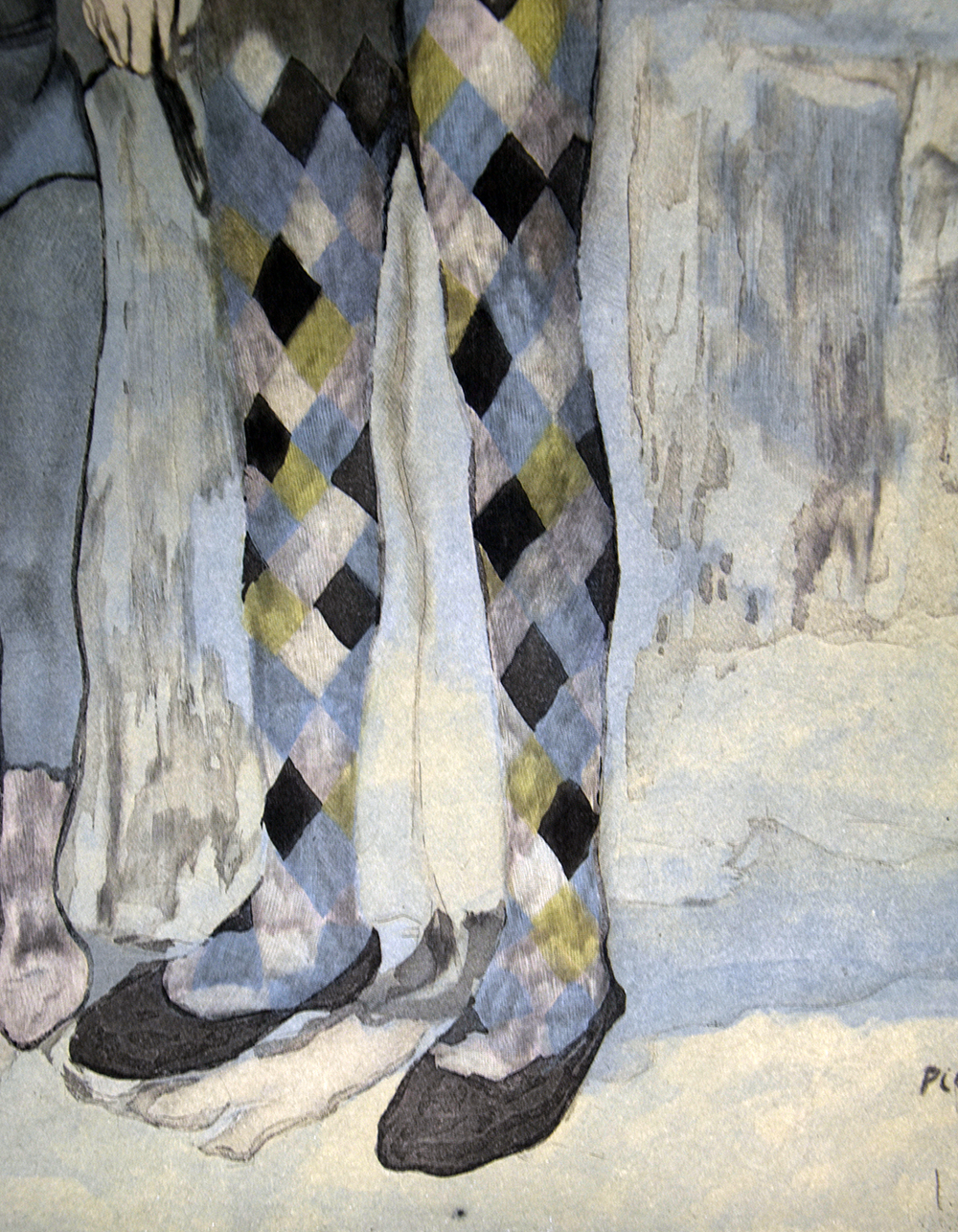 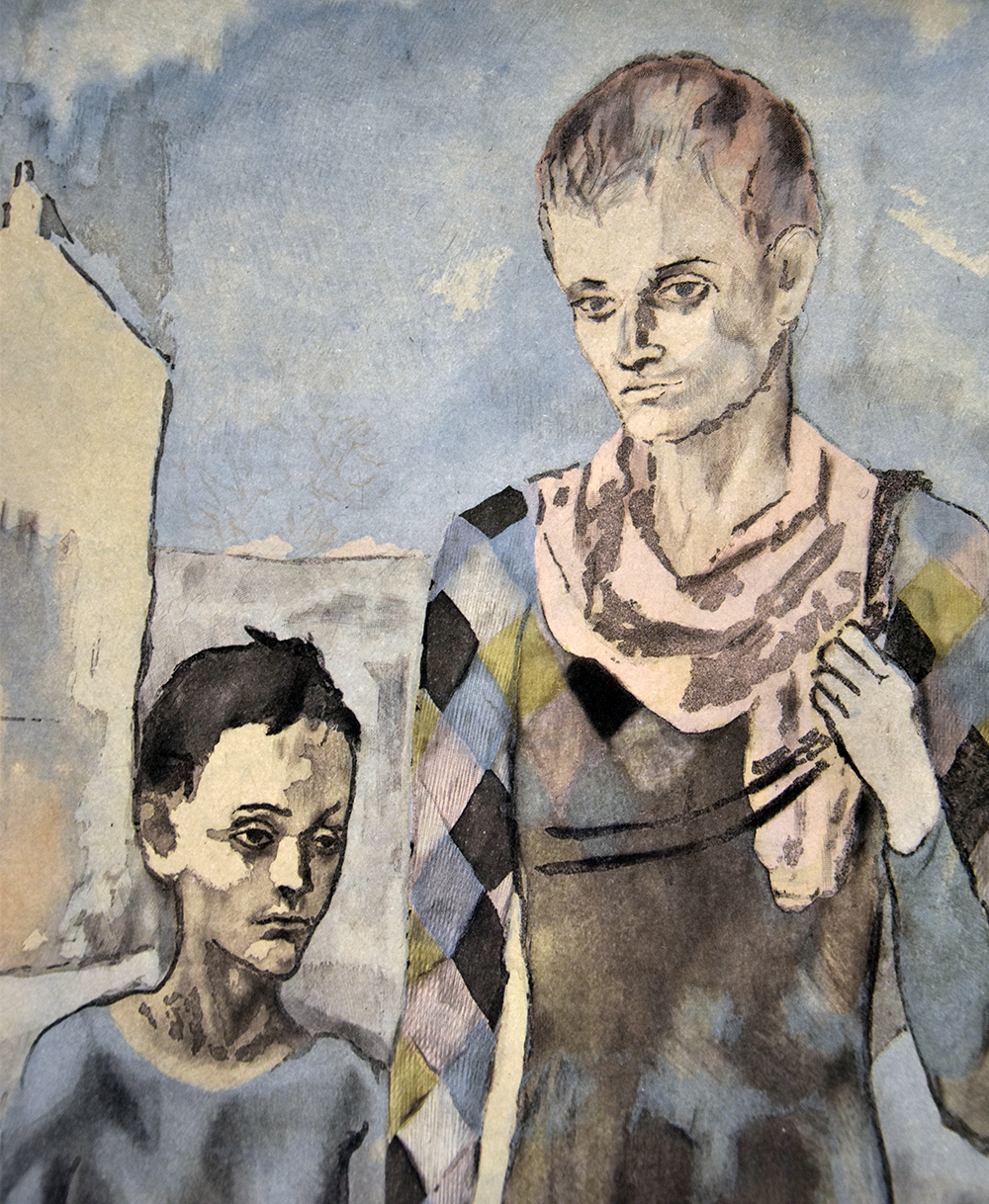 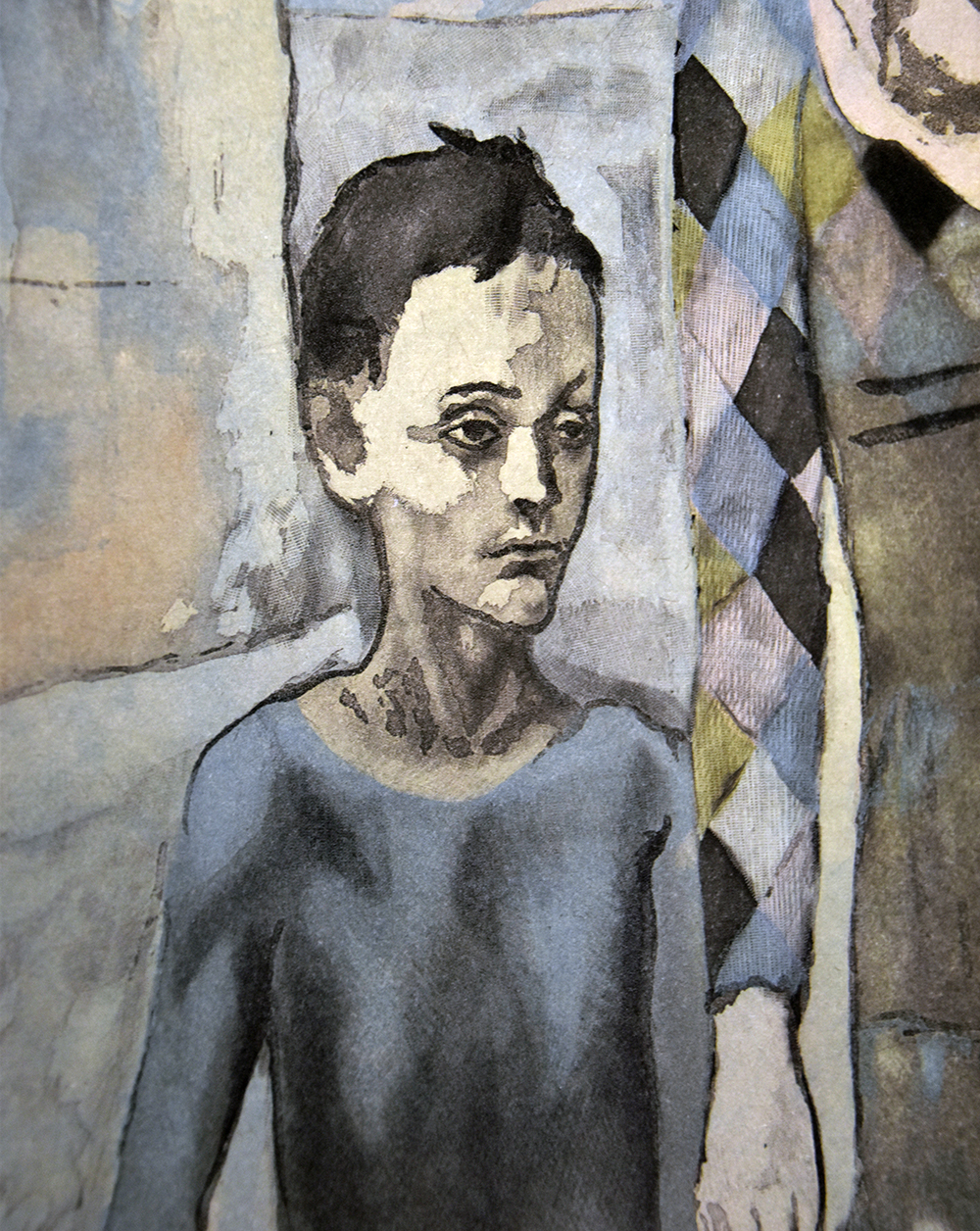 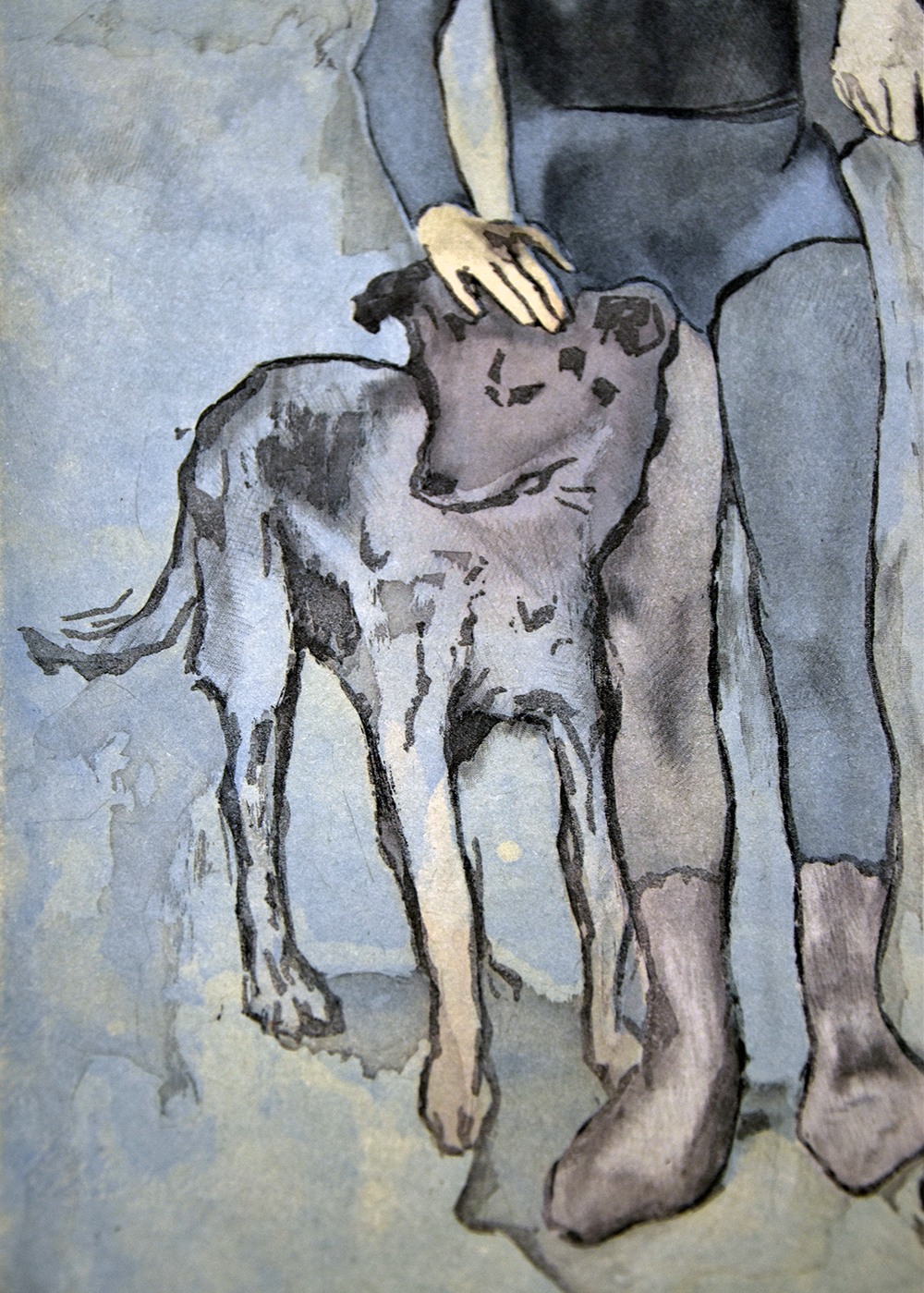 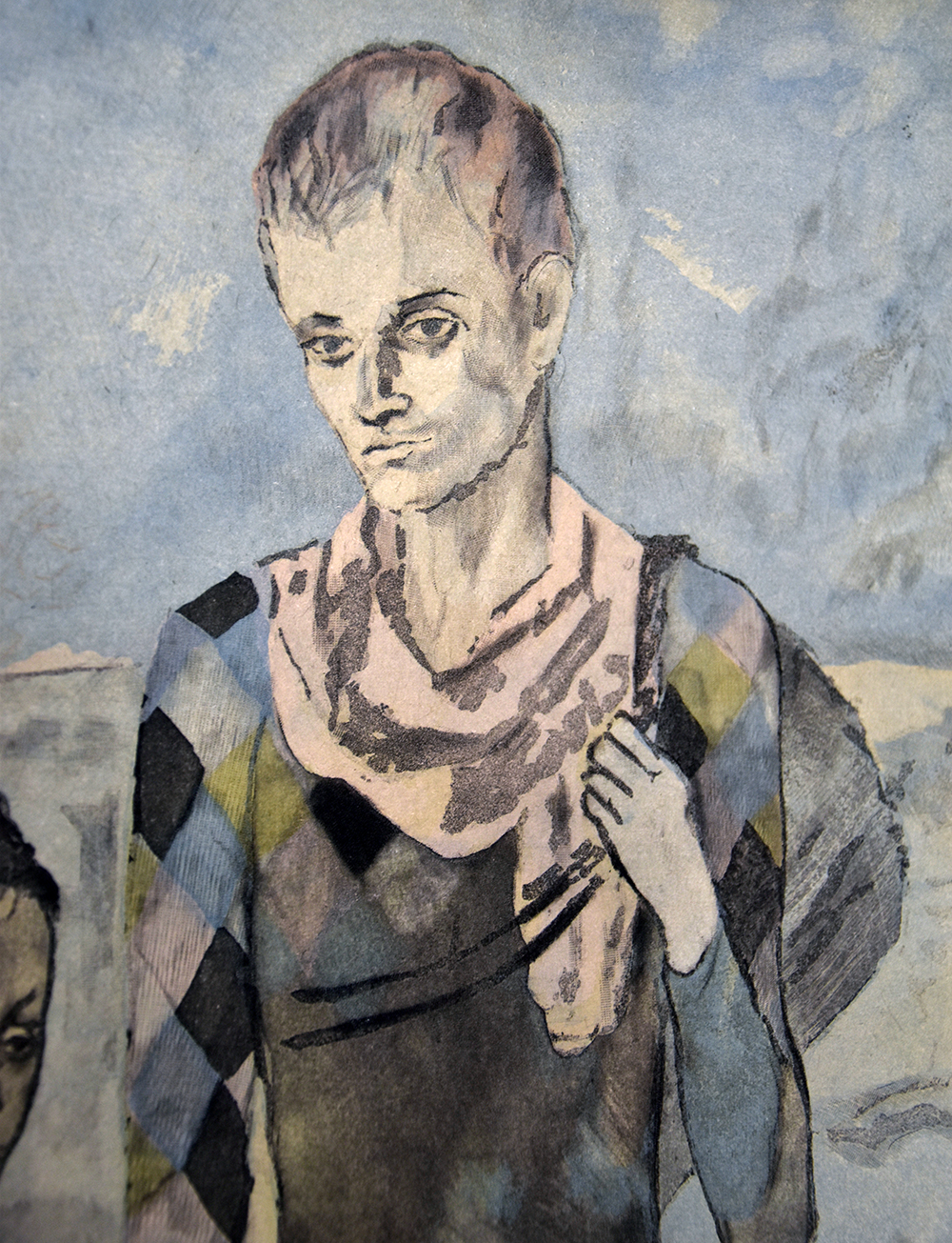 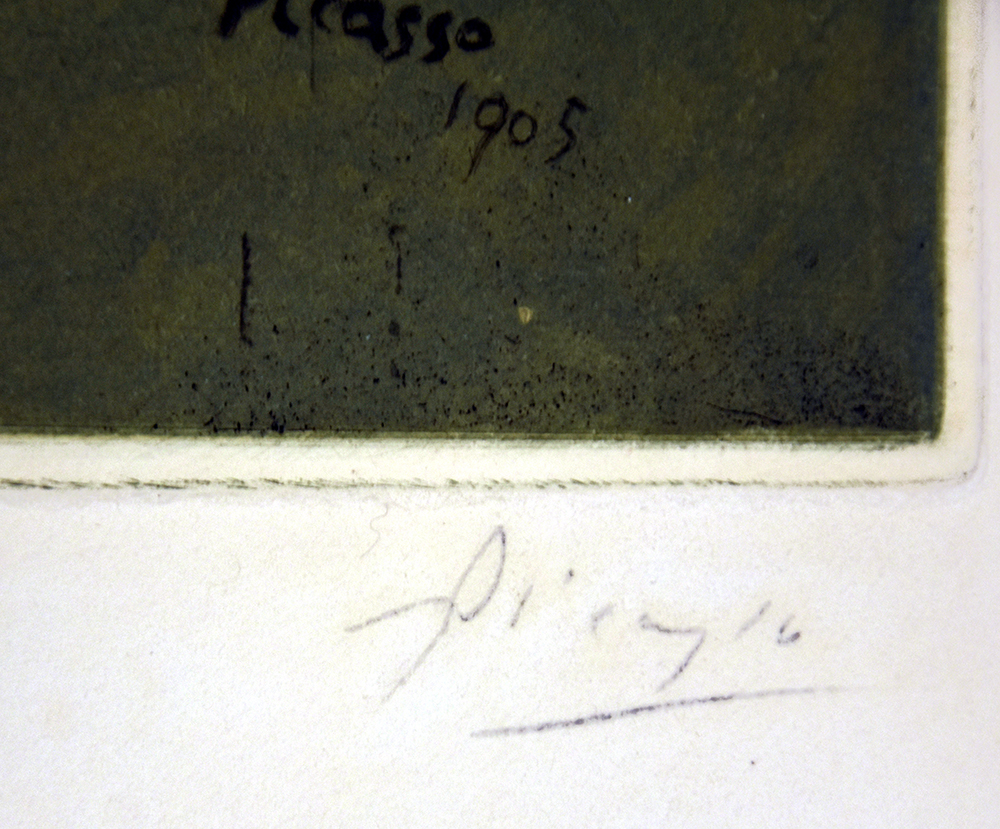 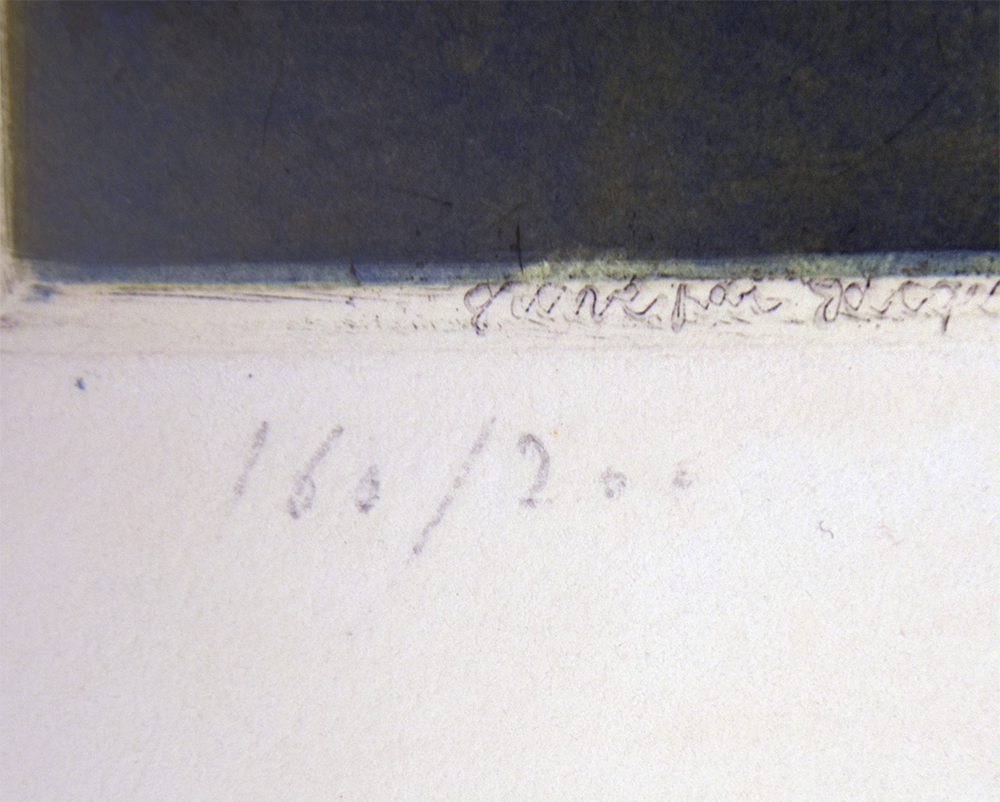 Created after a Rose Period painting that followed a pensive time in the artist's life, this print compels the viewer; subtle washes of blue, pink and brown comprise the startling portrait of two thin young men and their small dog. Picasso emerged from his melancholy Blue Period into the gay, colorful Rose Period after meeting muse and lover Fernande Olivier. Reintroducing color into his art, Picasso continued his study of circus characters in scenes of family life. Few graphic works were created after the art from his Rose and Blue Periods, making this print rare and desirable.

The harlequin is a complicated figure in Picasso's art, often appearing as a symbol of disguise, entertainment and even dissatisfaction. Scholar Luis Rodrigo notes that his harlequins have been interpreted as representing, "a longing for liberty, liberation from forms," depending on the work in question (68). As with the bullfight, another favorite subject, this multi-faceted figure is rendered in all of his emotional complexities under Picasso's sensitive hand.

Engraved in 1922 by Jacques Villon after the original gouache on cardboard made in 1905 by Pablo Picasso, this color etching and aquatint on Arches is hand signed by Pablo Picasso (Malaga, 1881 - Mougins, 1973) in pencil in the lower right margin.  This work is numbered from the edition of 200.

Catalogue Raisonne & COA:
This work is fully documented and referenced in the below catalogue raisonnes (copies will be enclosed as added documentation with the invoice accompanying the final sale of this work).

About the Framing:
This work is framed to museum-grade, conservation standards, presented in a complementary moulding and finished with silk-wrapped mats and optical-grade Plexiglas.