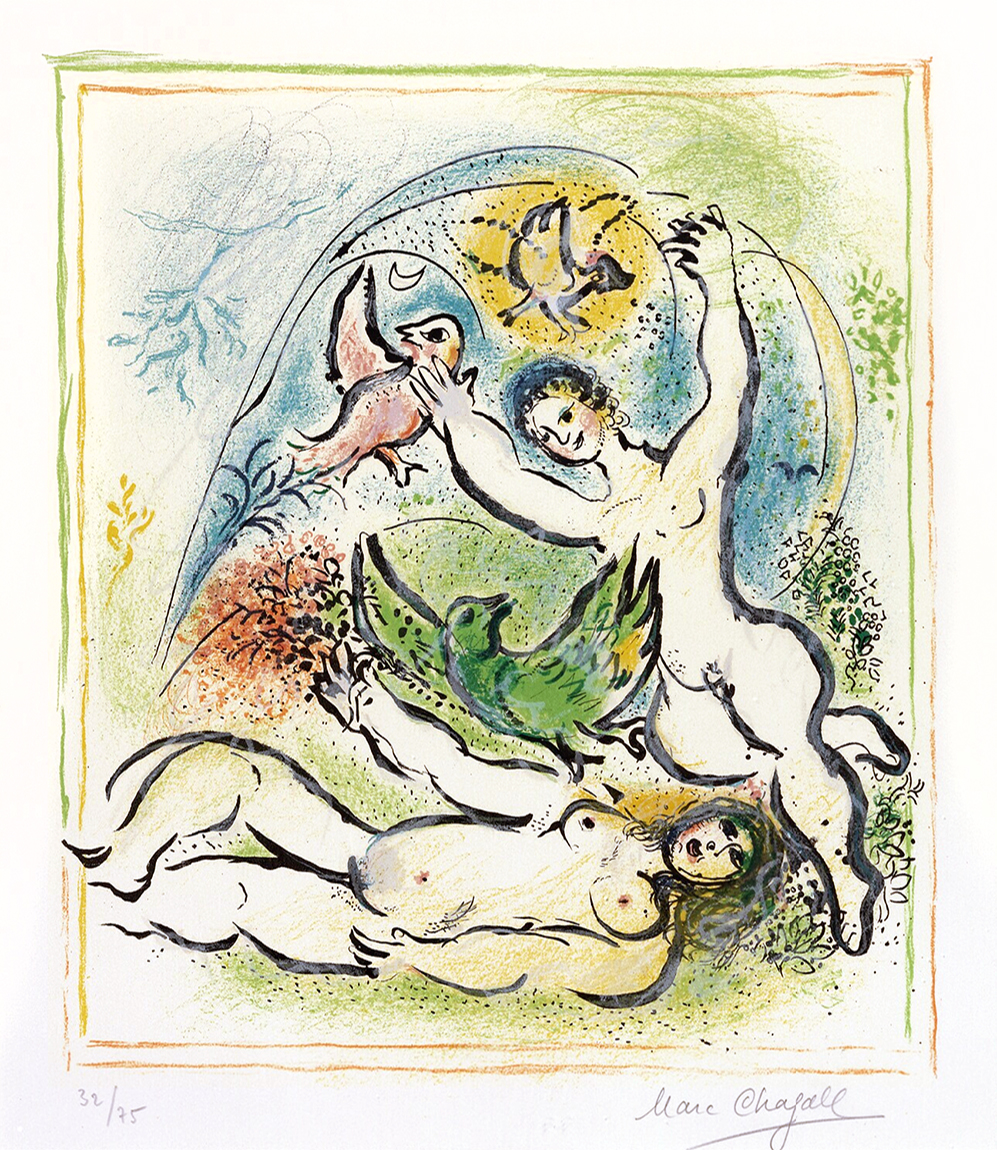 Marc Chagall Sur la terre des dieux (In the land of the gods), 1967 is a beautiful color lithograph that features two human figures frolicking in nature with birds and foliage around them. The work captures Chagall’s illustrative and narrative style. Muted yellows, blues and greens softly color the composition and the sweeping lines create motion and energy. Chagall was known for his fascination for biblical stories, but also for in interest in ancient Greek myths. The title “In the land of the gods” suggests a Greek origin, possibly alluding to nymphs or satyrs playing in forested nature. This beautiful lithograph is an excellent showcase of Chagall's artistic imagination and technical execution.

Of Chagall's fascination with Greek mythology Robert Marteau (who wrote the preface for In the Land of the Gods) states, "In truth, Chagall has always lived in that Greece where the stuff of the universe has no seam, and where humanity is human just because it participates in the divine, and in each act proves that this is so. Moreover, Greece teaches us that the essential act is poetic, allowing image, metaphor, and myth, not to interpret nature, but everlastingly to renew creation so that we live in a perpetual revolution" (Mourlot, 142).

Catalogue Raisonné & COA:
Marc Chagall Sur la terre des dieux (In the land of the gods), 1967 is fully documented and referenced in the below catalogue raisonnés and texts (copies will be enclosed as added documentation with the invoices that will accompany the sale of the work).

About the Framing:
Framed to museum-grade, conservation standards, Marc Chagall Sur la terre des dieux (In the land of the gods), 1967 is presented in a complementary moulding and finished with silk-wrapped mats and optical grade Plexiglas.