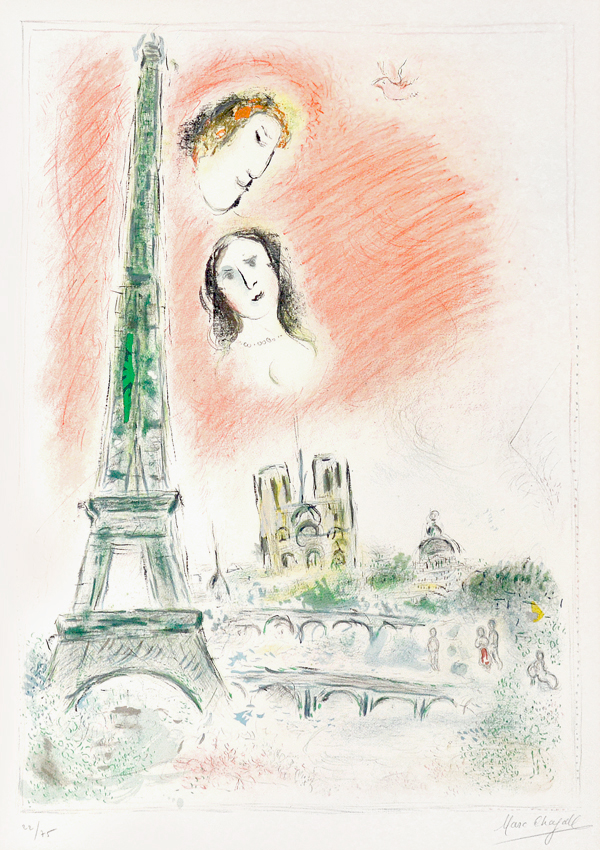 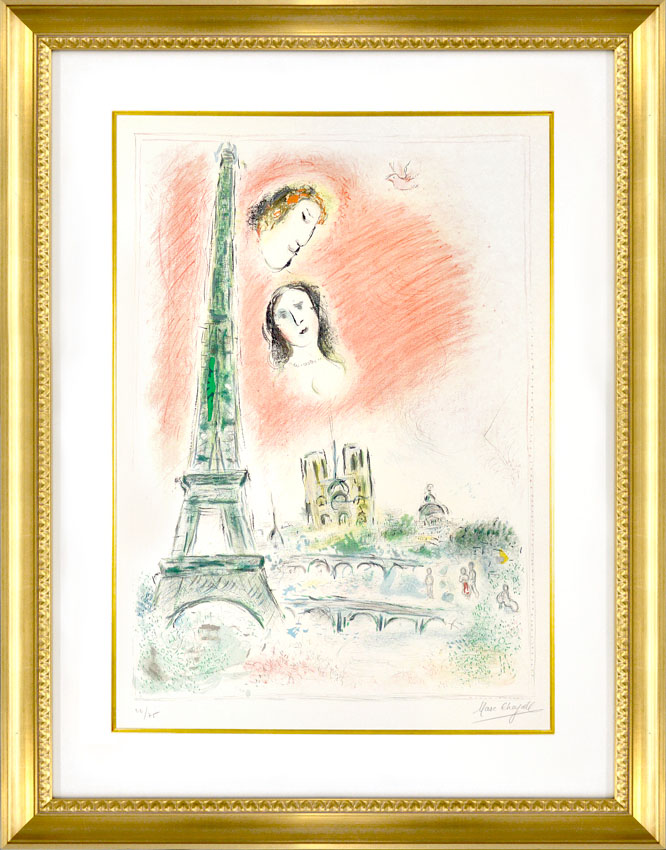 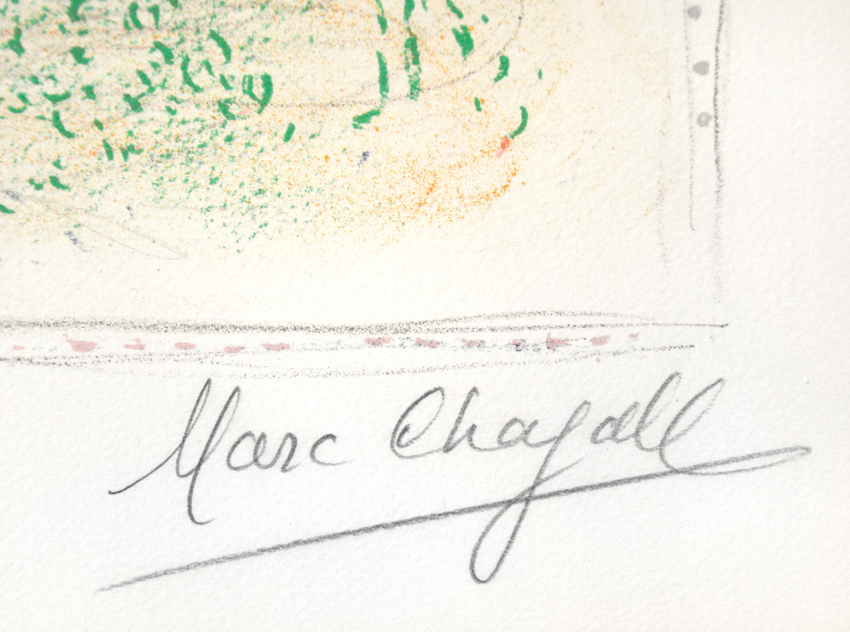 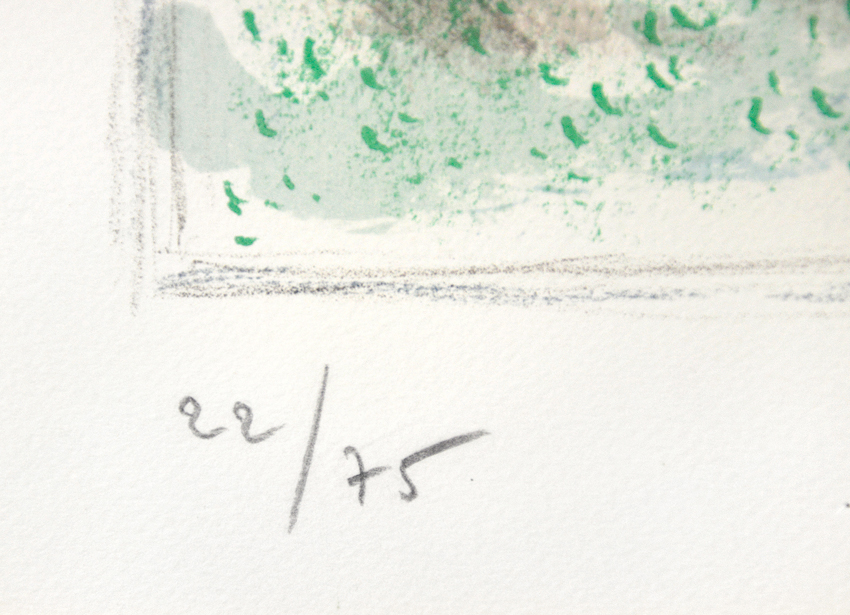 CATALOGUE RAISONNÉ & COA:
Marc Chagall Paris Dream (Le rêve de Paris), 1969-70, is fully documented and referenced in the below catalogue raisonnés and texts (copies will be enclosed as added documentation with the invoices that will accompany the final sale of the work):