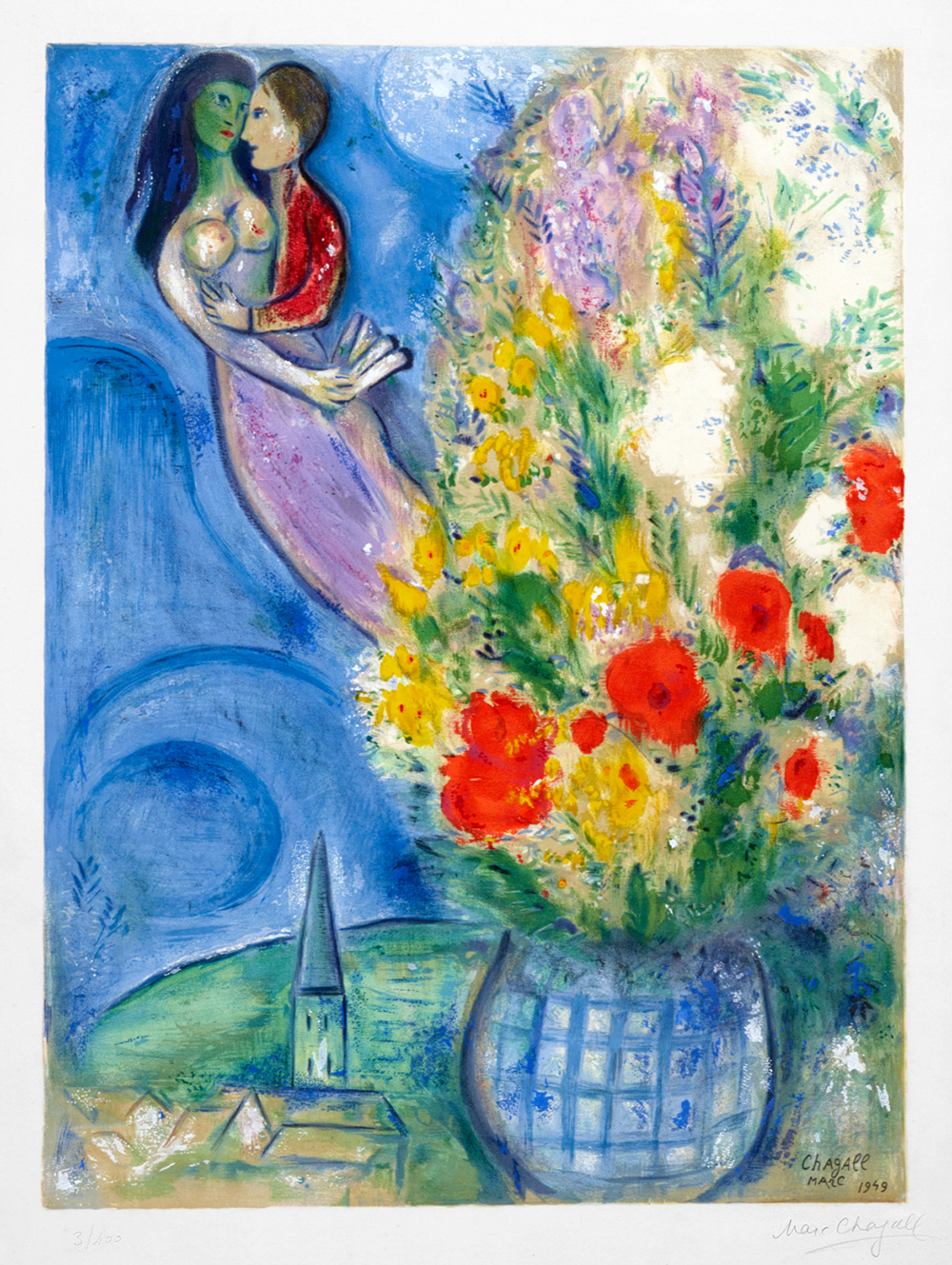 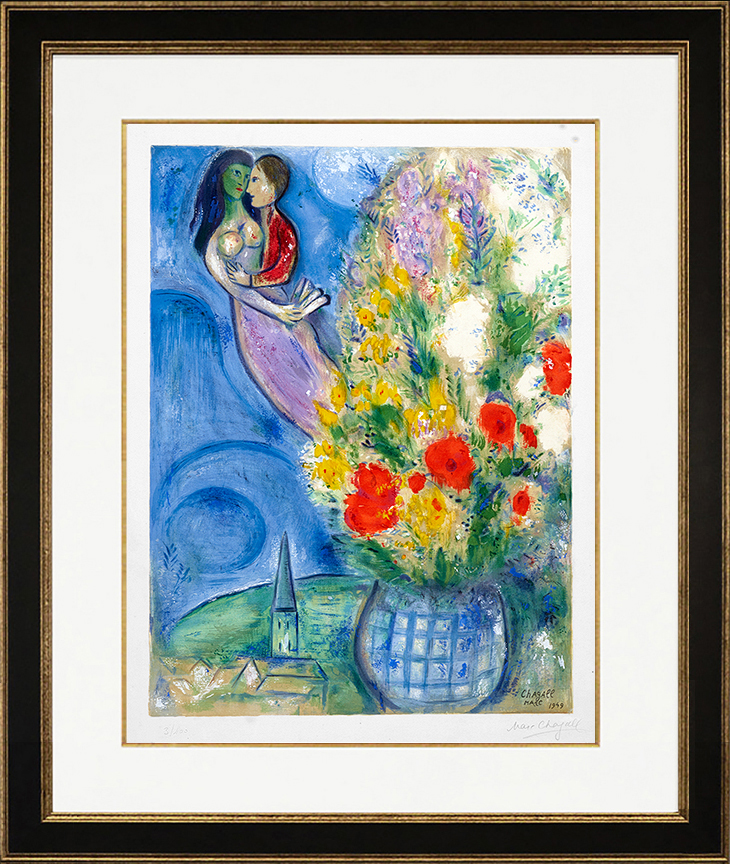 Visually stunning and incredibly captivating, Marc Chagall Les Coquelicots (Red Poppies), 1949 stirs our emotions and unearths our most romantic sentiments. The foreground is ablaze with a lush vase of poppies and wildflowers, blending shades of sun yellows, violets, white, marigolds, and bright red. The torrent of flowers explodes from the vase, climbing up and up to almost unrealistic heights. The checkered vase is a soft periwinkle blue, complementing the background which extends beyond in a vast landscape. The green, rolling hills and church steeple serve to anchor the composition. Two lovers, floating in the brilliant blue sky, embrace tenderly. The man is dressed in a red shirt, belying the passion for his lover. The woman is adorned in a lavender dress, which hugs her body sensually. Chagall is known for the romanticism of his painting, and here the blossoming flowers and the embracing couple in the sky are every bit as romantic as possible.

Catalogue Raisonné & COA:
Marc Chagall Red Poppies (Les Coquelicots), 1949 is fully documented and referenced in the below catalogue raisonnés and texts (copies will be enclosed as added documentation with the invoices that will accompany the final sale of the work).

About the Framing:
Marc Chagall Red Poppies (Les Coquelicots), 1949 is framed to museum-grade, conservation standards, presented in a complementary moulding and finished with linen-wrapped mats and optical grade Plexiglas.