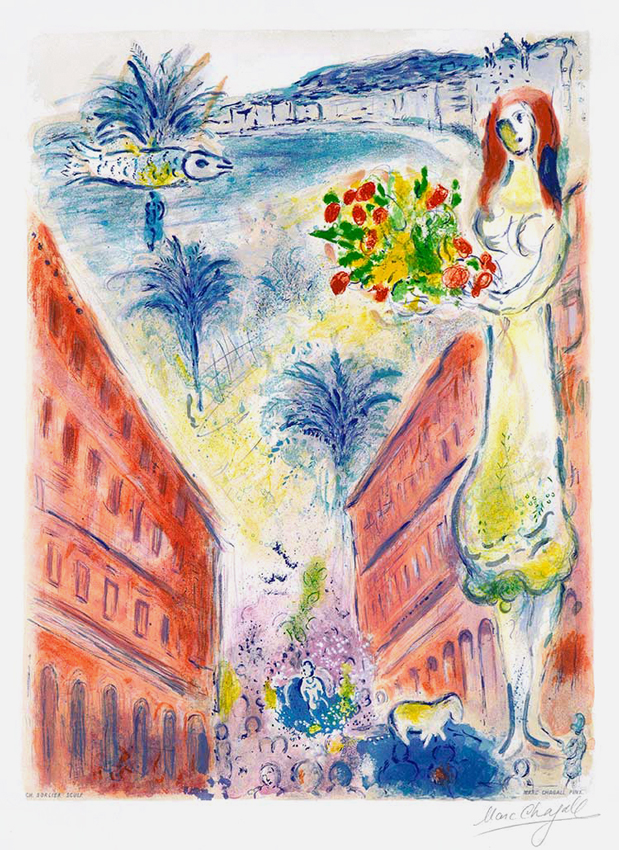 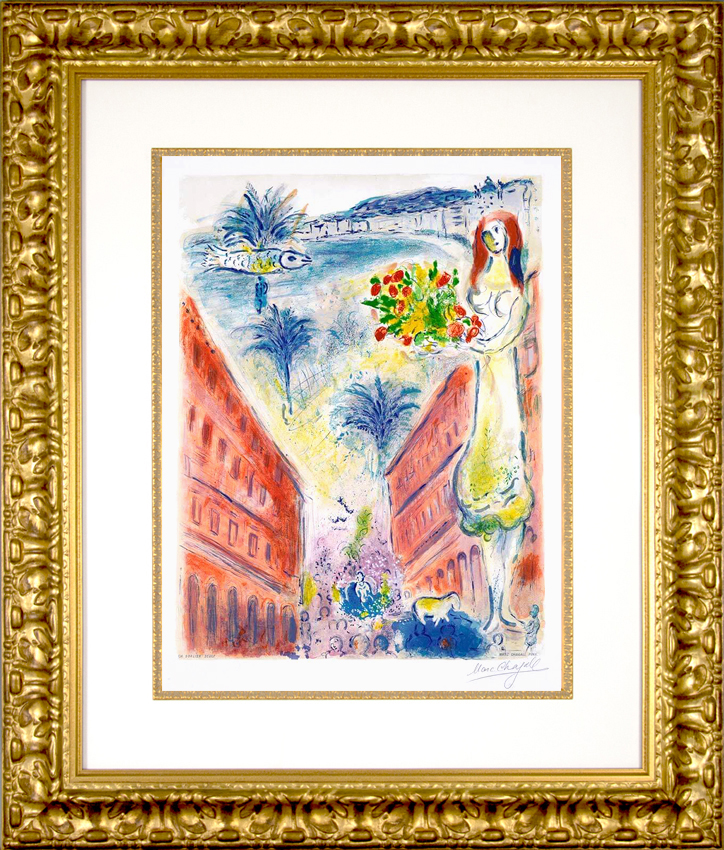 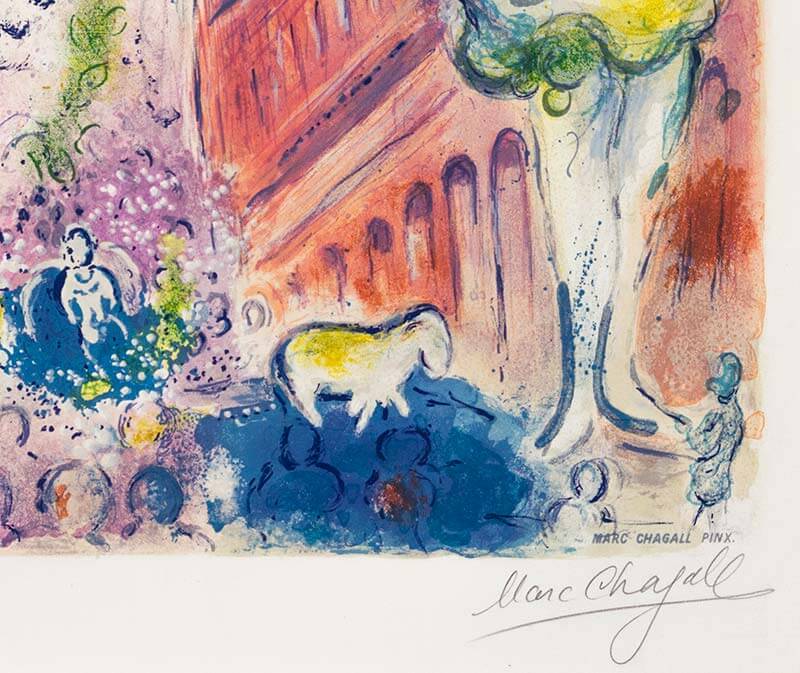 In Chagall La Victoire, 1967, inspired by the warmth, joy, and plentitude of the Mediterranean, Chagall offers us a refreshing take at the old French subject of Victory. His flushed pallet and carefree gestures allow us to understand and experience Victory as do the Niçois, under the glow of the wonderfully carefree and warm Mediterranean sun.

Using the Avenue De La Victoire as his muse, Chagall constructs an iconography that is buoyant and cheerful, while remaining true to the traditional elements of the subject. A riot of color assaults the viewer as a torrent of pedestrian commoner’s stream between a colonnade replete with a row of arches down Victory Avenue. Chagall’s Niçois version of lady Victory is a sinewy red head with flushed cheeks and round bust.  Instead of the customary flag, this iconoclast offers her citizens a flourishing bouquet of Niçois flowers that radiate color and warmth under Chagall’s hand. Lest we forget about the tender and moving Mediterranean sea, which in its reflection of the  midday sun, foments the jocund atmosphere, Chagall finishes his piece using a playful cerulean blue to create a quirky fish and the gentle sea as it laps against the shoreline. The whimsical cast of characters and effulgent colors testify to the effects of the Mediterranean on Chagall, which are especially evident in this work. It is that certain light-heartedness of the Mediterranean that drew Chagall and other’s to the sea, and which we perhaps should endeavor to incorporate into our daily lives, if not by actually visiting, then by owning this piece.

This piece is part of a set of 12 lithographs titled Nice and the Côte d'Azur that were created in collaboration between Chagall and Charles Sorlier. This work is an unnumbered artist proof aside from the numbered edition of 150. This piece is hand signed by Marc Chagall (Vitebsk, 1887 - Saint-Paul, 1985) in pencil in the lower right margin and signed 'CH. SORLIER SCULP' in the stone in the lower left of the image and 'MARC CHAGALL PINX' in the stone in the lower right of the image.

Catalogue Raisonné & COA:
Marc Chagall La Victoire, 1967 is fully documented and referenced in the below catalogue raisonnés and texts (copies will be enclosed as added documentation with the invoice accompanying the final sale of the work).