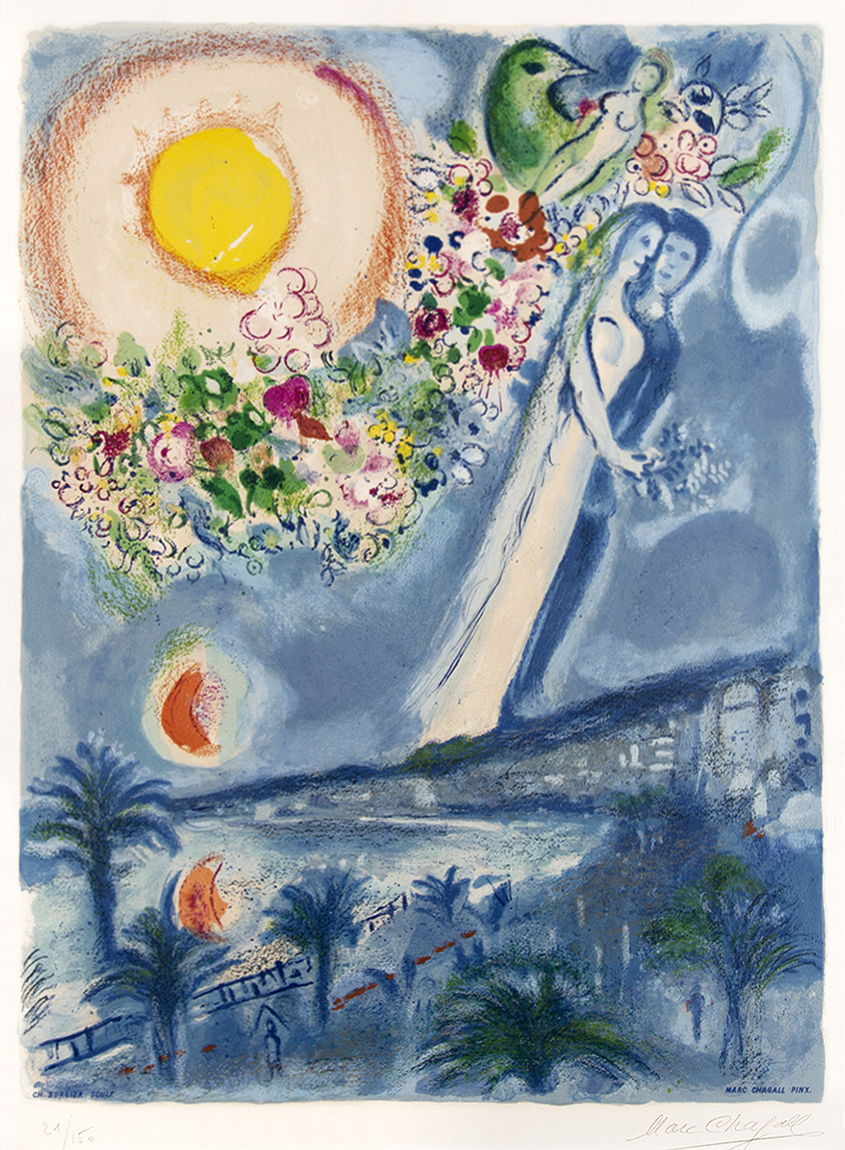 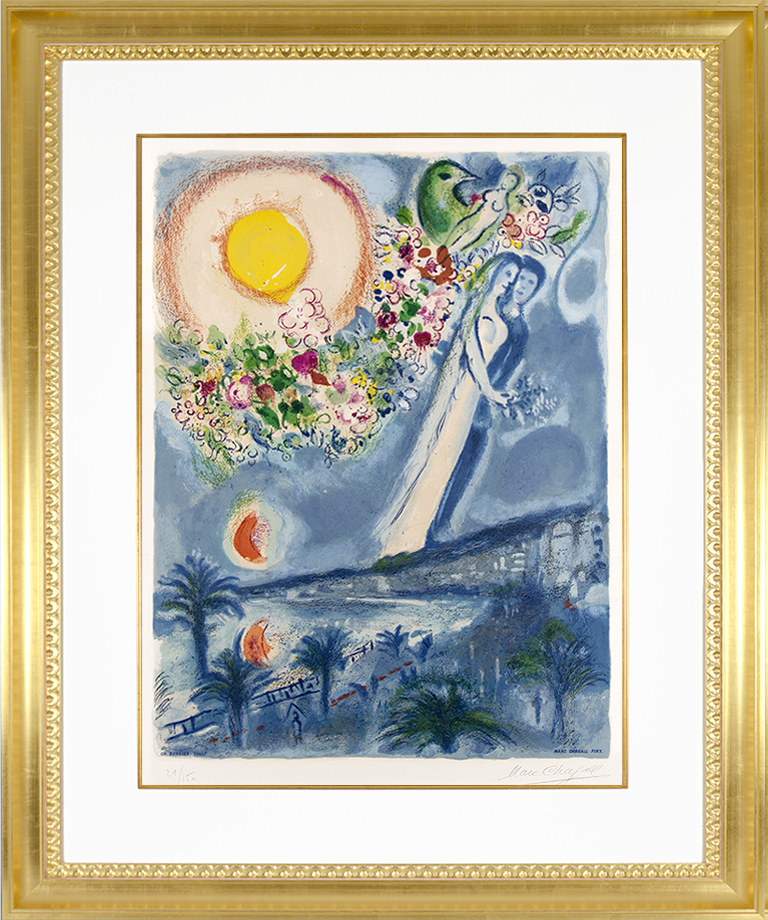 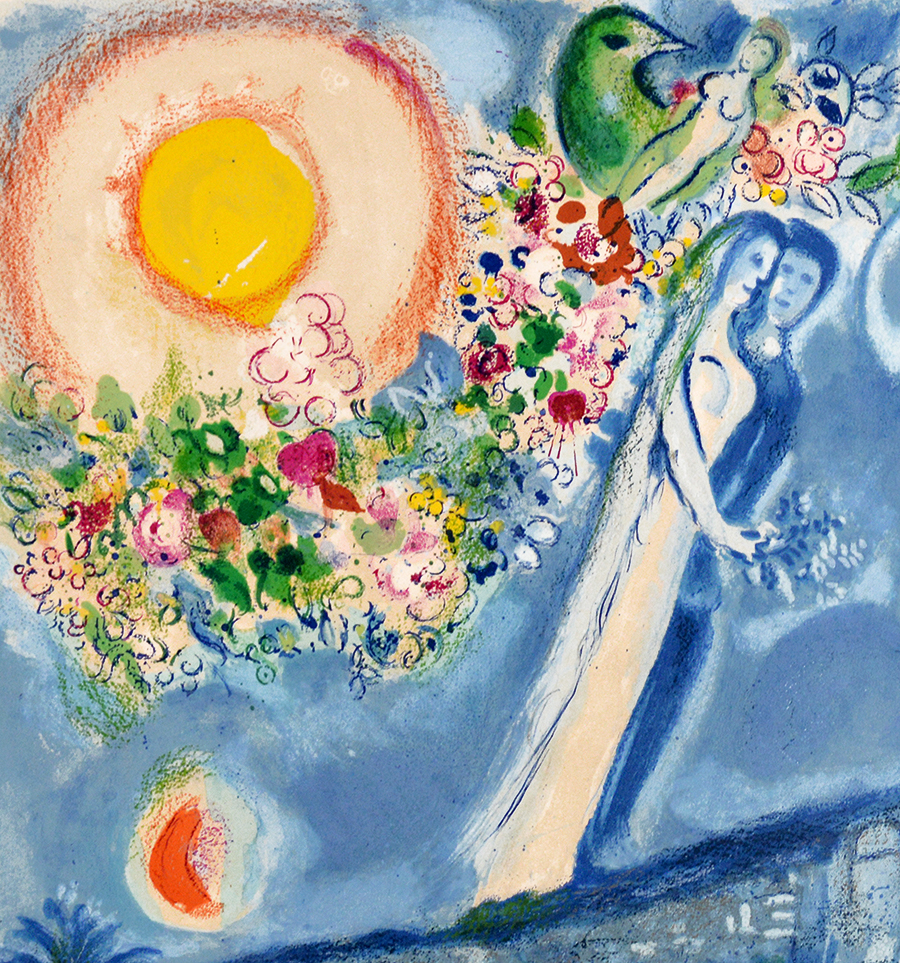 Marc Chagall  Fiancés in the sky of Nice (Fiancés in the Sky at Nice), 1967 is one of twelve from the Nice & the Côte d'Azur series. Bright and joyful, the colors in this work are boldly placed with large areas of red, green, blue, orange, and yellow tones. Capturing our attention are two figures on the front of the picture, the male and female in bridal dress floats above the Mediterranean in a gentle embrace. Above them flies a watchful green bird, a symbol of their new family and fertility. Surrounded by an explosive boquet of bright and fresh flowers, the couple is unaffected by their lavish surroundings as they focus intently on one another, enjoying the beginning of their new lives together. Beautifully colored and full of expression, this work is a prime example of Chagall's sensitive and romantic style. Dreamlike in quality,

Catalogue Raisonné & COA:
Marc Chagall Fiancés in the Sky at Nice (1967),  is fully documented and referenced in the catalog of reasoned and texts (copies will be enclosed with the invoices that will accompany the final sale of the work).

About the Framing:
Marc Chagall Engaged in the Sky at Nice, 1967 is framed to museum-grade, conservation standards, presented in a complementary molding and finished with silk-wrapped and optical grade Plexiglas.