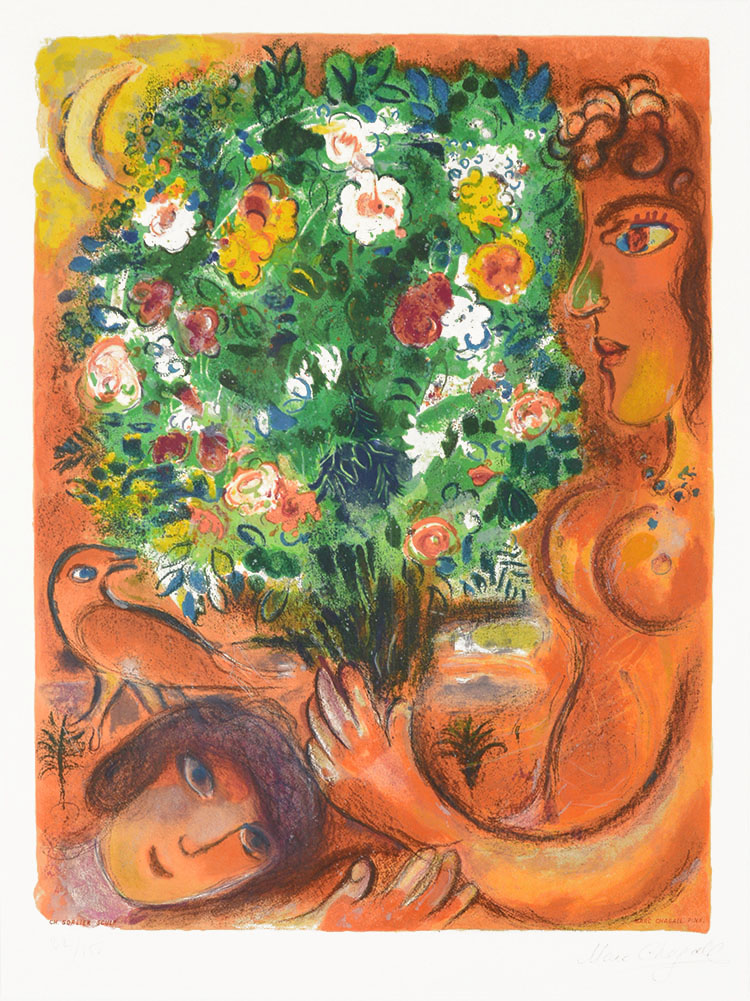 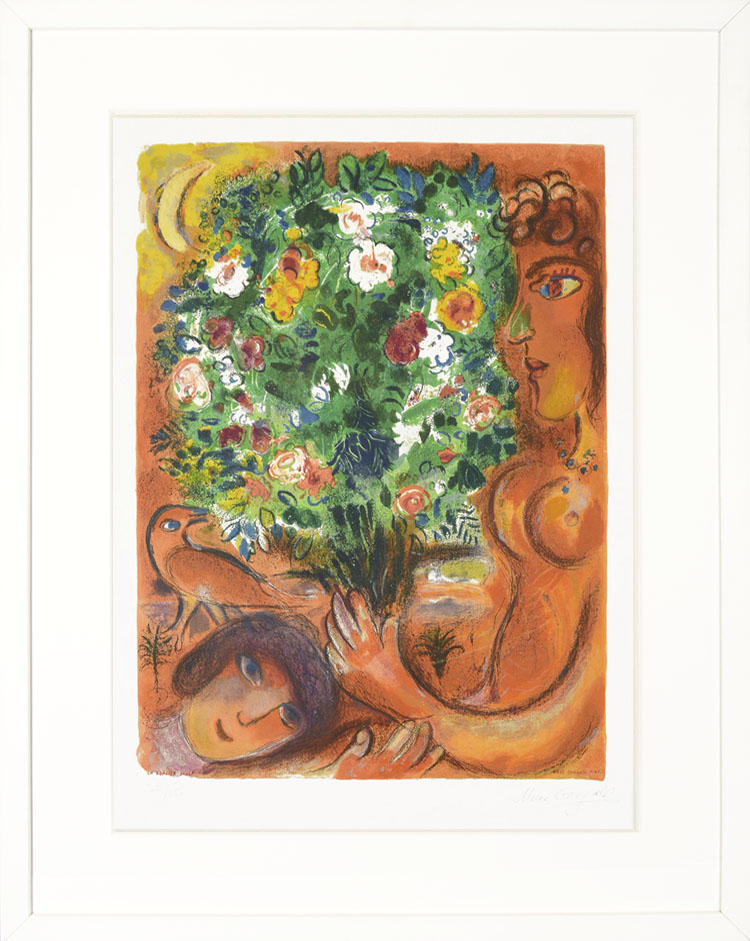 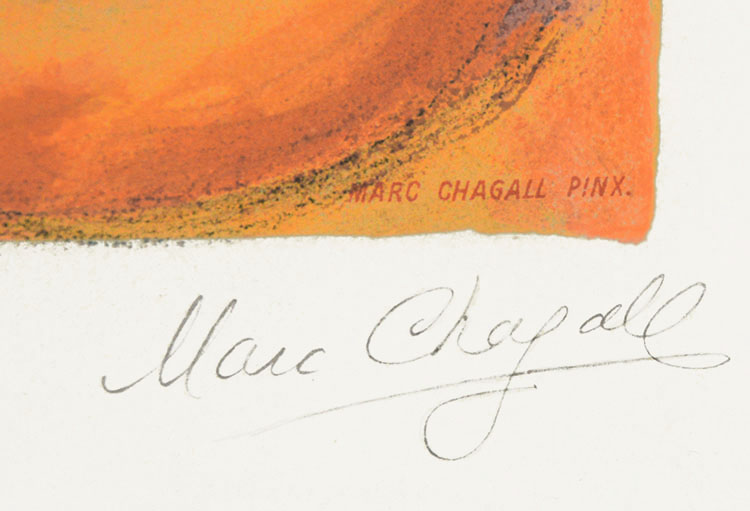 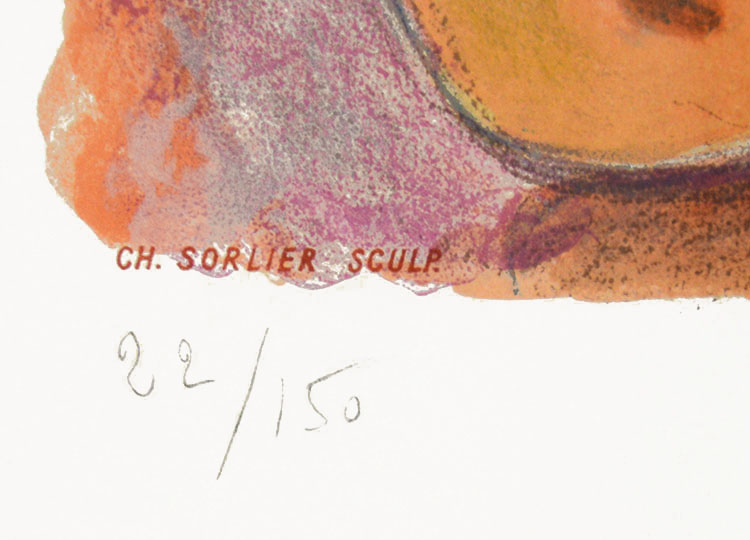 Entrenched in a beautiful orange glow, the woman holding her bouquet in this composition radiates with warmth and serenity capturing the feel of the Mediterranean. Beautifully inundated with a brilliant, orange glow, Femme au Bouquet could be considered one of the richest of the Nice and the Côte d'Azur series. The incredibly complex and varied color compositions explode from the work, while the bright greens of the bouquet contrast nicely with the oranges and reds. A simply captivating work that soothes the eye and soul, Chagall almost outdoes his own masterful skills in this ode to the majestic Mediterranean locations.

CATALOGUE RAISONNÉ & COA:
Chagall Woman with Bouquet (Femme au Bouquet) from Nice and the Côte d'Azur, 1967 is fully documented and referenced in the below catalogue raisonnés and texts (copies will be enclosed as added documentation with the invoices that will accompany the final sale of the work).

ABOUT THE FRAMING:
Chagall Woman with Bouquet (Femme au Bouquet) from Nice and the Côte d'Azur, 1967 is framed to museum-grade, conservation standards, presented in a complementary moulding and finished with silk-wrapped mats and optical grade Plexiglas.