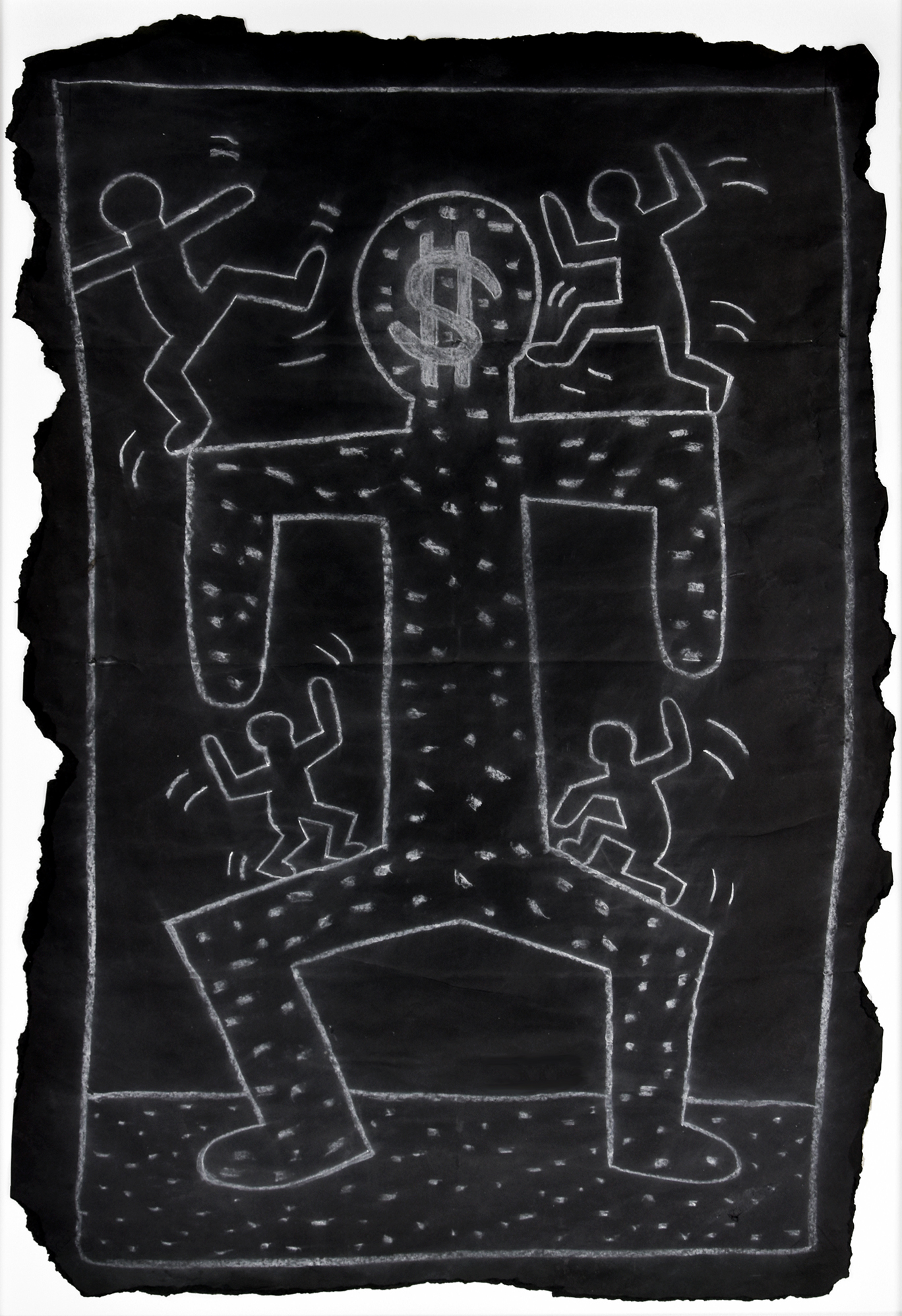 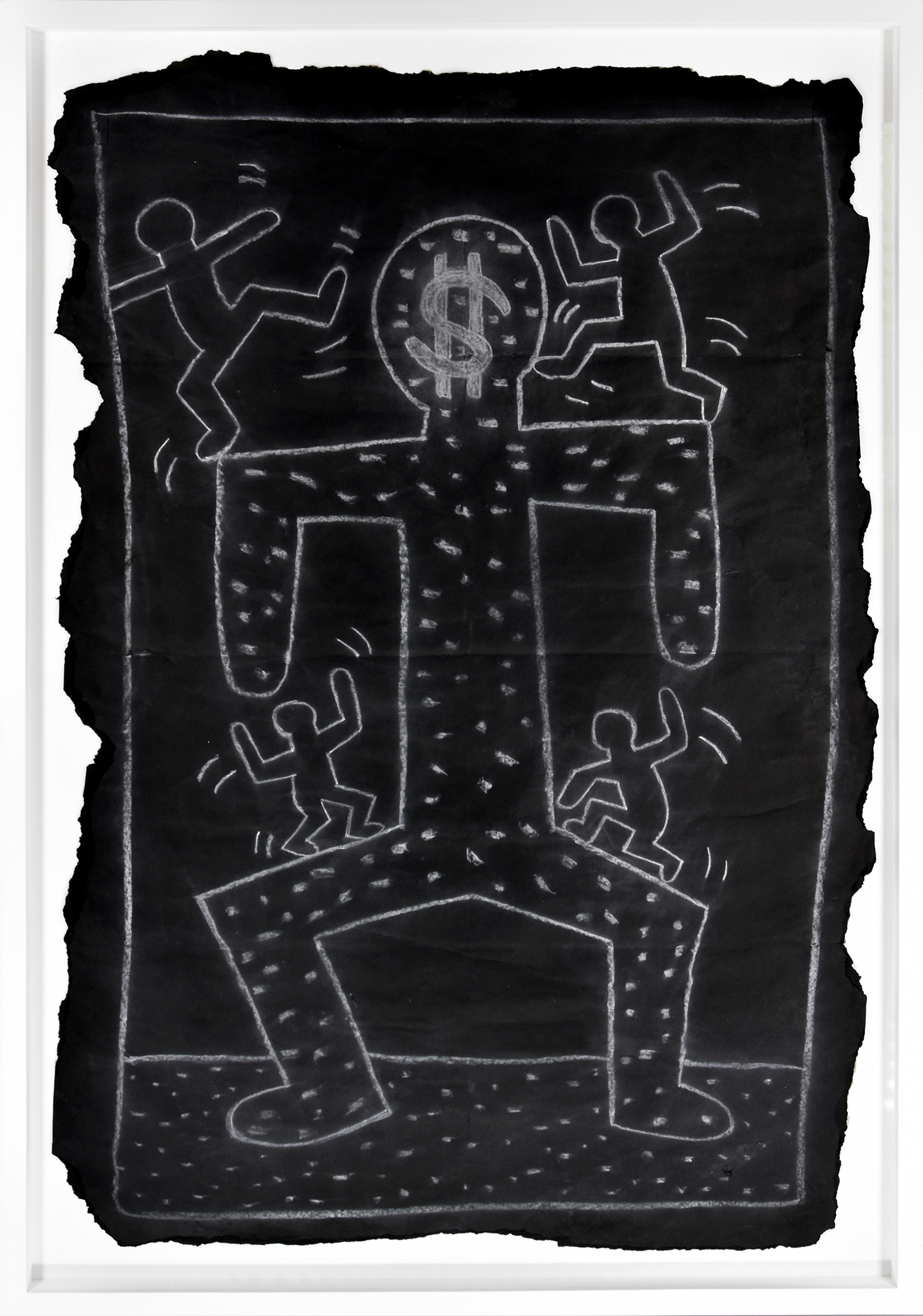 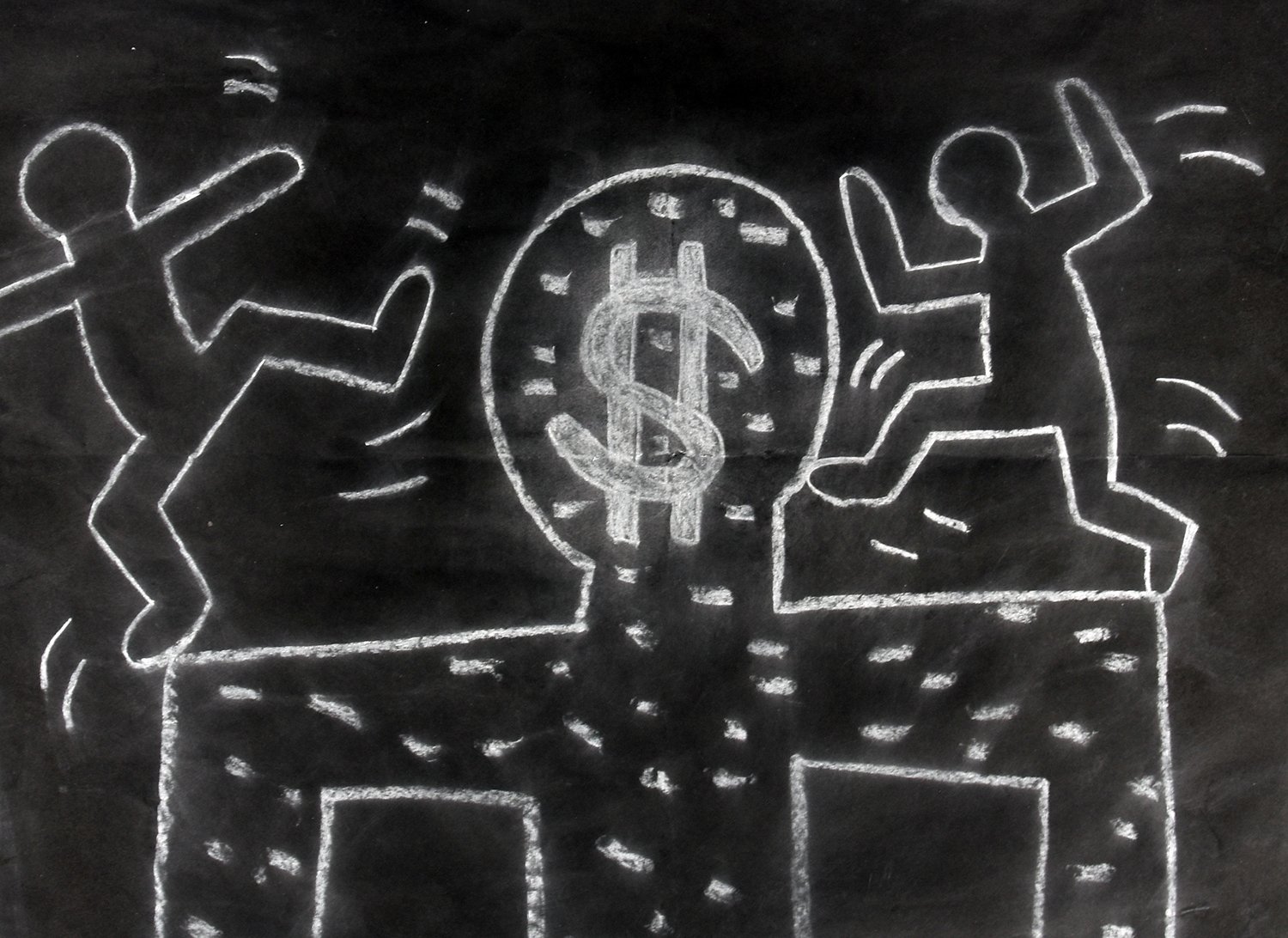 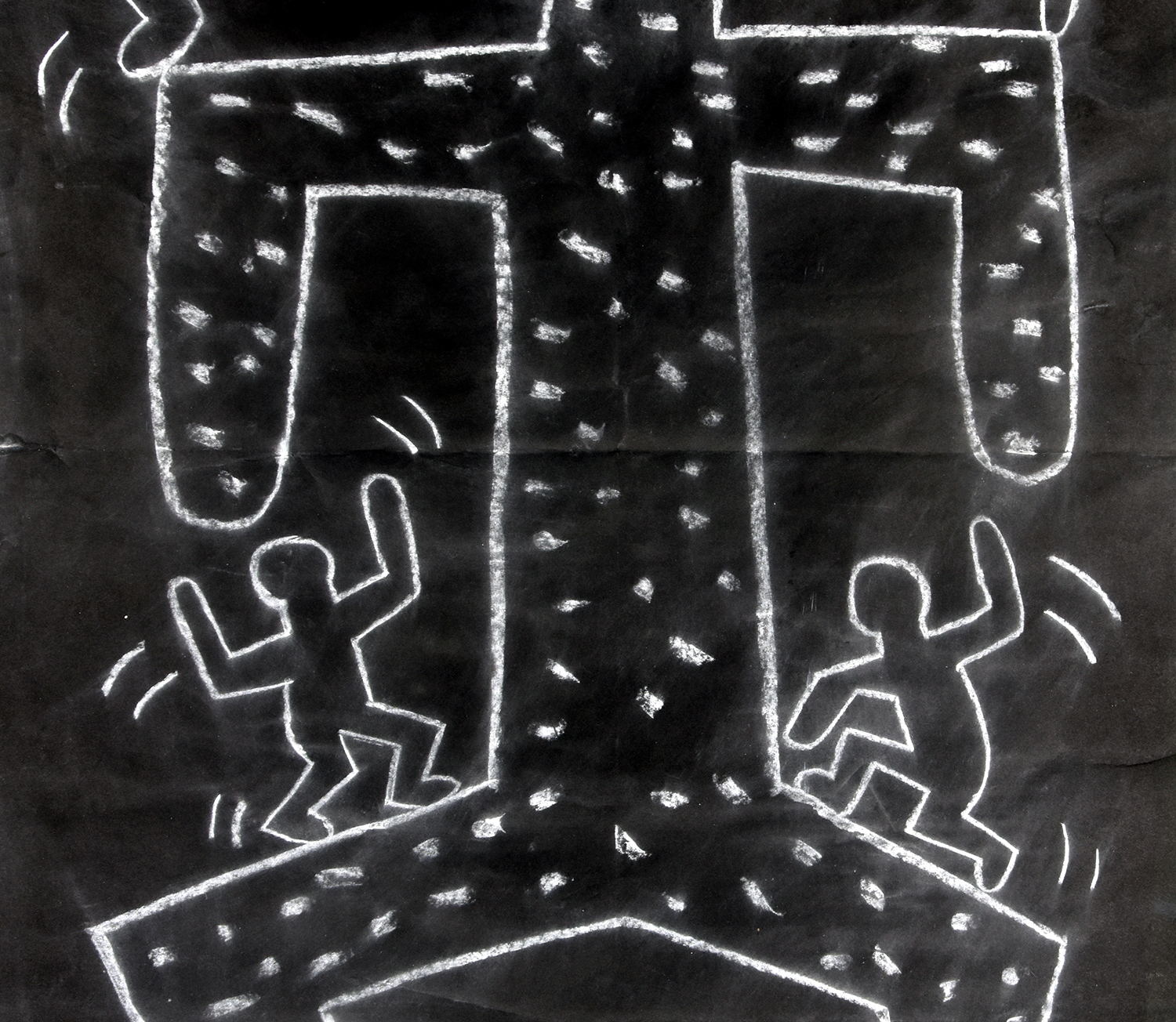 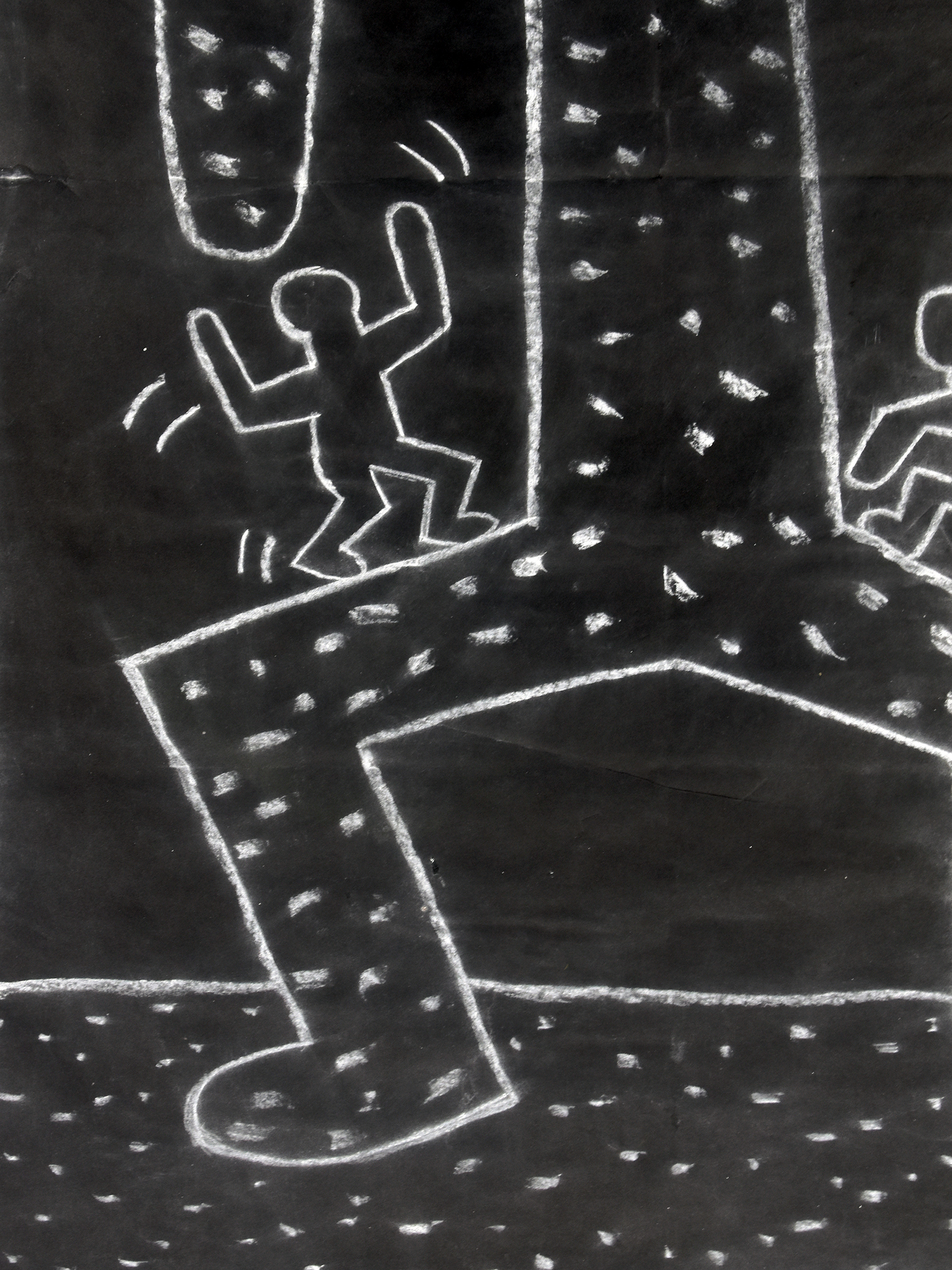 Keith Haring Untitled (Subway Drawing), c. 1980-1985 is one of thousands of his chalk drawings created in the subway stations of New York between 1980 and 1985. Prior to finding success in the world of galleries and museums, Haring’s art took shape in the form of graffiti. In creating these subway drawings during the period of his commercial renown, the artist dissolves the boundaries between fine and street art. This work in particular features five of the artist’s iconic humanoid figures, the largest of which stands in the center of the composition. Four secondary figures stand flailing their limbs about on the central figure’s knees and elbows. In the center of the main figure’s head, the artist has illustrated a large dollar sign in thick white line. In much of his work, Haring discusses consumerism using playful images that are easily digestible. In creating the imagery which appears in this work, he further advances this theme in a manner which is easily accessible to the general public.