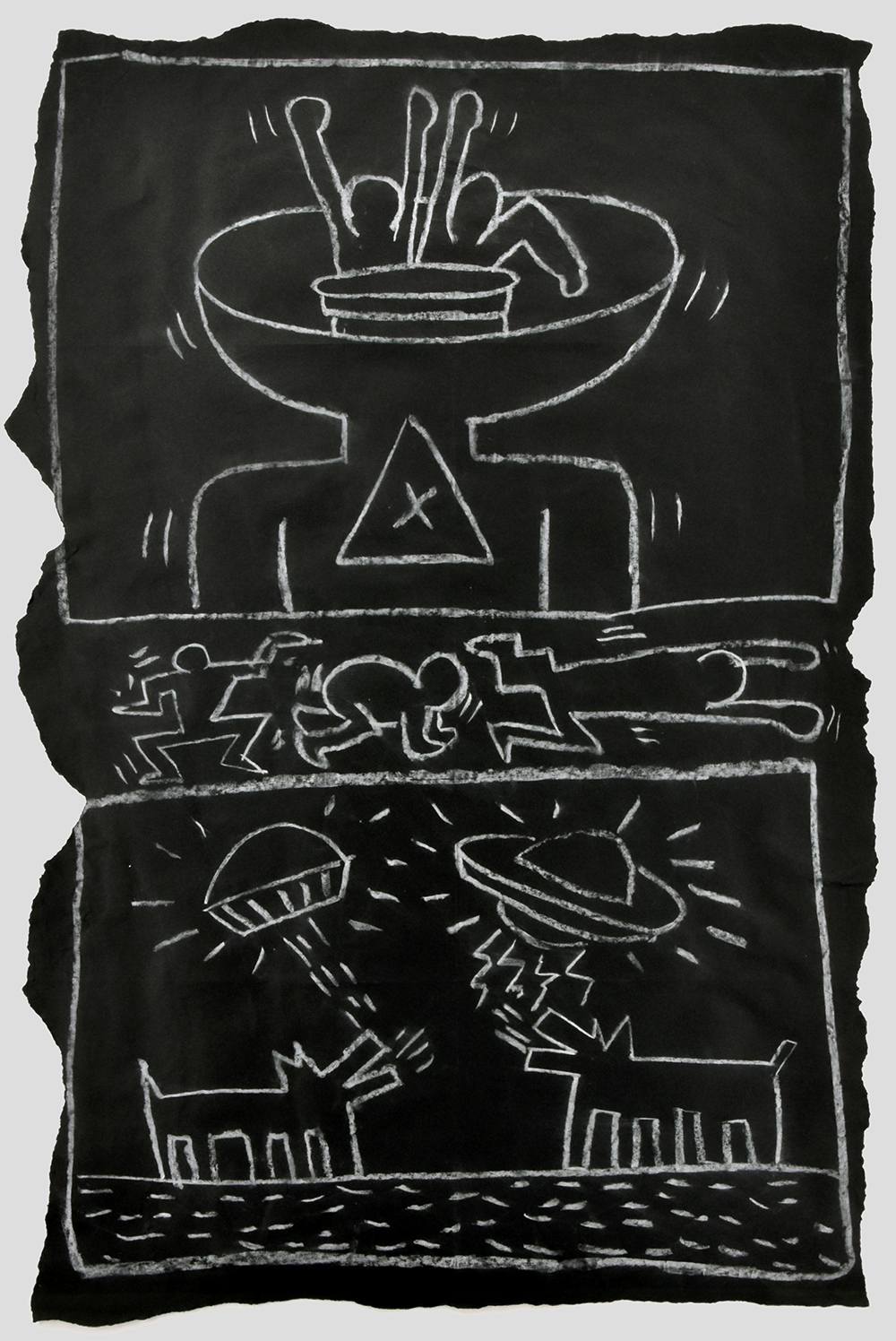 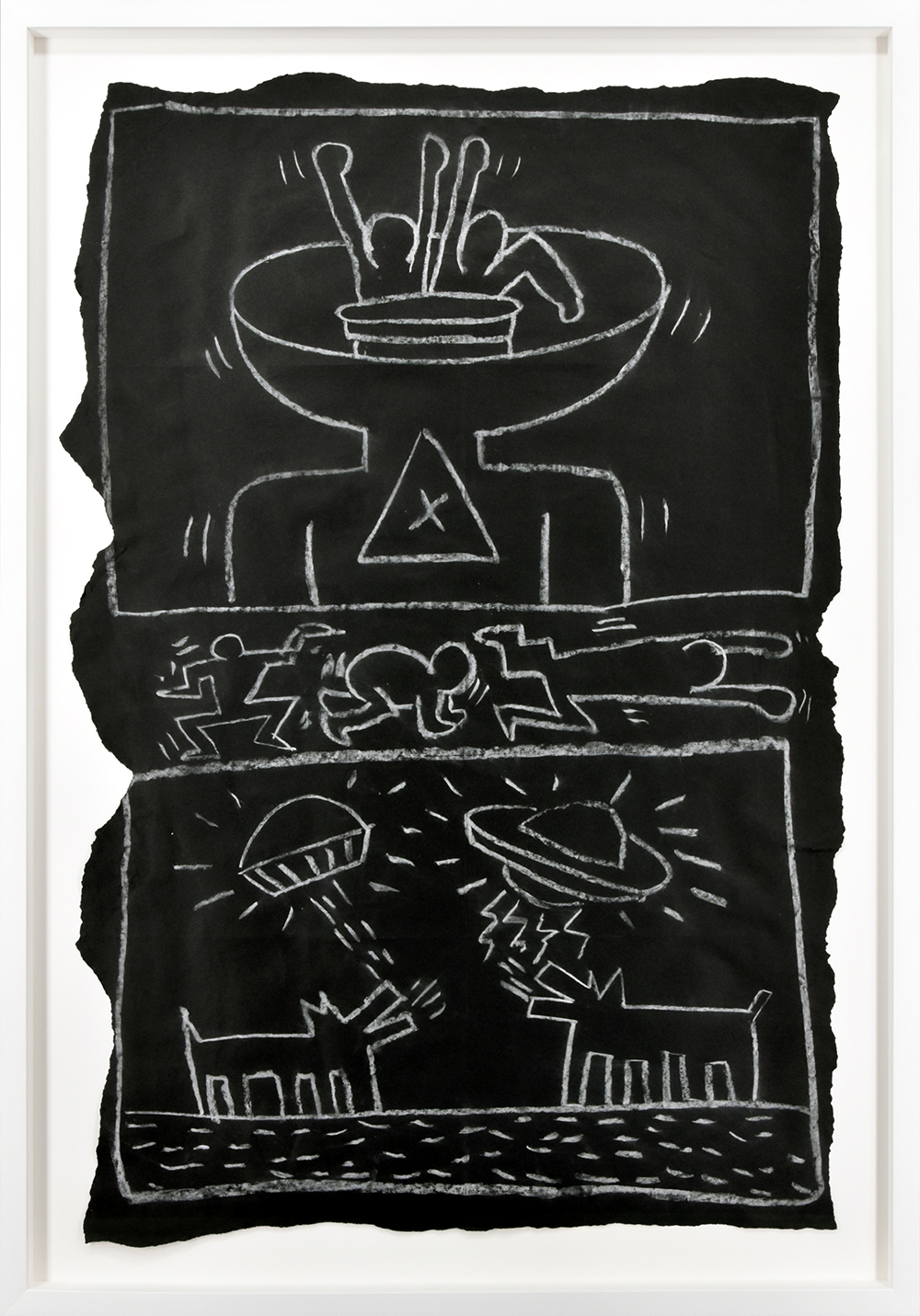 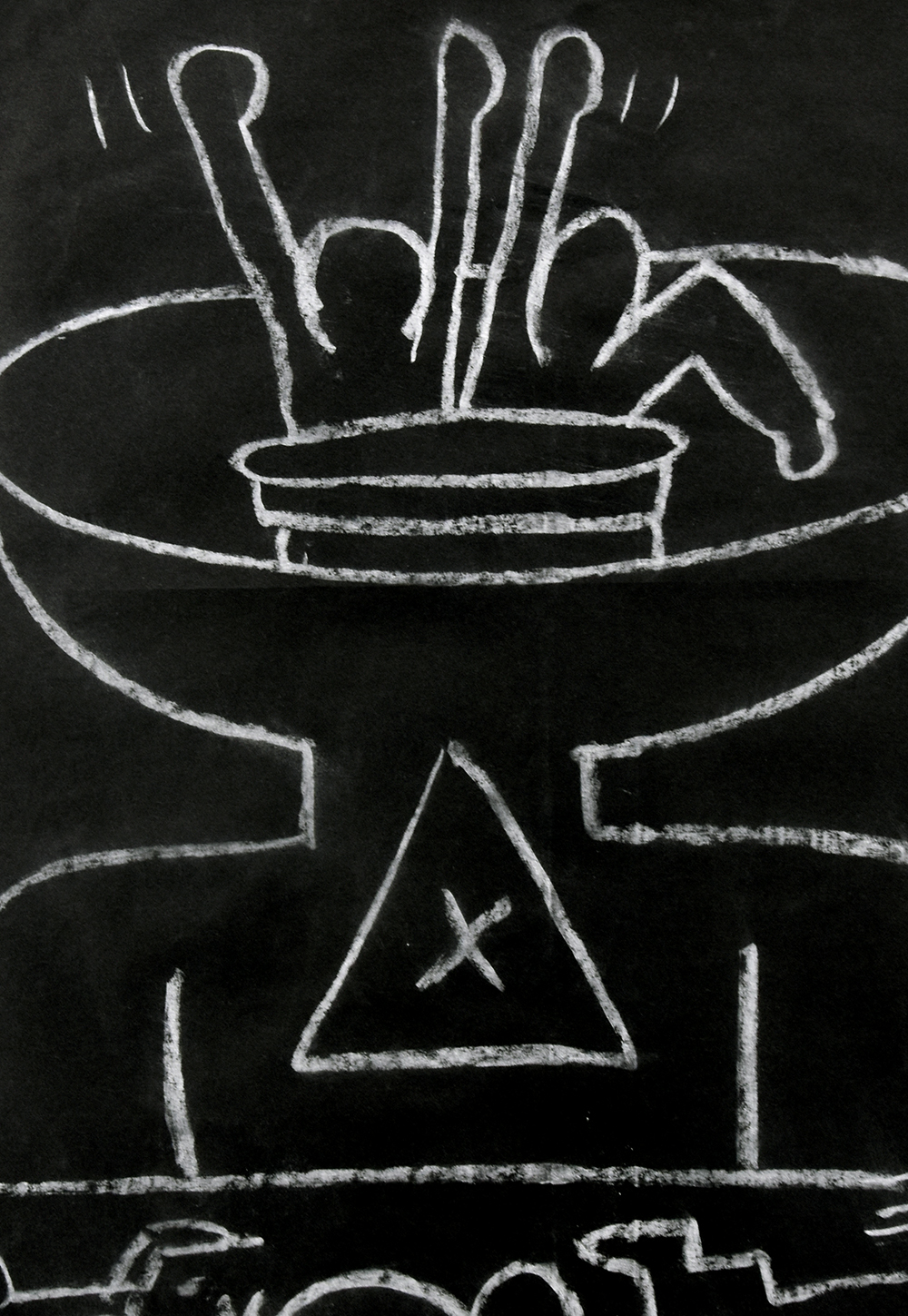 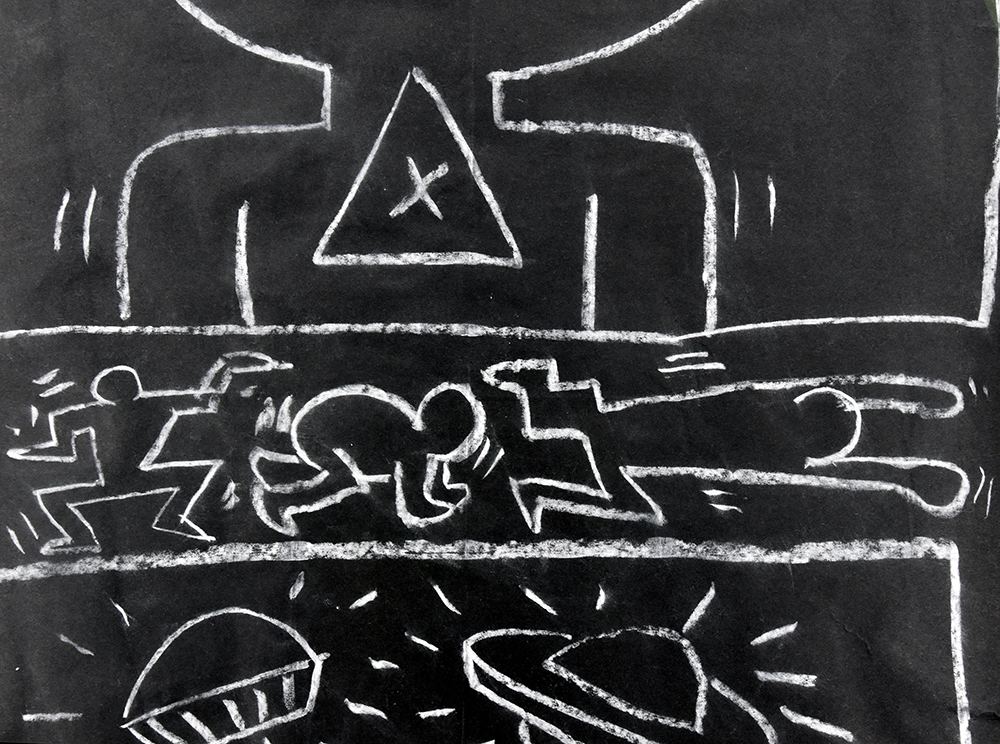 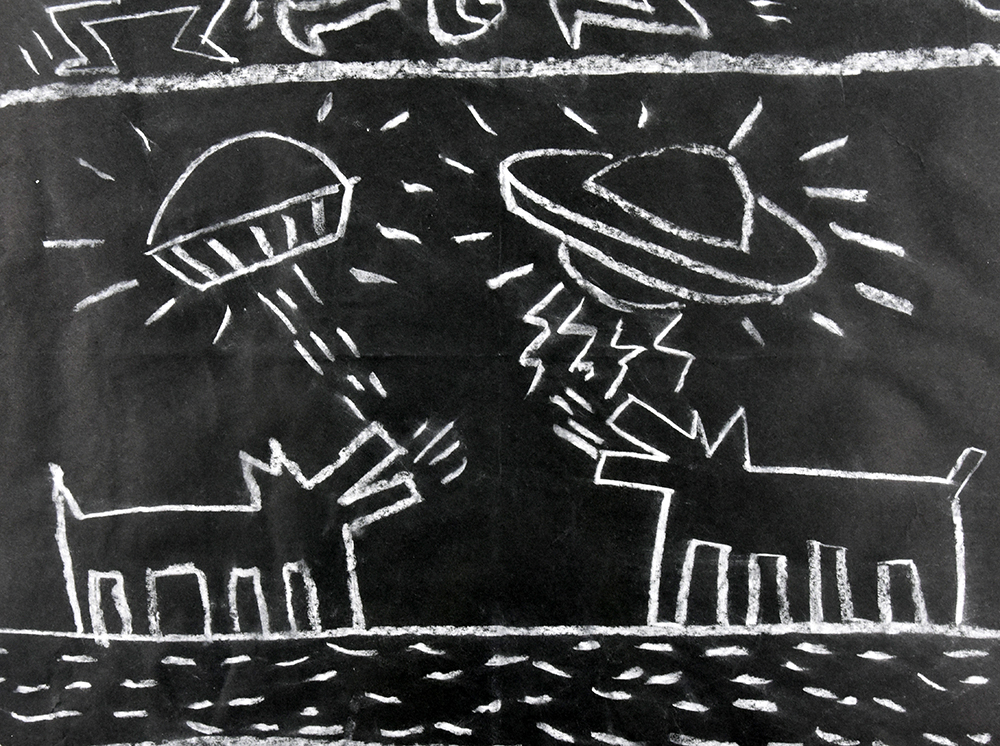 Keith Haring Untitled (Subway Drawing), c. 1980-1985 is one of thousands of his chalk drawings created in the subway stations of New York between 1980 and 1985. Prior to finding success in the world of galleries and museums, Haring’s art took shape in the form of graffiti. In creating these subway drawings during the period of his commercial renown, the artist dissolves the boundaries between fine and street art. This work is mainly composed of two horizontal panels in its upper and lower hemispheres, the first of which contains an image of two figures seated in the cavity of a larger figure’s bowl-shaped head. The lower panel features two of the artist’s iconic dog creatures barking at two flying saucers that hover in the sky above them. In the center of the composition between the two panels, three more figures appear to be crossing the width of the piece from left to right. The figure in the center is one of Haring’s signature crawling babies.