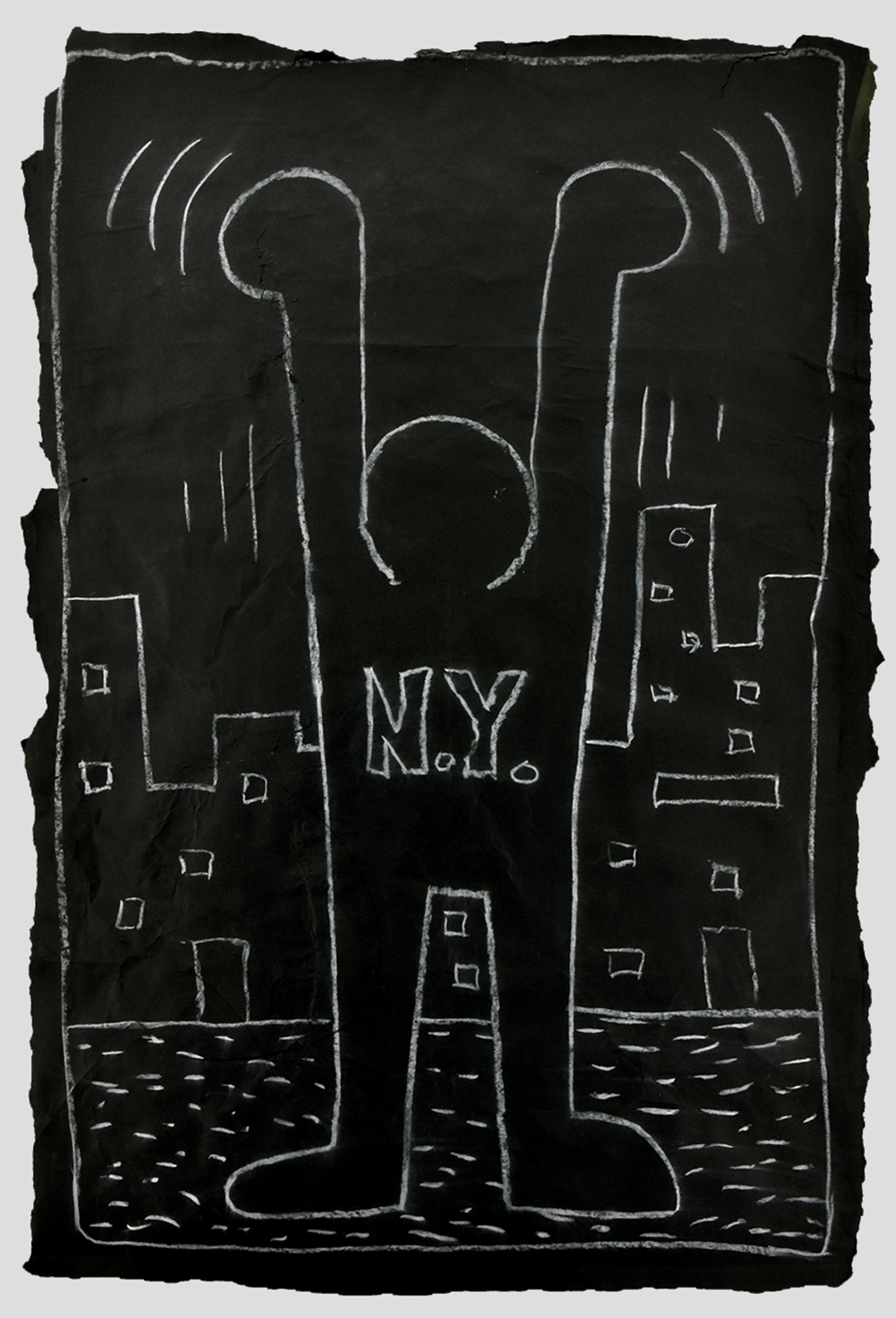 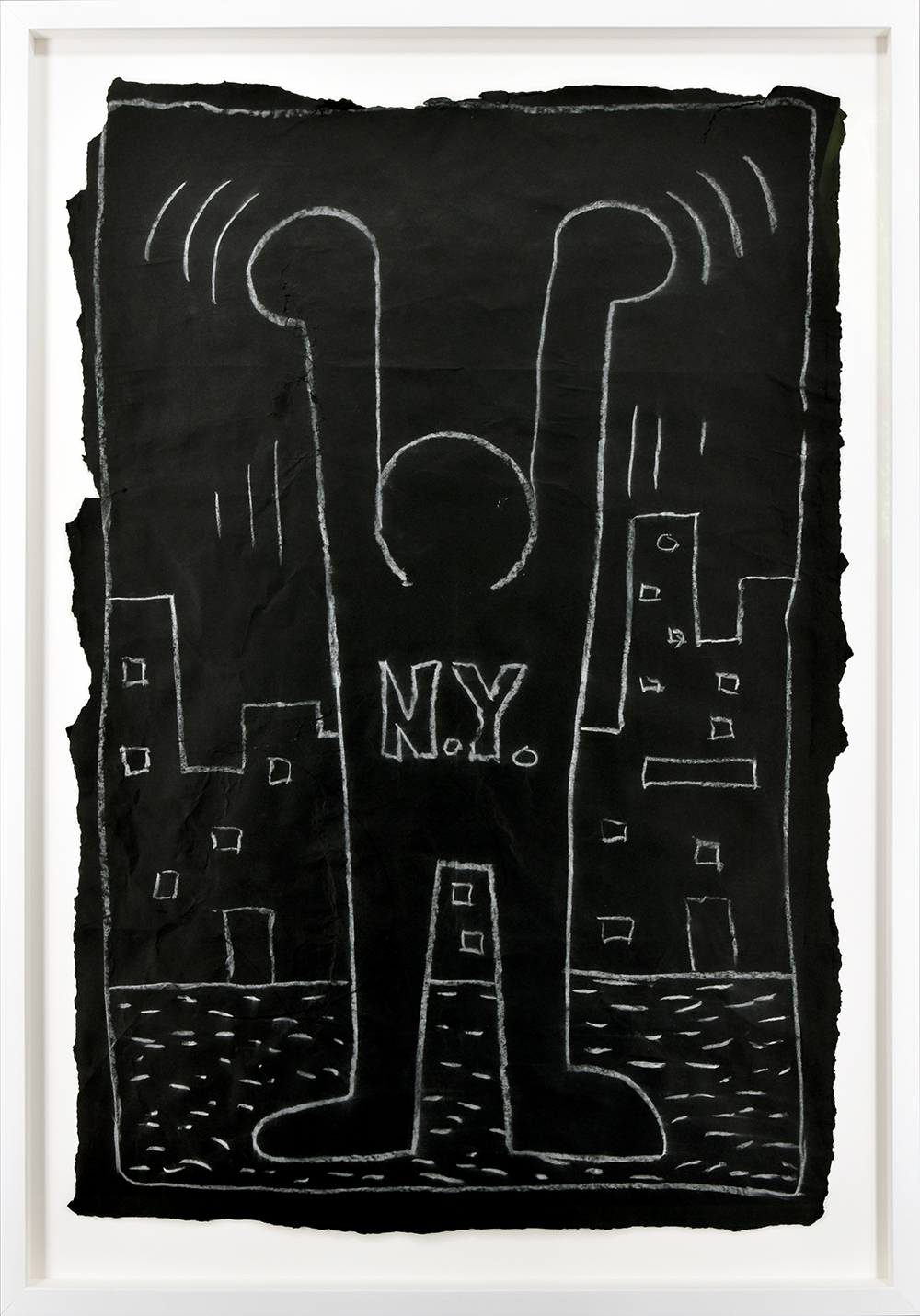 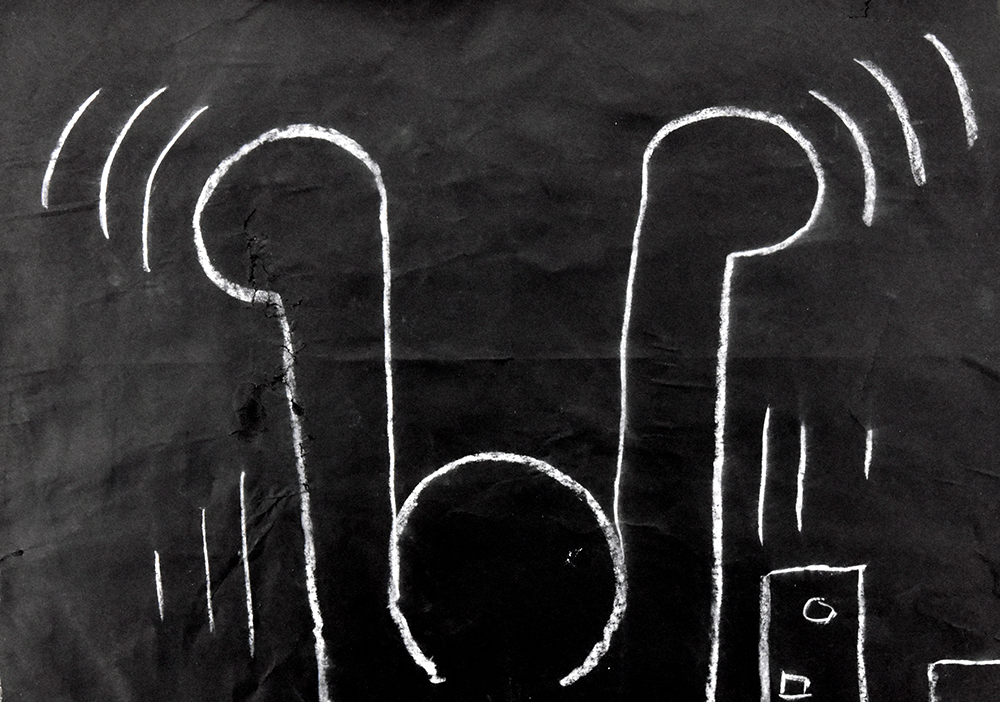 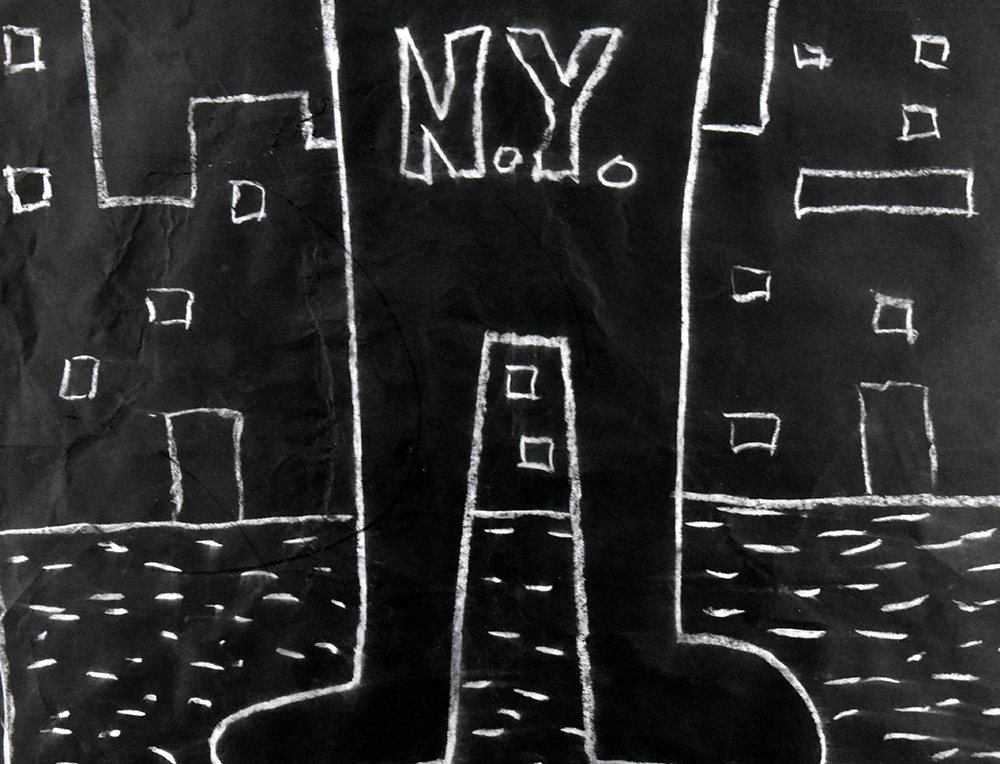 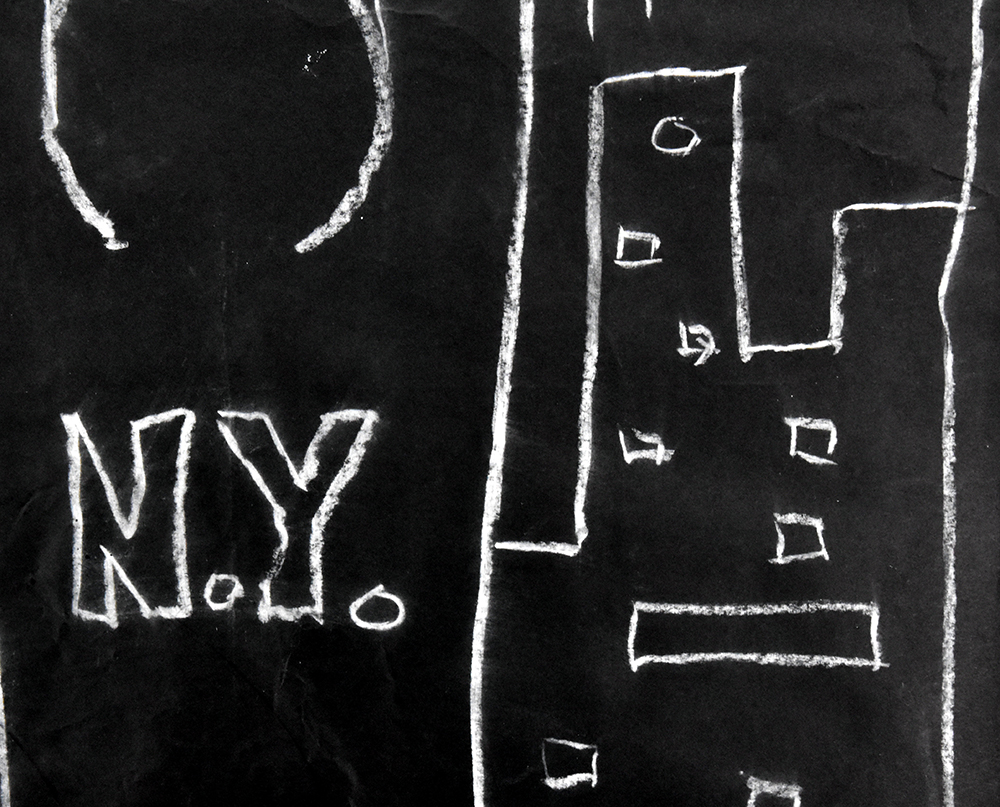 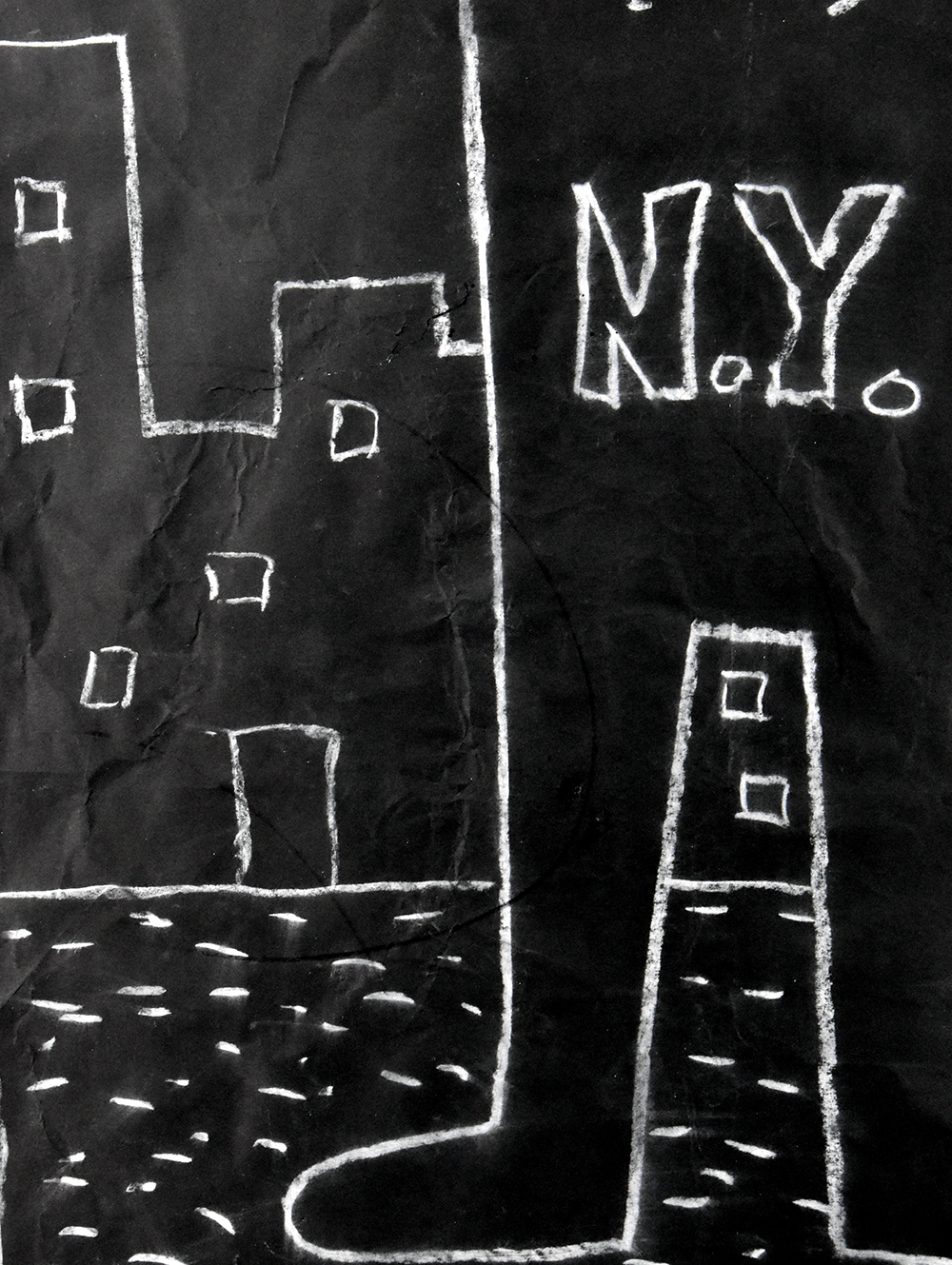 Keith Haring Untitled (Subway Drawing), c. 1980-1985 is one of thousands of his chalk drawings created in the subway stations of New York between 1980 and 1985. Prior to finding success in the world of galleries and museums, Haring’s art took shape in the form of graffiti. In creating these subway drawings during the period of his commercial renown, the artist dissolves the boundaries between fine and street art. In this symmetrical composition, the artist illustrates a singular figure . It stands in the center of the work with its feet planted firmly on the ground and its arms stretched straight above its head. The arms are accentuated with several movement lines, insinuating that the figure is quivering with either fear of excitement. In the center of the figure’s torso, the abbreviation “N.Y.” appears in bolded lettering. Behind the figure, Haring creates a simplified representation of his home, New York City.