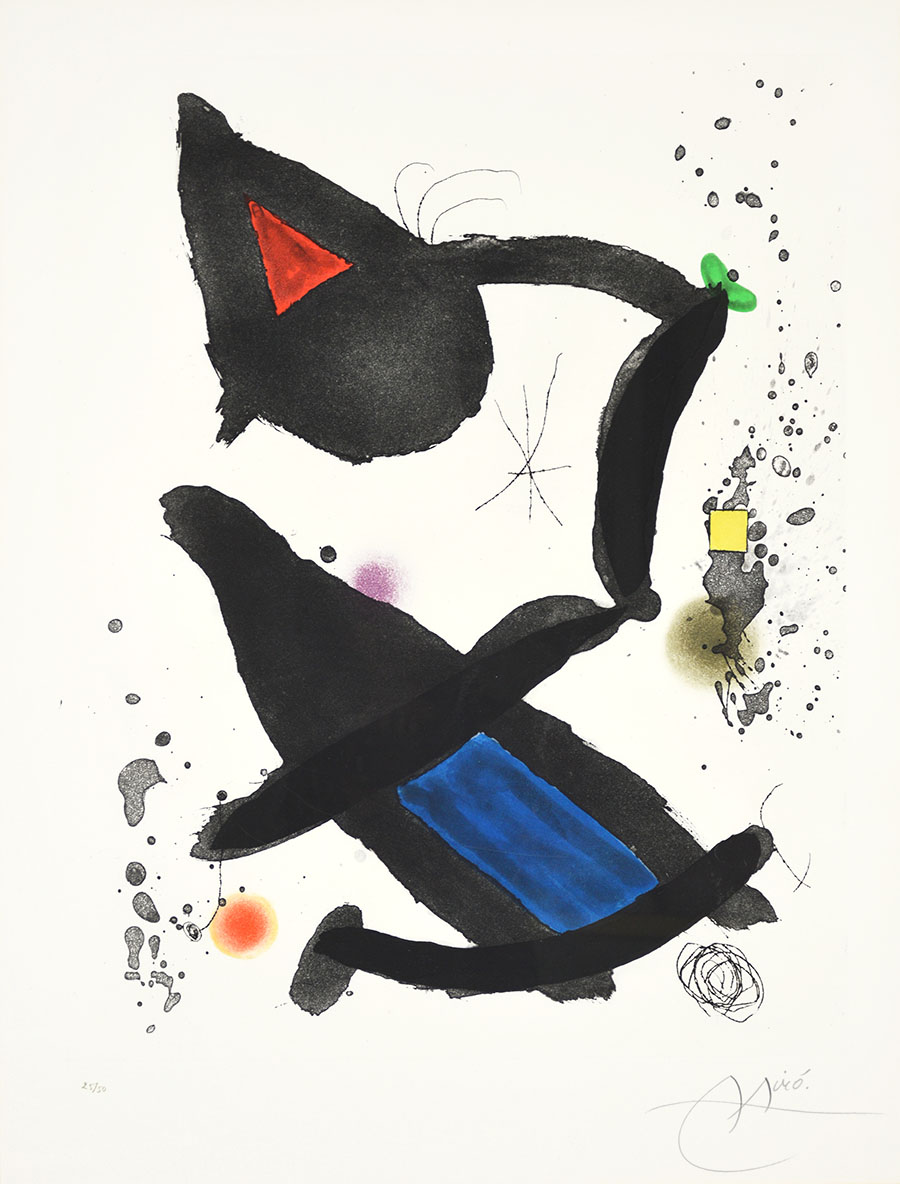 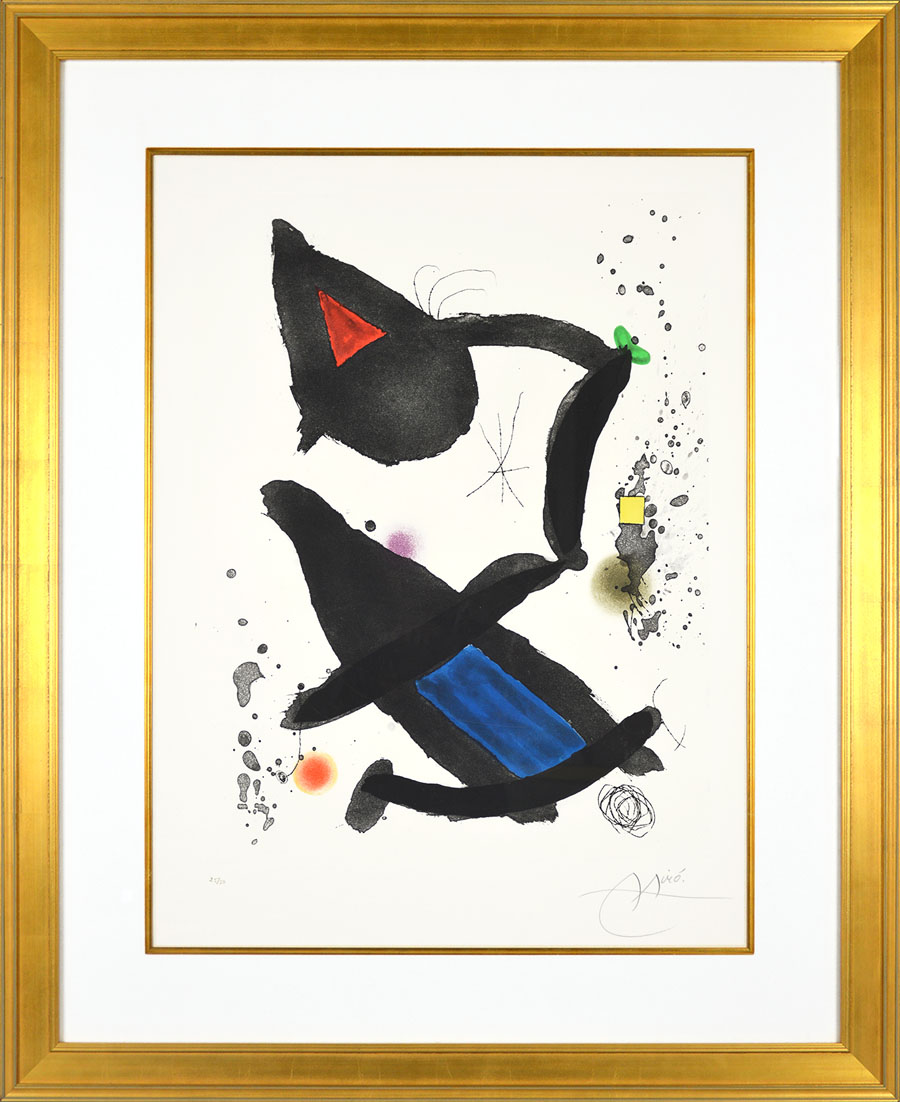 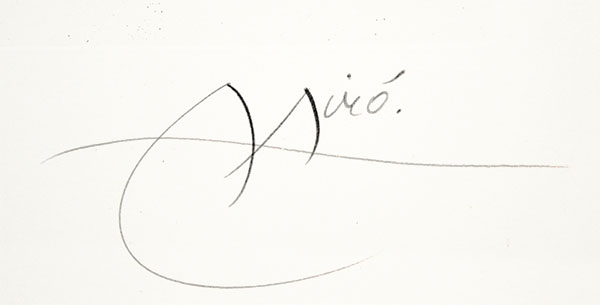 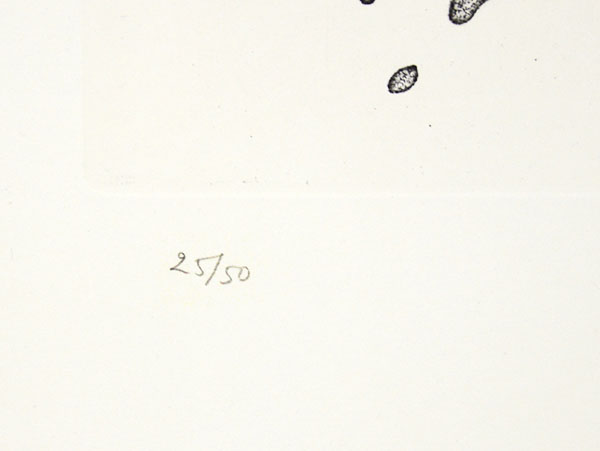 Joan Miró Le Roi David (King David), 1972 exemplifies Miró’s ability to convey beautiful imagery from simplicity. Depicting bold and colorful image in hues of blue, black and red, this work immediately captures the viewer’s attention. Intensely executed with painterly strokes of color, the abstract quality of the image leaves the subject up to the viewer's imagination. A bold dark black figure occupies the central area in this work, with an interior of deep red and blue washes. Splatters of grey in the upper right and lower left add texture and tone, which contrasts with the remaining imagery of the piece-giving the work a sense of controlled chaos.

The simplicity in this image is intentional. Miró explains “My figures underwent the same simplification as my colors. Simplified as they are, they are more human and more alive than they would be if represented in all their detail. Represented in detail, they would lose their imaginary quality, which enhances everything." Imagination plays an active role in all of the artist's works and this color etching is no exception.

Catalogue Raisonné & COA:
Joan Miró King David (Le Roi David), 1972 is fully documented and referenced in the below catalogue raisonnés and texts (copies will be enclosed as added documentation with the invoices that will accompany the sale of the work).

ABOUT THE FRAMING:
This work is framed to museum-grade, conservation standards, Joan Miró King David (Le Roi David), 1972 is presented in a complimentary moulding and finished with silk-wrapped mats and optical grade Plexiglas.