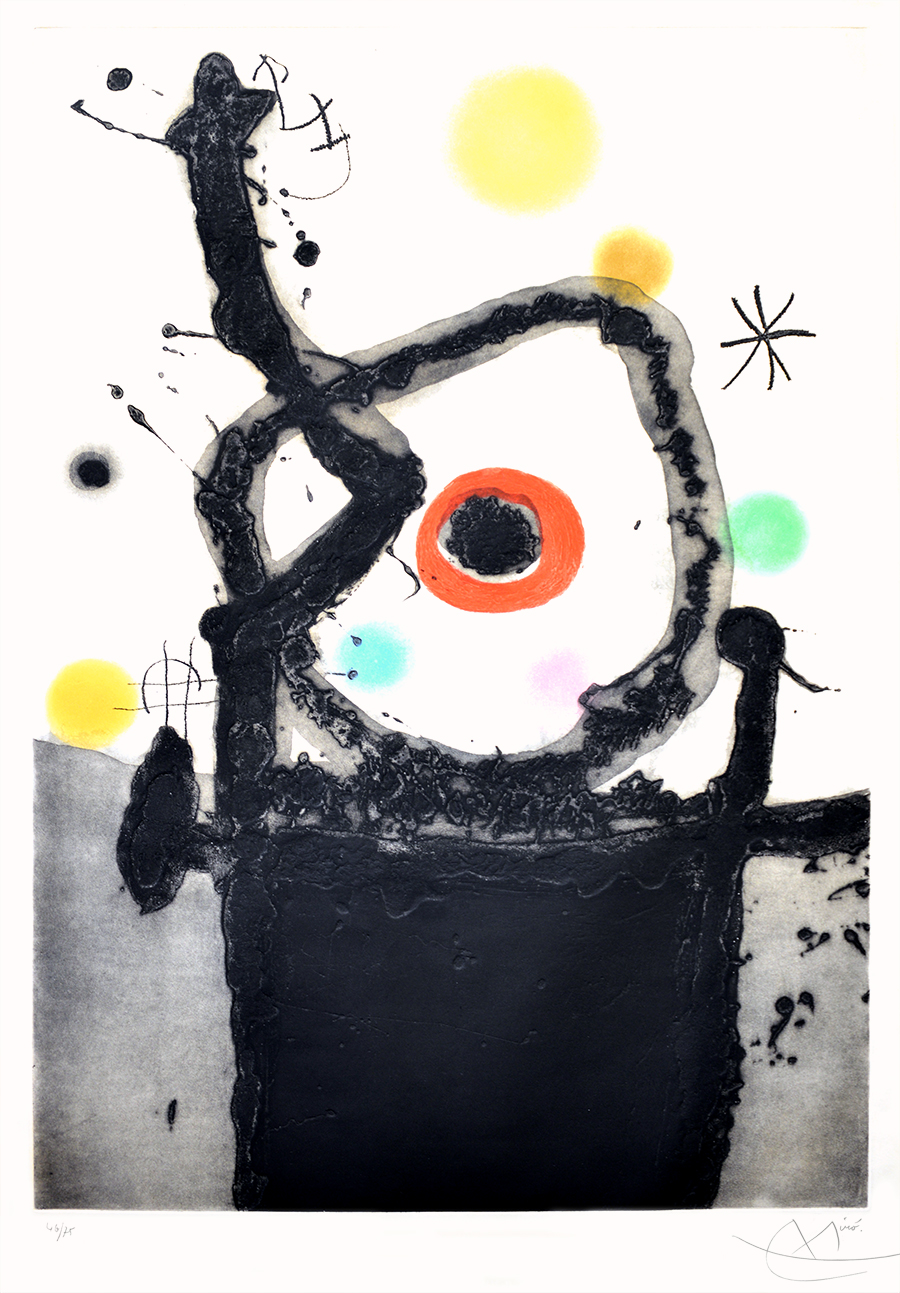 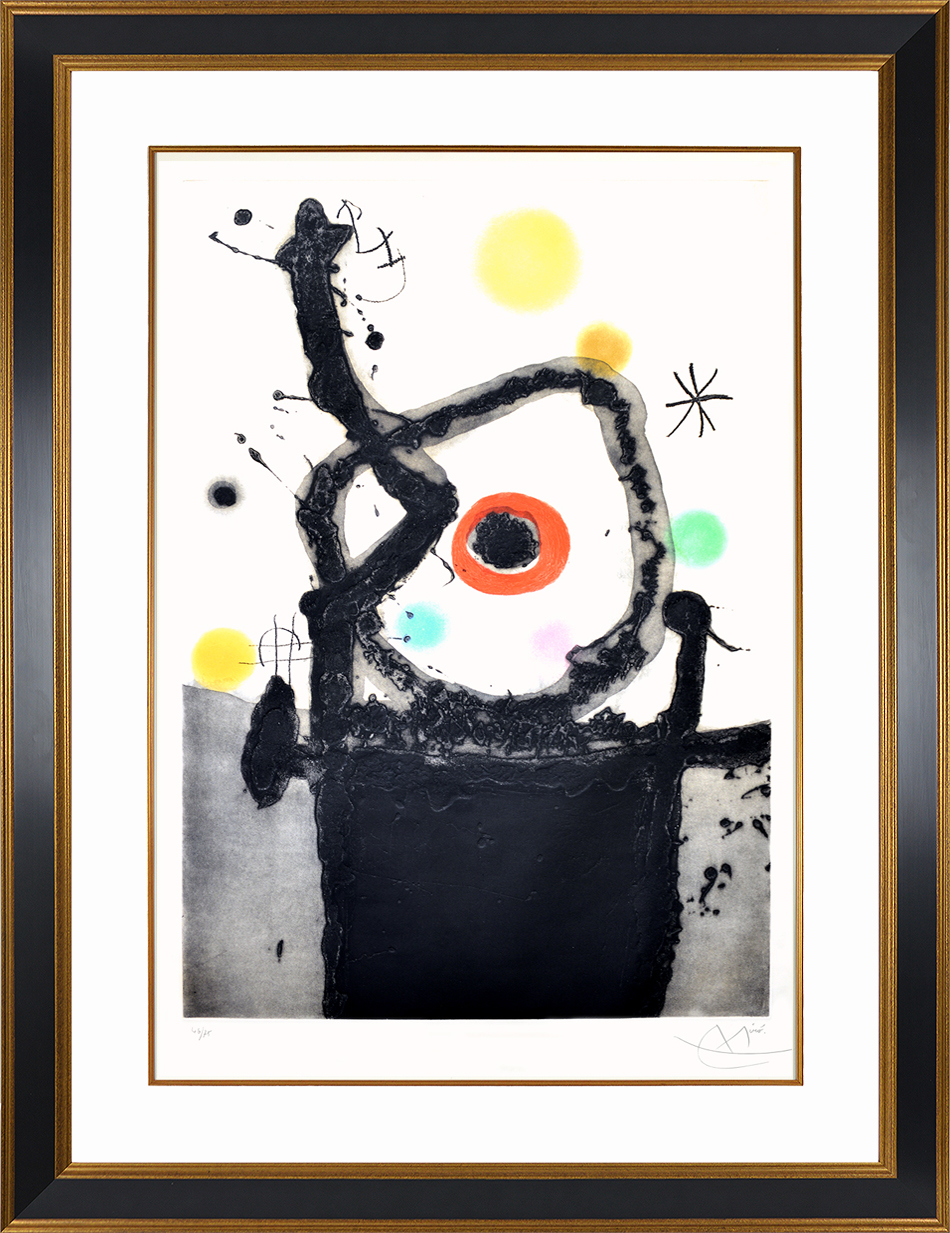 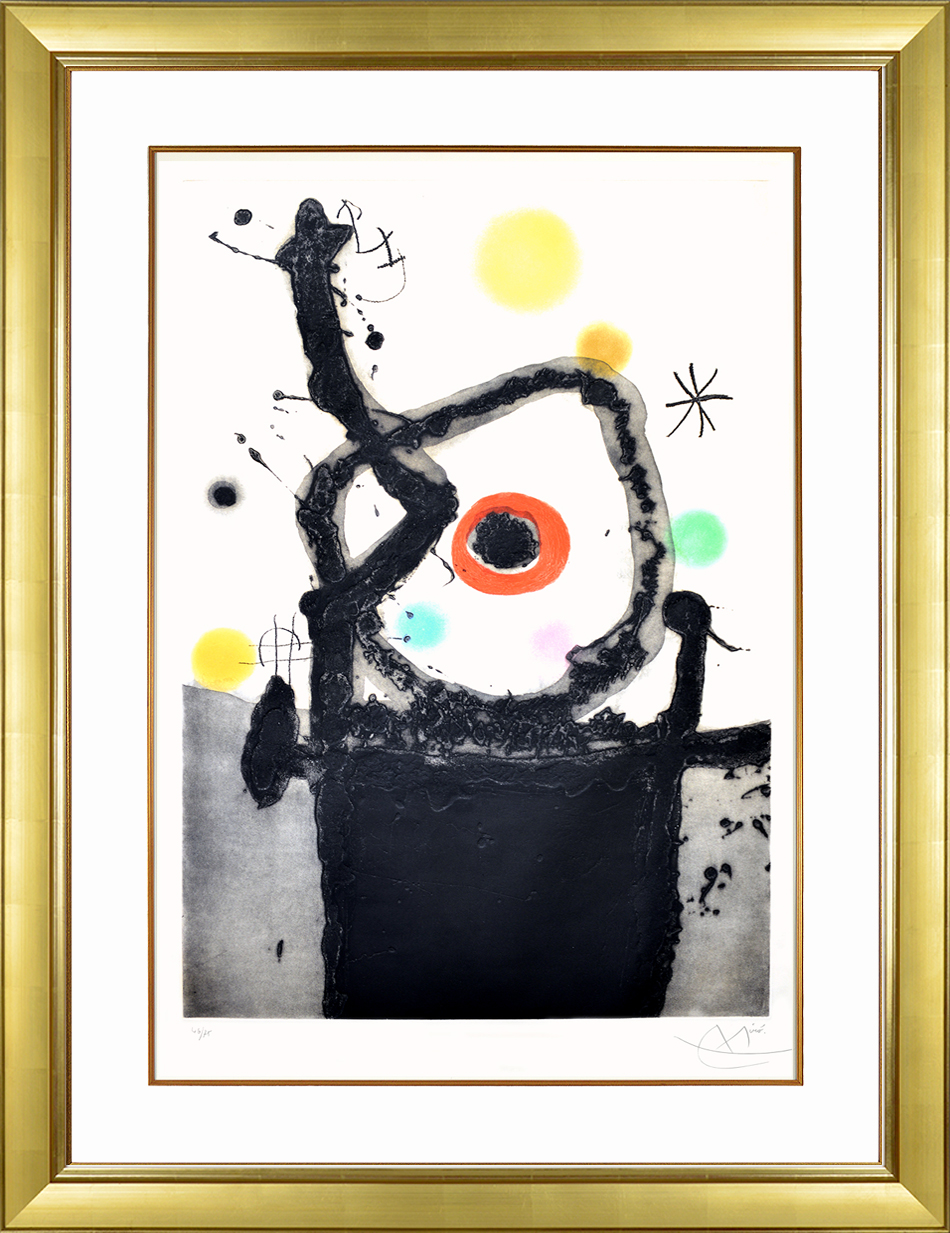 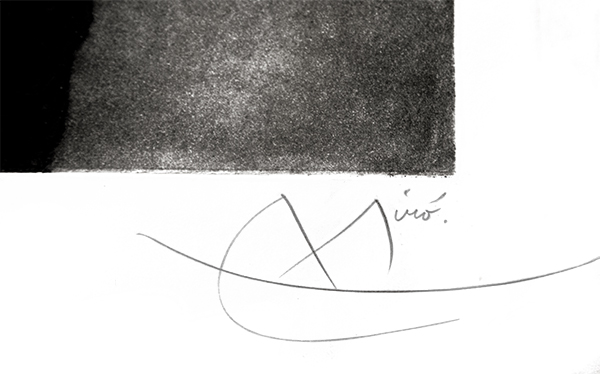 Joan Miró Le Rebelle (The Rebel), 1967 portrays A quizzical figure stands straight in the center. The focal point of the large head is a wide red eye which stares piercingly ahead. Slightly below the eye are two soft circles of blue and pink color which look like blush covered cheeks. Similarly textured fuzzy circles of color appear across the composition in yellow, gold, brown and green. The stark black body of the figure is etched deep and dark, showing the technical aspects of the engraving medium. Beautiful texture appears around the neck of the figure and also on the head, adding to the technical and aesthetic appeal of the work. Though working in the abstract, Miró had the uncanny talent to turn his shapes into figure with feelings, thoughts, and personalities of their own. This animation of the etching and aquatint is what makes Le Rebelle so special and compelling.

Catalogue Raisonné & COA:
Joan Miró Le Rebelle (The Rebel), 1967 is fully documented and referenced in the below catalogue raisonnés and texts (copies will be enclosed as added documentation with the invoices that will accompany the sale of the work).

About the Framing:
Framed to museum-grade, conservation standards, Joan Miró Le Rebelle (The Rebel), 1967 is presented in a complementary moulding and finished with silk-wrapped mats and optical grade Plexiglas.