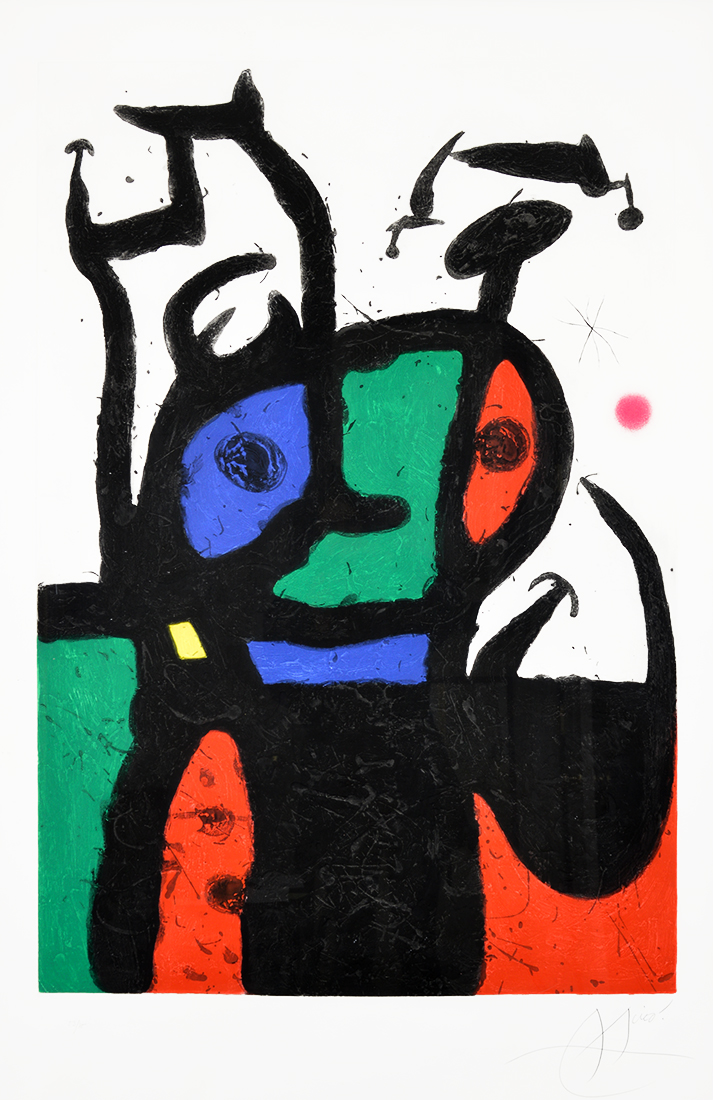 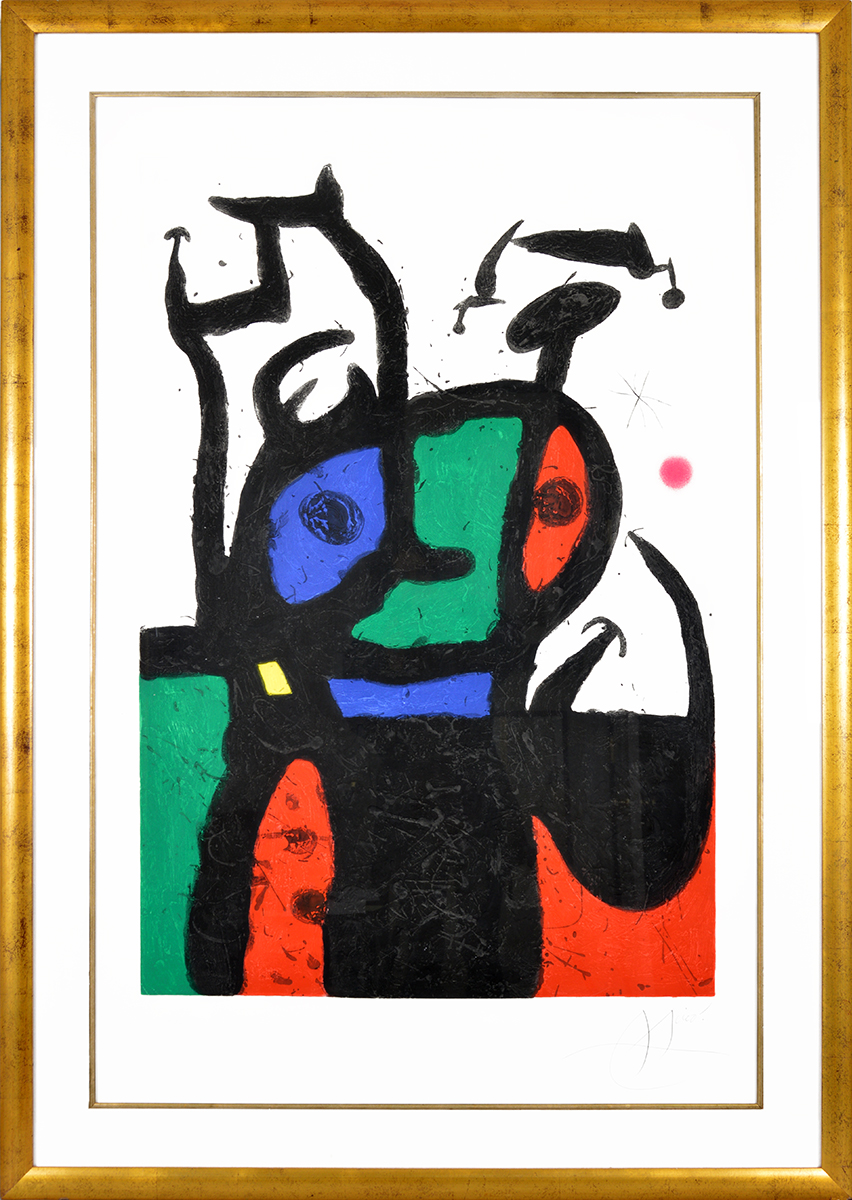 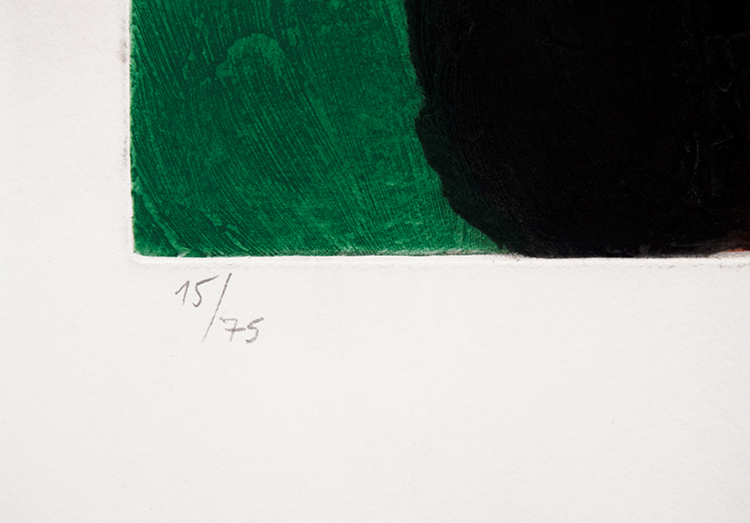 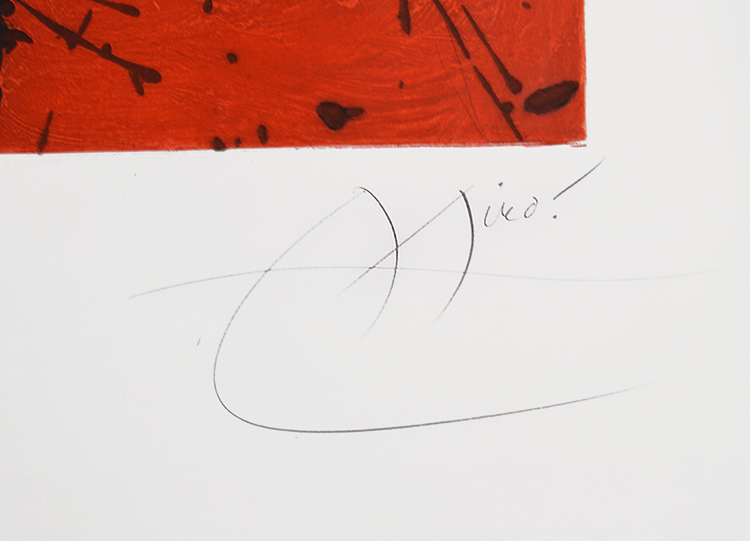 Joan Miró Le Matador (The Matador), 1969 is a dynamic vertical composition of bold black lines and striking hues of red, blue, and green. In the middle of the piece there is a suggestion of a head with piercing eyes; the black lines around it resemble limbs and bull horns while the red pigment is evocative of the matador cape. The abstract figure which forms out of the intersecting lines is both human and bull, at once inviting the viewer to recognize human features and resisting any concrete interpretation. The piece exemplifies Miró’s masterful ability to create a world that is at once simple and magically complex, shifting and changing before our eyes as we focus on different elements of the work. The color palette is limited to just a few rich colors which heightens the allure of the work. Miró’s signature asterisk floats at the right edge of the piece, its wispiness echoing the splatters of black around the figure and deftly tying the composition together. Joan Miró Le Matador (The Matador), 1969 is a spectacular example of the artist’s mystical, abstract visual worlds.

Catalogue Raisonné & COA:
Joan Miró The Matador (Le Matador), 1969 is fully documented and referenced in the below catalogue raisonné and texts (copies will be enclosed as added documentation with the invoices that will accompany the sale of the work).

About the Framing:
Framed to museum-grade, conservation standards, Joan Miró The Matador (The Matador), 1969 is presented in a complementary moulding and finished with silk-wrapped mats and optical grade Plexiglas.