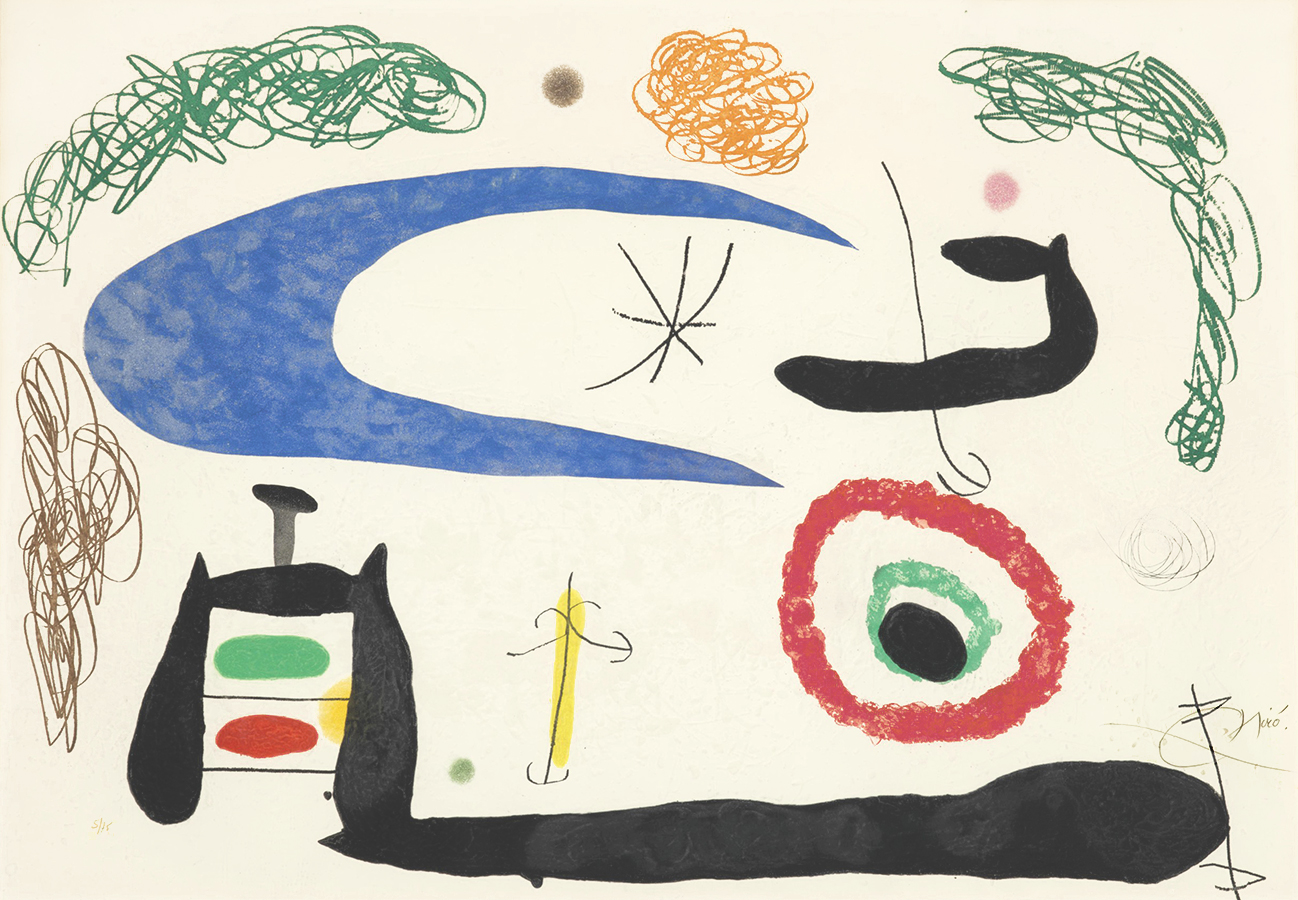 Joan Miró Dormir Sous La Lune (Sleeping under the Moon), 1969 is an abstract and fantastic landscape scene. At the top left, a blue crescent moon languidly stretches its tips around an asterisk-like star. Below, a mysterious black form spreads resembling both a structure and a creature throws its long black shadow across the length of the work. At the upper right, another black shape echoes both the black form at the bottom and the moon to its left. Between them float energetic scribbles, black symbol-like lines, and dots of color, adding to the enigmatical aura of the scene. The green scrawls at the top corners give the work a sense of intimacy, curving around the moon and visually closing off and rounding the composition. Some of Miró’s signature visual elements are here on full display, from the asterisk star and curving arrow lines, to the limited color palette of blue, green, yellow, and red. There is a wonderful simplicity to the work, drawing on arcane symbology and primitive drawings. A peaceful and playful piece, this enthralling scene showcases Miró’s unique style.

Created in 1969, this aquatint, etching, dry-point and carborendum on Arches Paper is hand-signed by Joan Miró (Barcelona, 1983 – Palma, 1983) in pencil in the lower right and numbered from the edition of 75 in pencil in the lower left. Published by Maeght éditeur, Paris. Printed by Arte Adrien Maeght, Paris

Framed to museum-grade, conservation standards, Joan Miró Dormir Sous La Lune (Sleeping under the Moon), 1969 is presented in a complementary moulding and finished with silk-wrapped mats and optical grade Plexiglas.