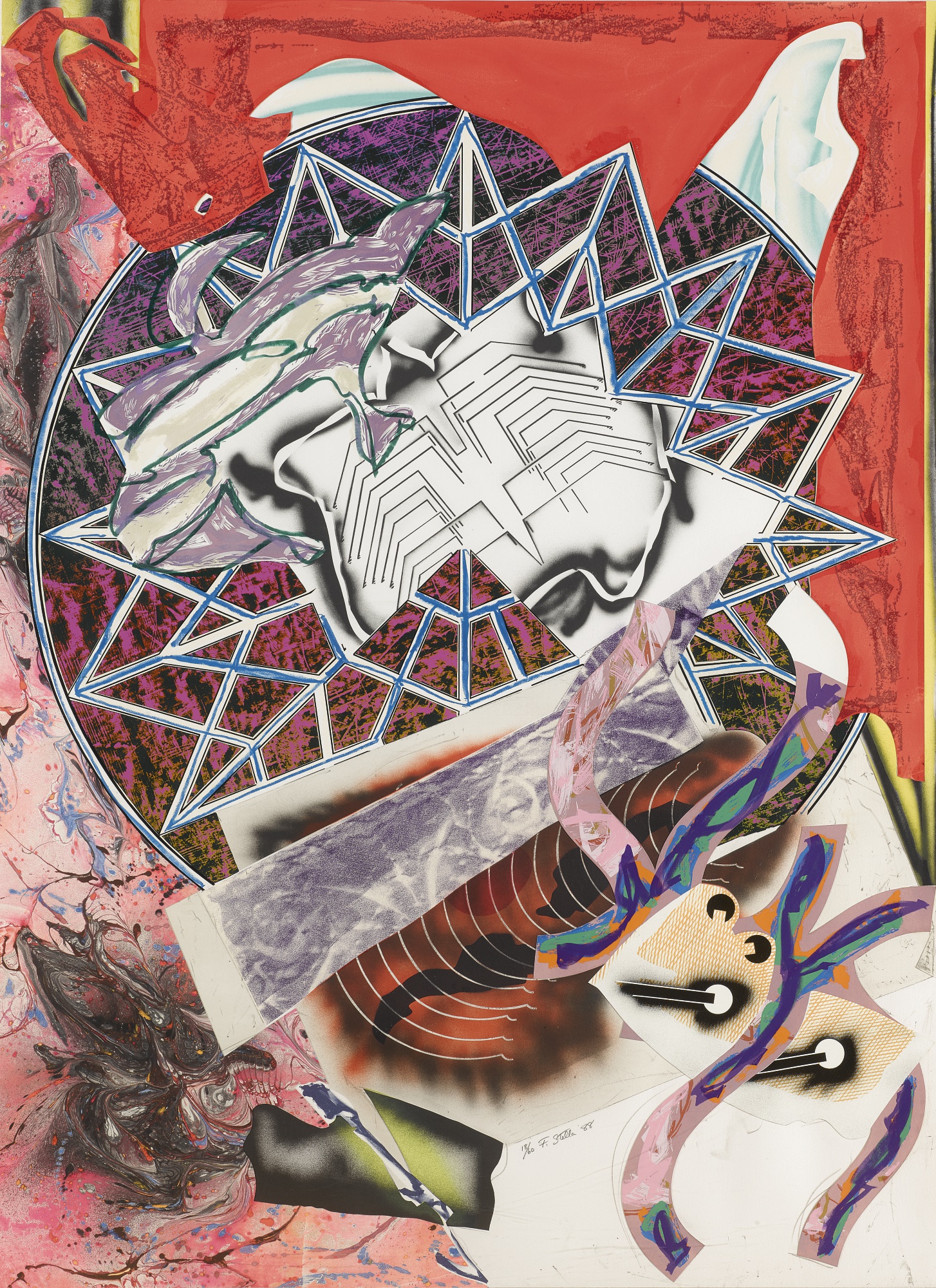 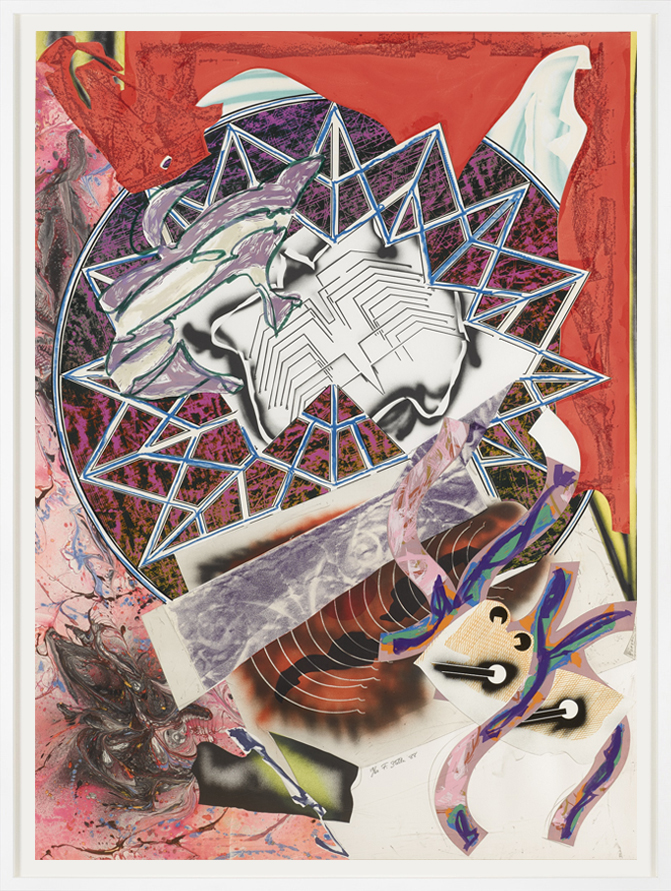 Frank Stella Squid, from The Waves, 1989 is a striking and bold work within The Waves series. Daring and beautiful are its colors that seem to ooze outside of its pictorial boundaries. The color palette consists of vibrant reds, pinks, and magenta. The marbling all the way to the left of the water is as easy as it is. Frank Stella creates a splendid work of abstraction that gives way to intricacies and complexities that are made to be seen in full. This work like many others is a monumental work-its sheer size grabs your attention immediately and the strong imagery seals your gauze. Practically everything including the shapes and forms are exploding from the surface of this work. Geometric shapes encapsulate the center circle in a web like form while irregular rectangle cut outs are strewn out of order.

Created in 1989, Squid, from The Waves, 1989 is a color screen print, lithograph, and linocut with hand-coloring, marbling, and collage. This work is hand-signed and dated by Frank Stella (Massachusetts, 1936 -) in pencil in the lower center of the image and numbered from the edition of 60 in pencil in the lower right.

Catalogue Raisonné & COA:
Frank Stella Squid, from The Waves, 1989 is fully documented and referenced in the catalog of theories and texts (copies will be enclosed with the invoices that will accompany the work).

About the Framing:
Framed to museum-grade conservation standards, Frank Stella Squid, from The Waves, 1989 is presented in a complementary molding and optical-grade Plexiglas.