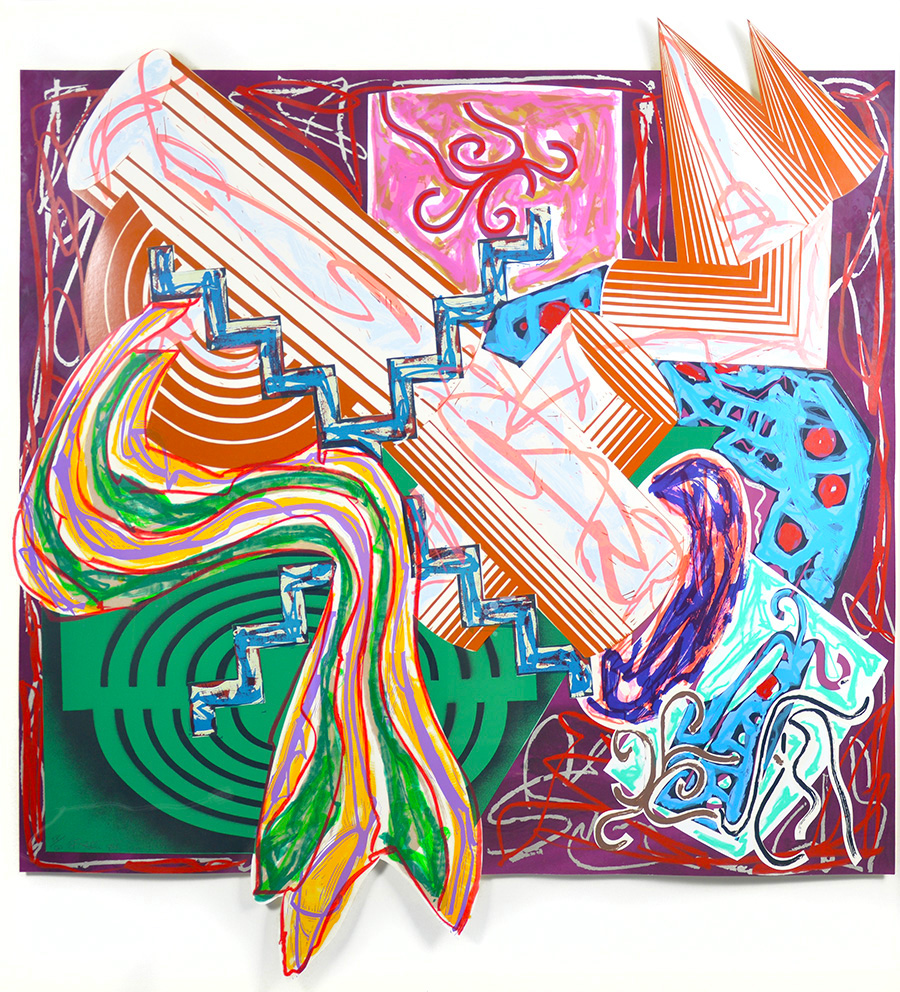 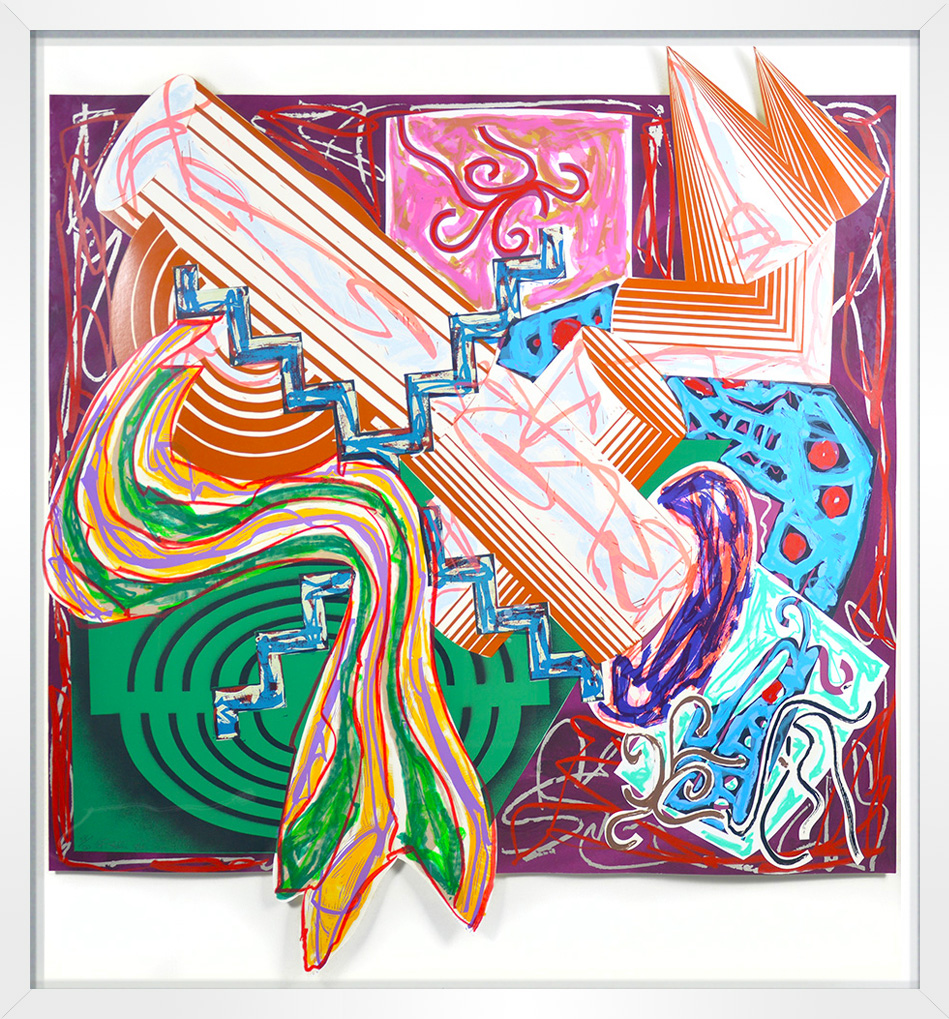 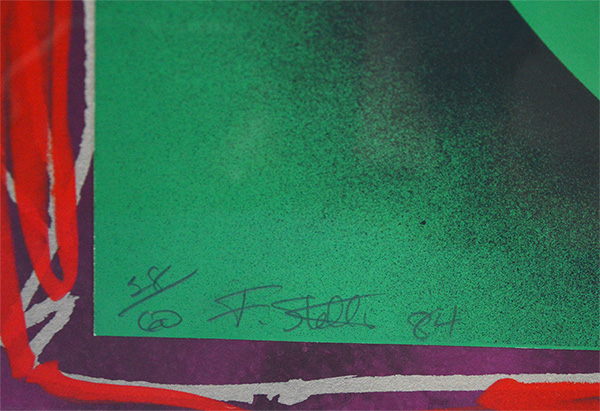 Frank Stella Then Came a Stick and Beat the Dog, 1984, from Illustrations After El Lissitzky's Had Gadya is richly packed with poetic, lyrical, and visual effects. In a series of twelve color variations, Stella opens up a world that unites color, form, history and culture in both tactile and conceptual ways.

Then Came a Stick and Beat the Dog, 1984 is a stellar example of his use of incredibly bright colors and a plethora of irregular shapes. The first thing you notice about this piece besides its colossal size is the color palette. The colors are highly saturated and vibrant; they carry a certain narrative, heavy quality that speaks to you. To name a few, Stella uses electrifying colors of magenta, pink, silver, brown, green, lavender, and aquamarine. These hues dazzle in plain sight but also accentuate the disorderly shapes of cones and cylinders. The outlines of these forms spill over the edge of the paper while the magical swirls of lines occupy your vision. The diversity in texture and layering of color on top of each other heightens the sense of mass and weight incorporated into this work.

The rhythmic lines and experimental quality of irregular shapes compose a kind of poetic allure. Inspired by gouaches done by the Russian avant-garde artist, El Lissitsky, Stella takes on a fresh new rendition. El Lissitzky’s works that Stella had seen in Tel Aviv were based on a song called “Had Gadya.” Stella designated titles for each variant in the series that becomes very much a part of his style as an artist. This piece is an example that highlights Stella as an artist who fuses inspiration from his well-traveled life into an aesthetically and culturally pleasing work of art. In all of this work’s interwoven structures, layered colors, and historic background, lies the mastery of Frank Stella, as a distinct artist in his ability to combine a vast array of elements.

Created in 1984, Then Came a Stick and Beat the Dog, 1984 from Illustrations After El Lissitzky's Had Gadya is a hand-coloring and collage with lithograph, linocut, and silkscreen on T. H. Saunders paper (background) and shaped, hand-cut Somerset paper (collage). Hand-signed and dated by Frank Stella (Massachusetts, 1936 - ) in pencil in the lower left: ‘F. Stella ‘84’, this work is numbered from the edition of 60 in pencil in the left; published by Waddington Graphics, London.

Catalogue Raisonné & COA:
Frank Stella Then Came a Stick and Beat the Dog, 1984 from Illustrations After El Lissitzky's Had Gadya is fully documented and referenced in the below catalogue raisonnés and texts (copies will be enclosed as added documentation with the invoices that will accompany the sale of the work).

1. Axsom, Richard H. The Prints of Frank Stella: A Catalogue Raisonné. New York: Jordan Schnitzer Family Foundation, 2016. Listed and illustrated as catalogue raisonné no. 174.
2. Stella, Frank. Illustrations after El Lissitzky’s Had Gadya 1982–1984. London: Waddington Graphics, 1985. Listed and illustrated as plate no.4.
3. A Certificate of Authenticity will accompany this artwork.

About the Framing:
Framed to museum-grade, conservation standards Frank Stella Then Came a Stick and Beat the Dog, 1984 from Illustrations After El Lissitzky's Had Gadya is presented in a complementary moulding, mats and optical grade Plexiglas.