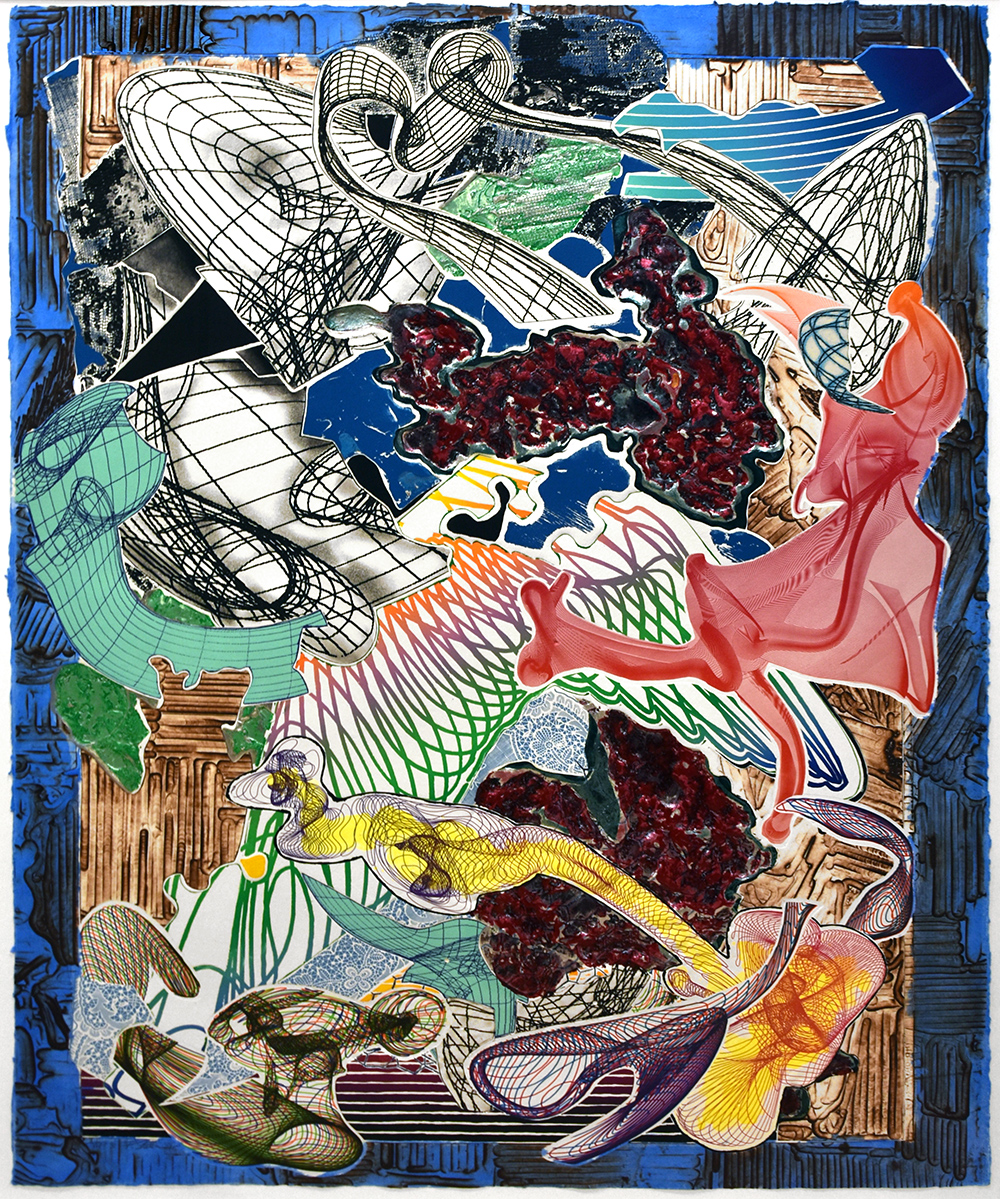 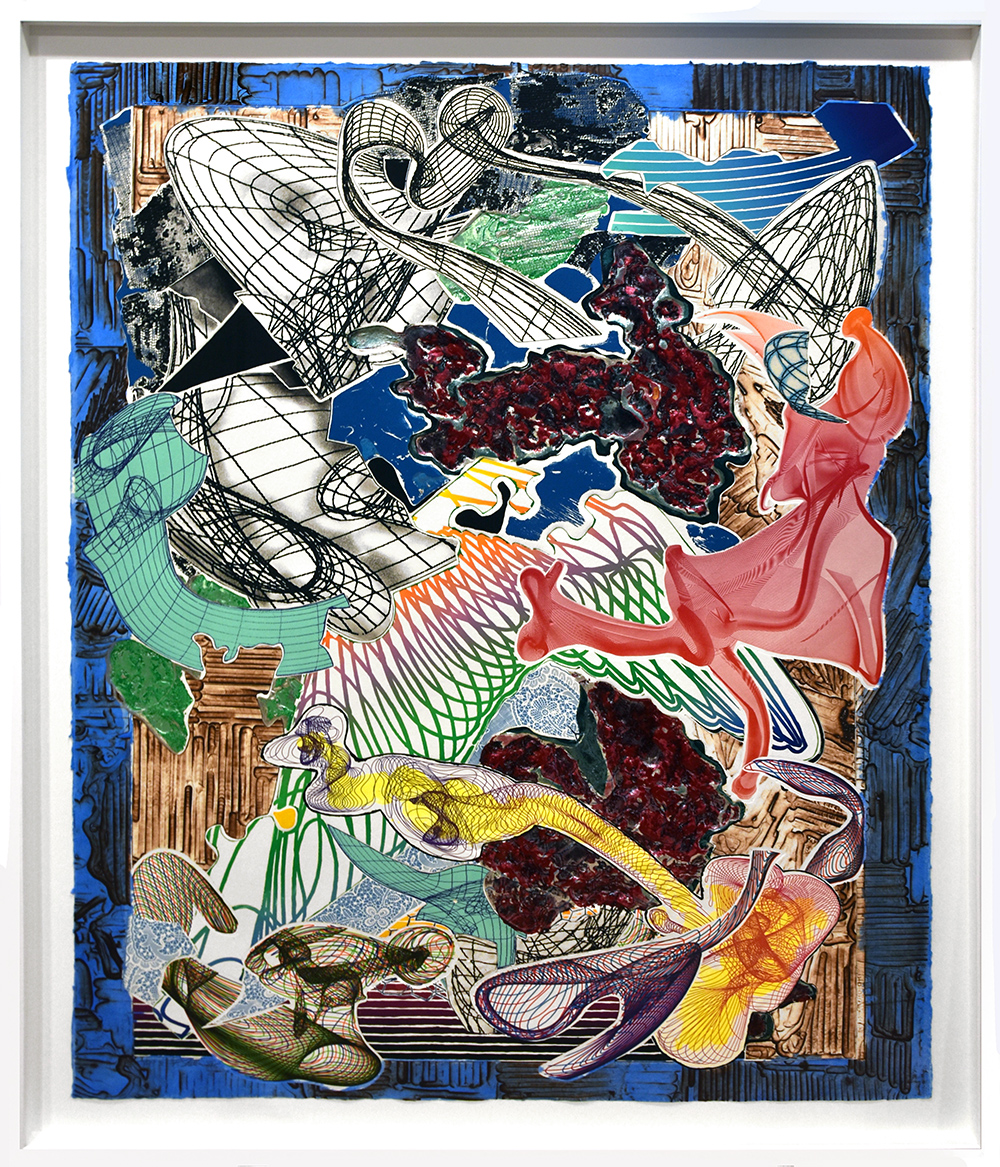 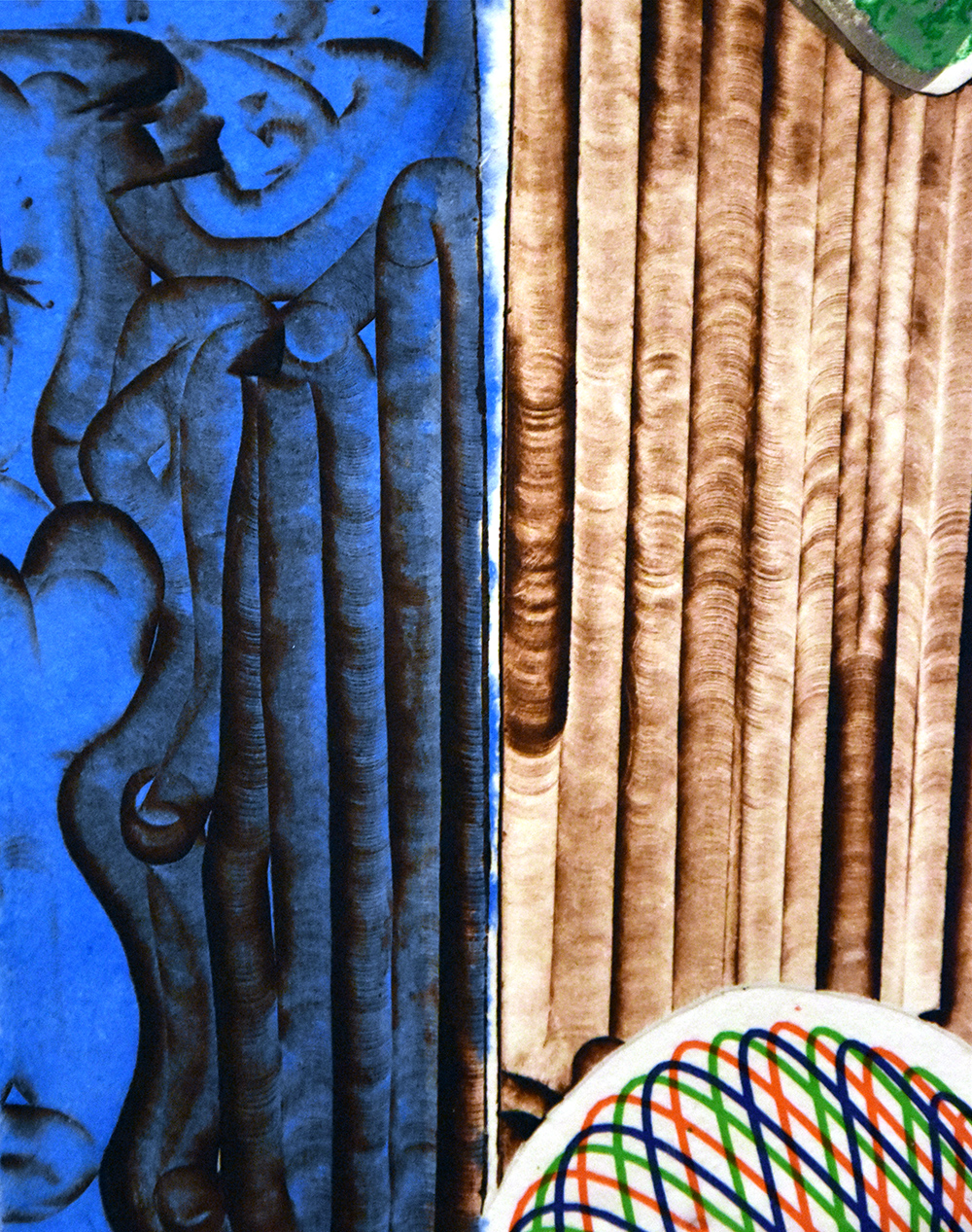 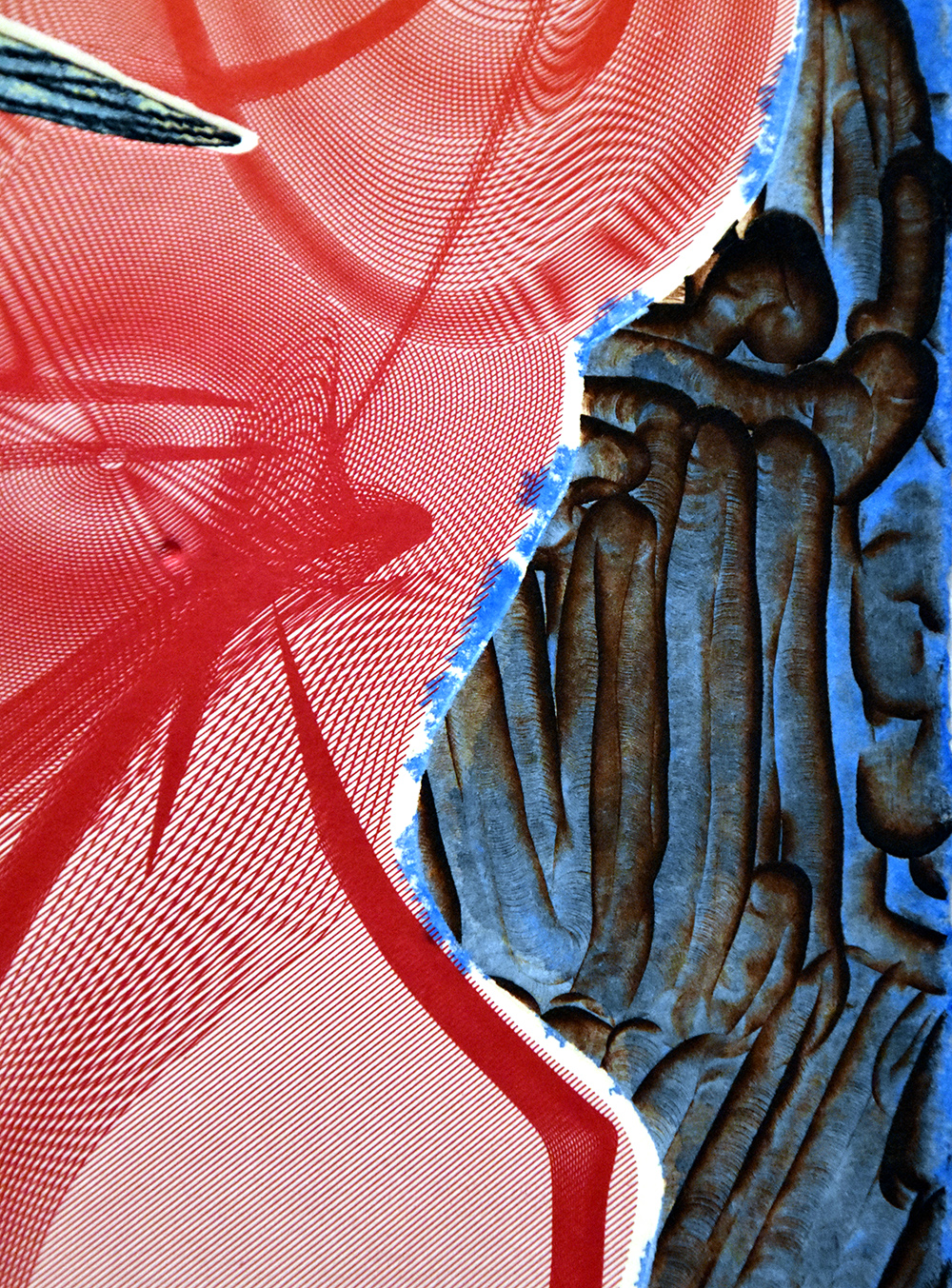 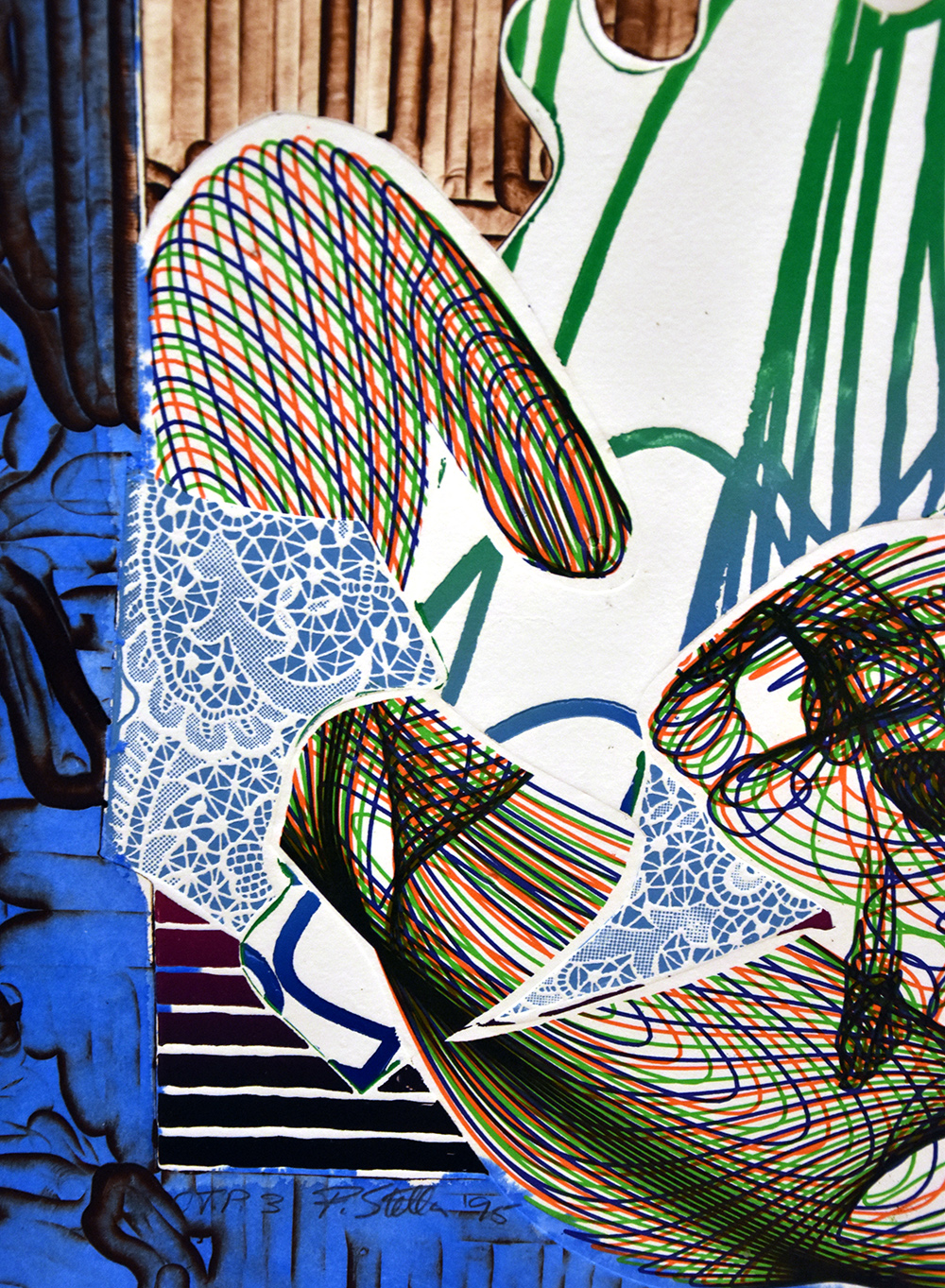 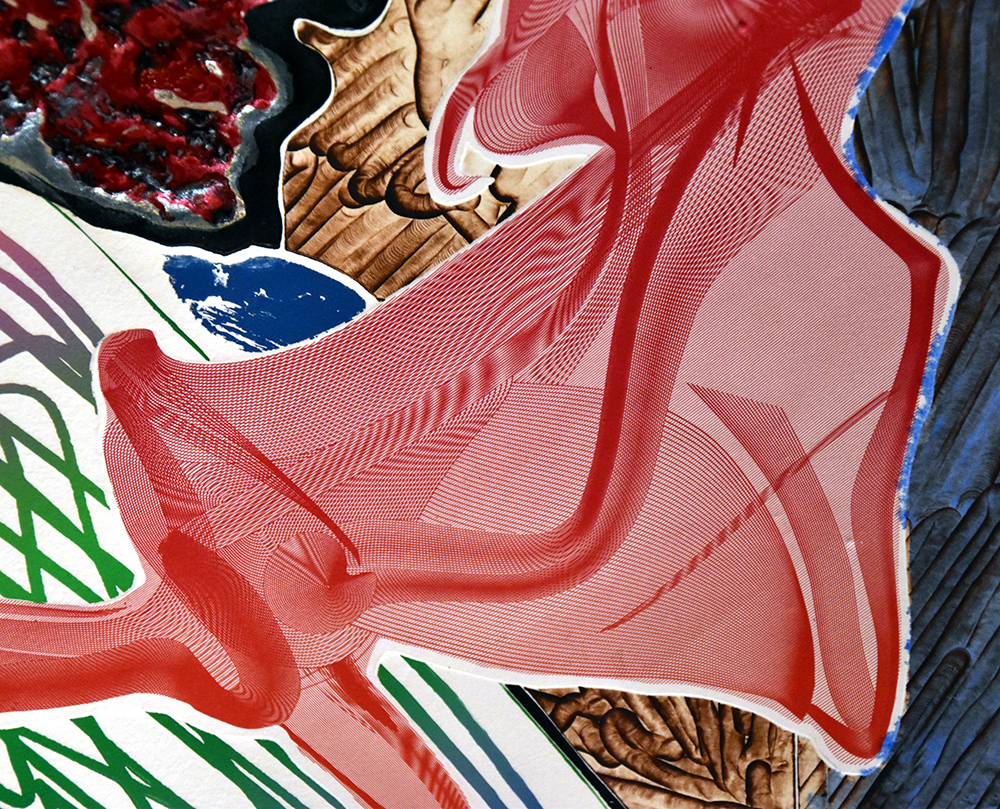 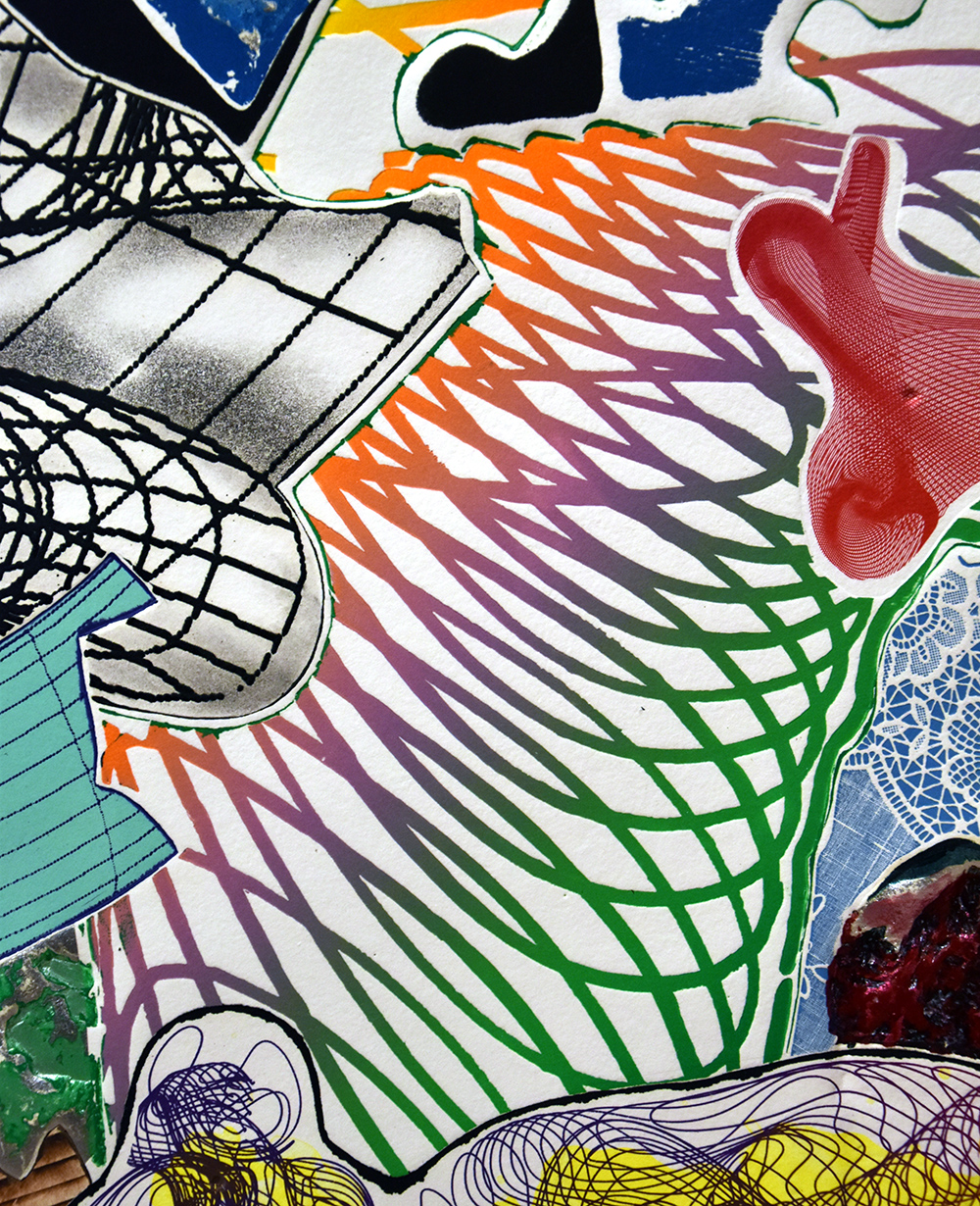 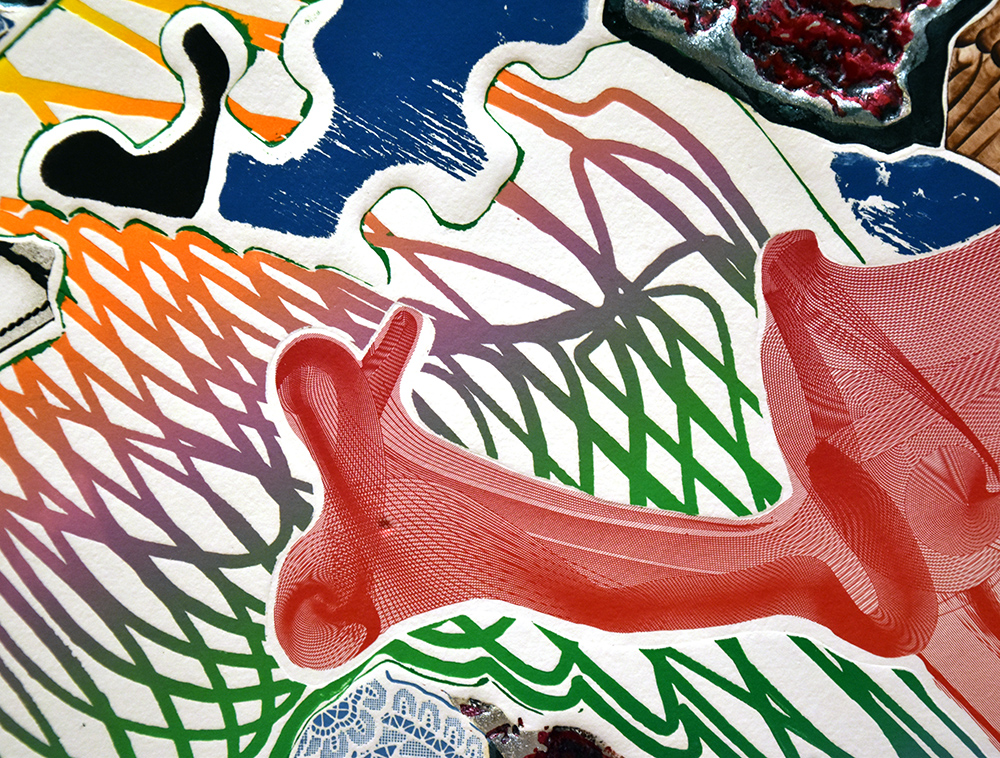 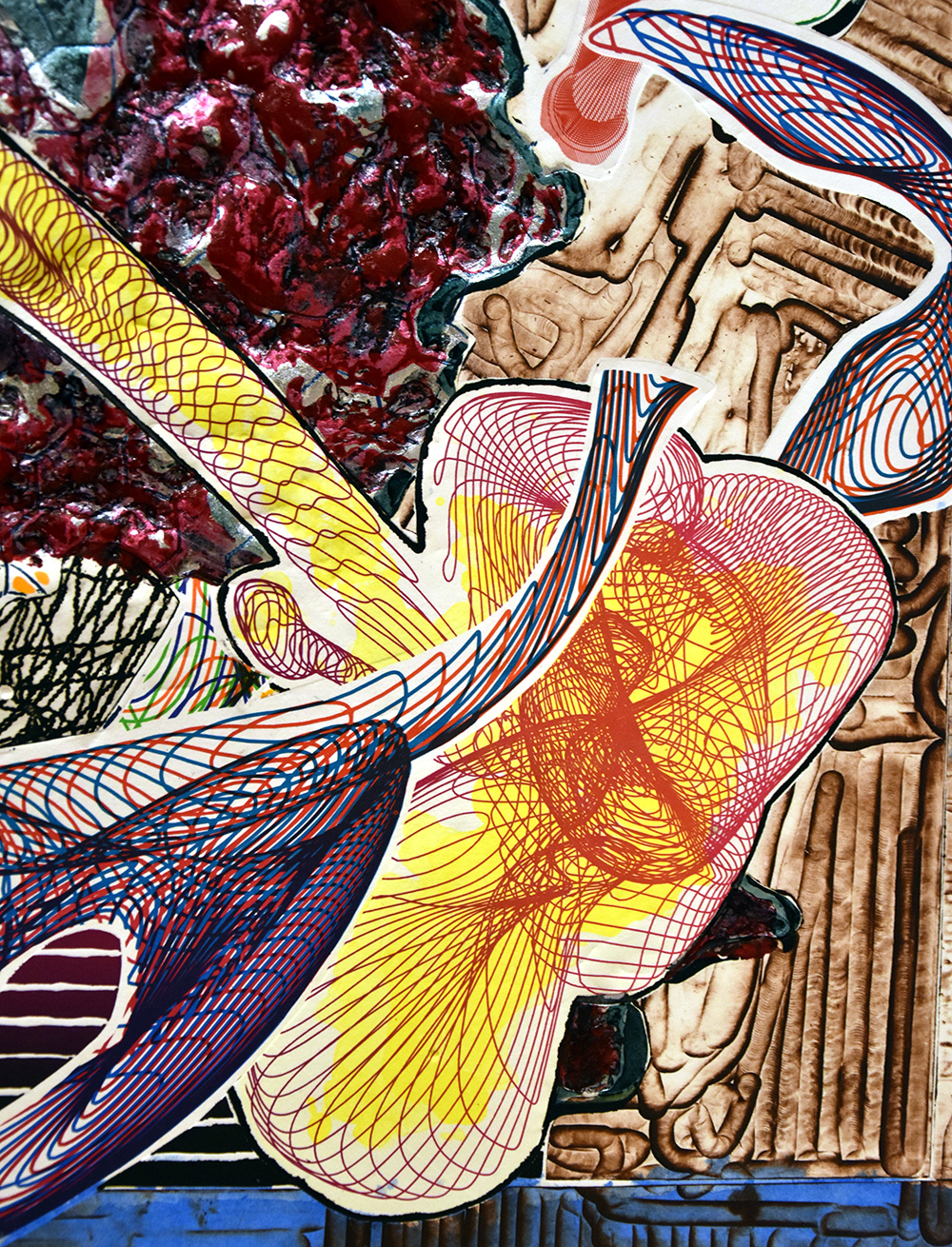 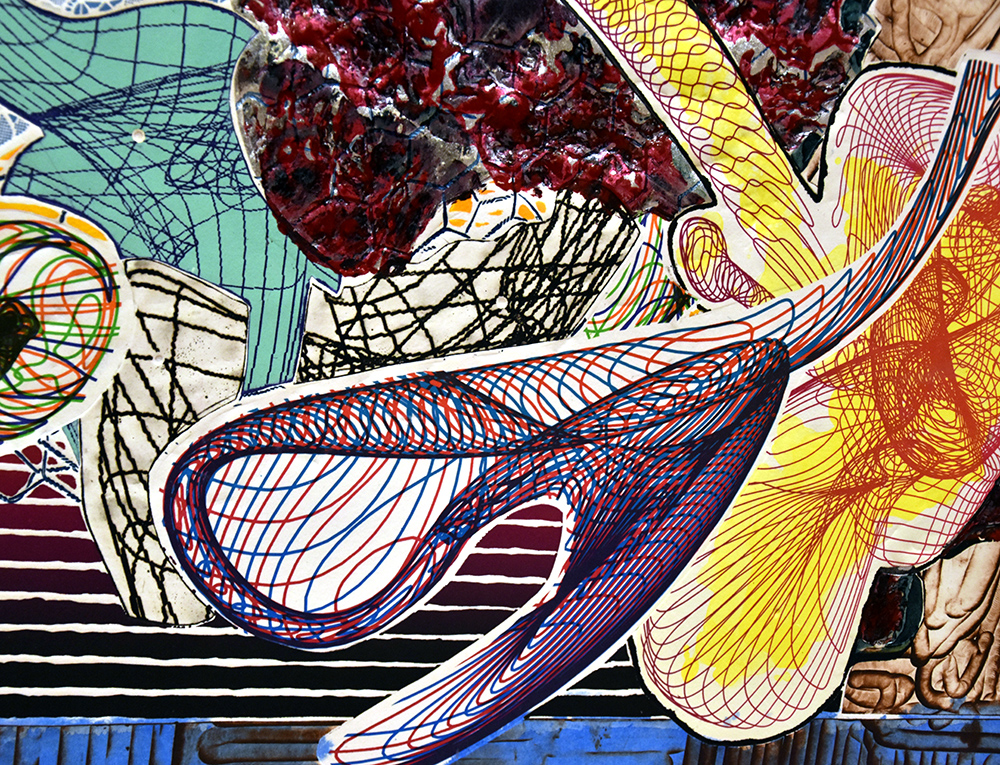 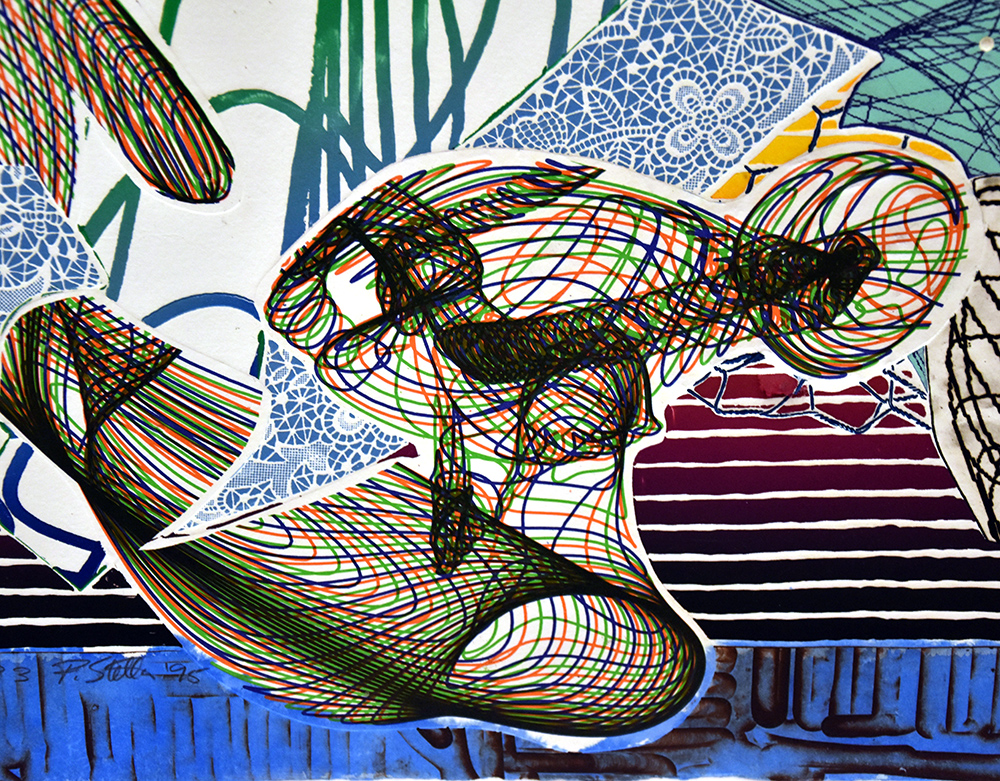 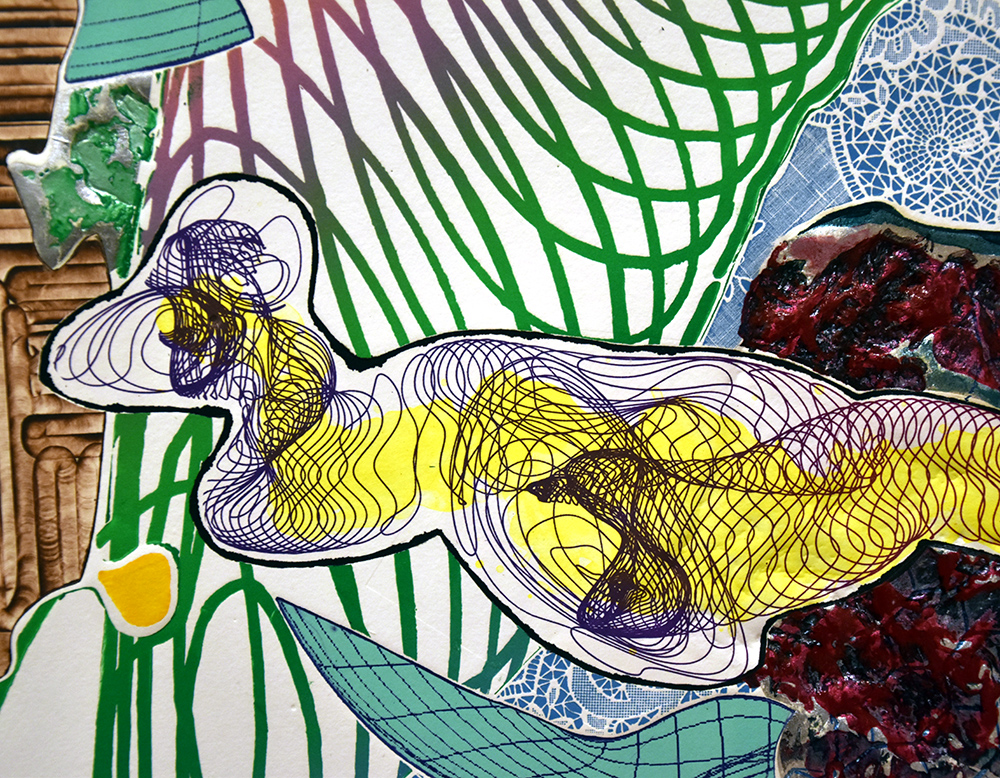 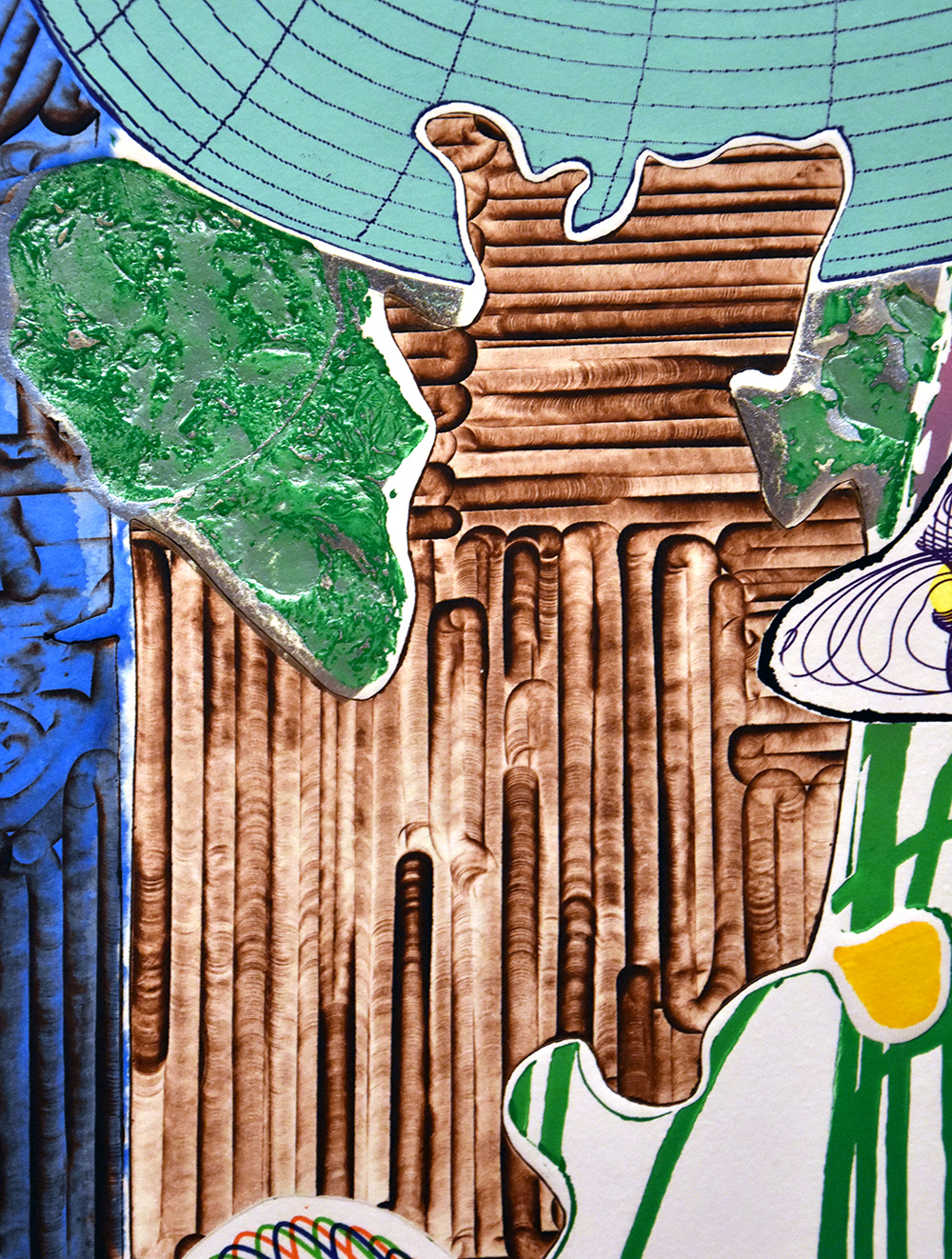 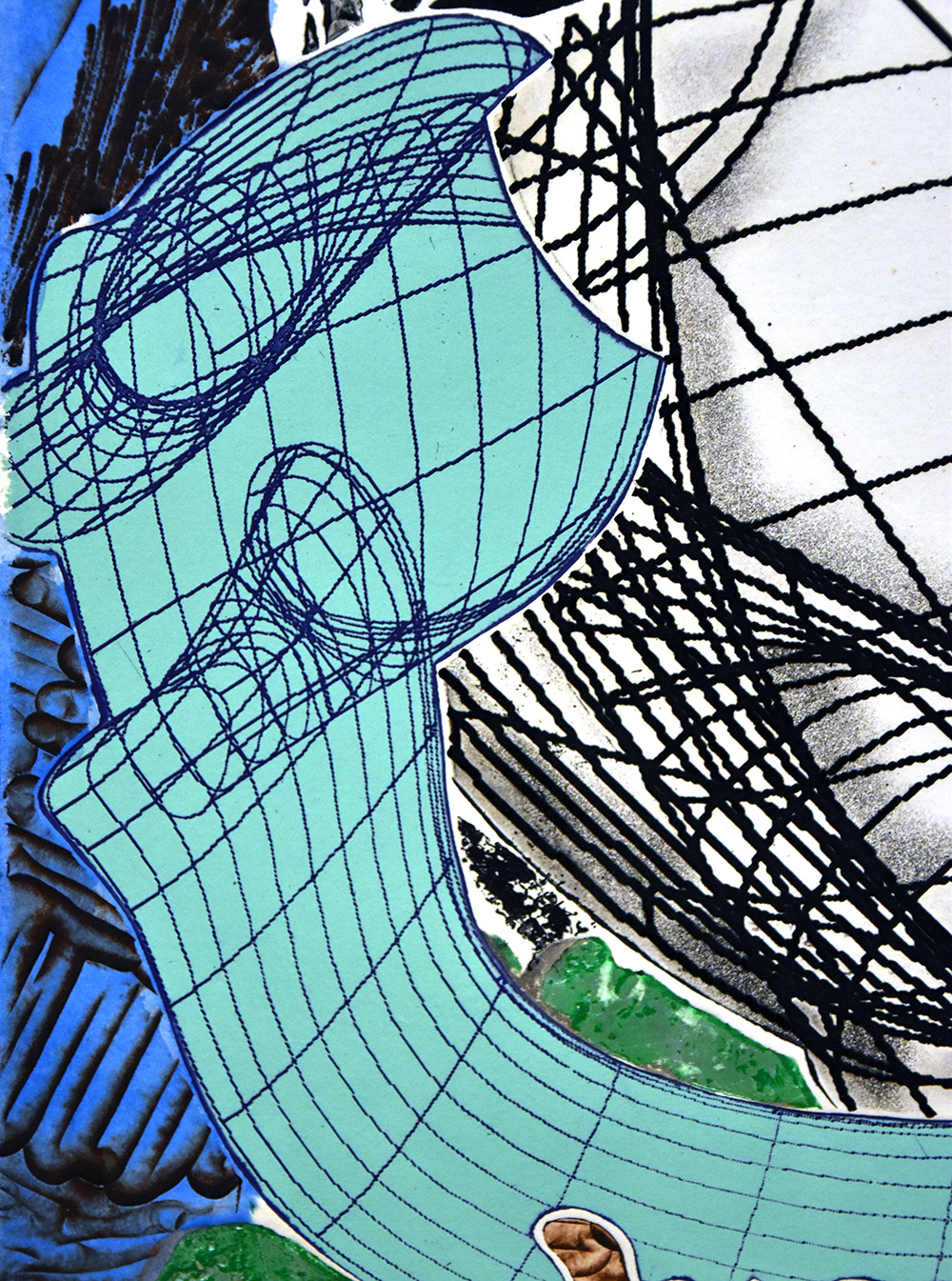 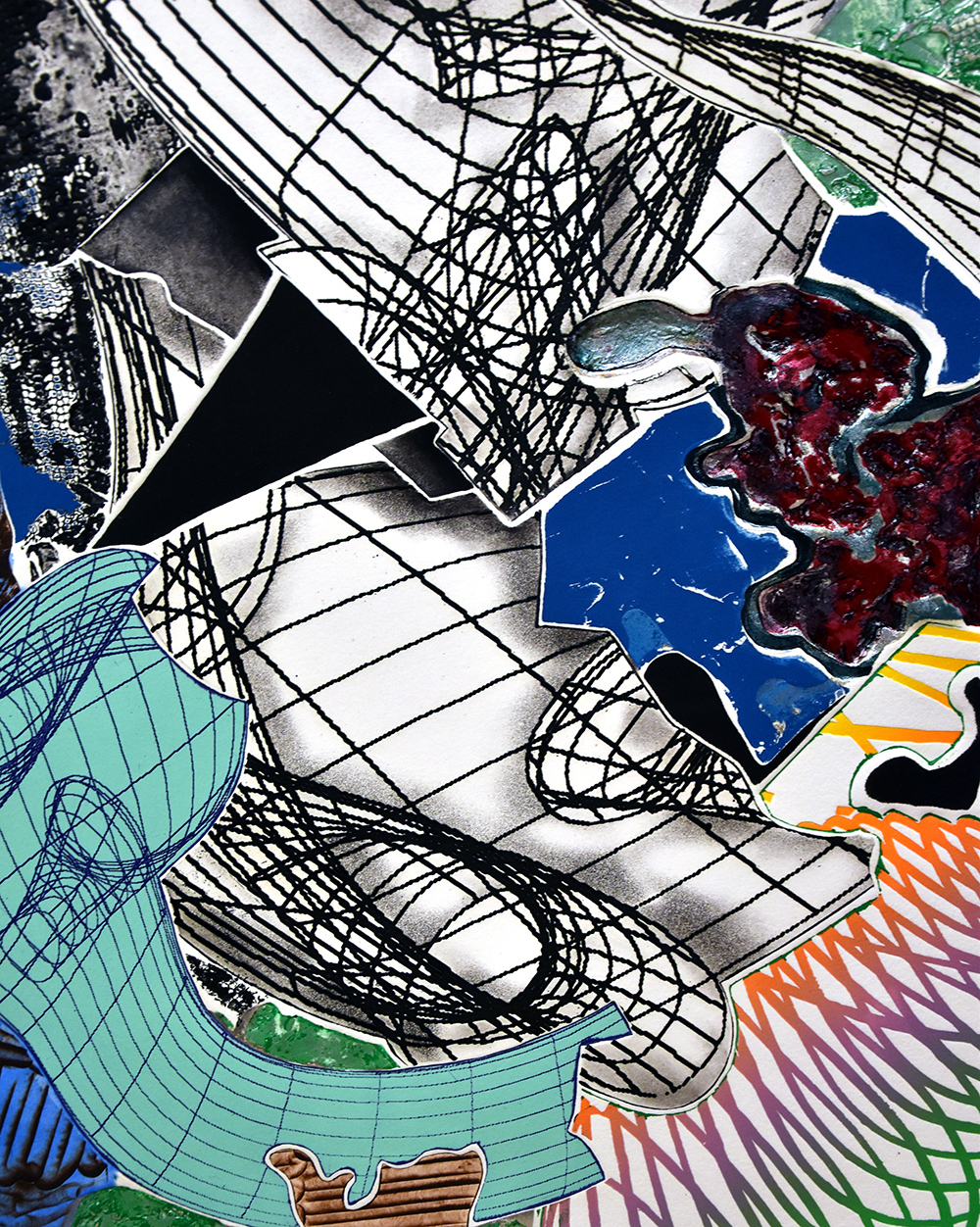 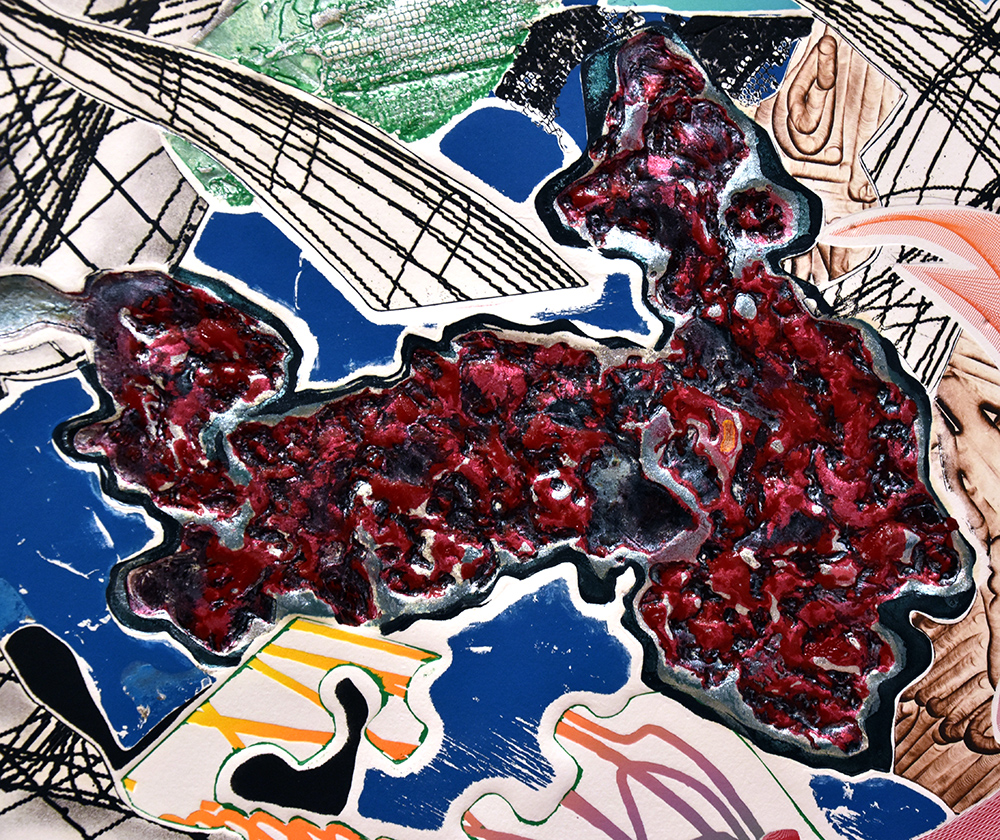 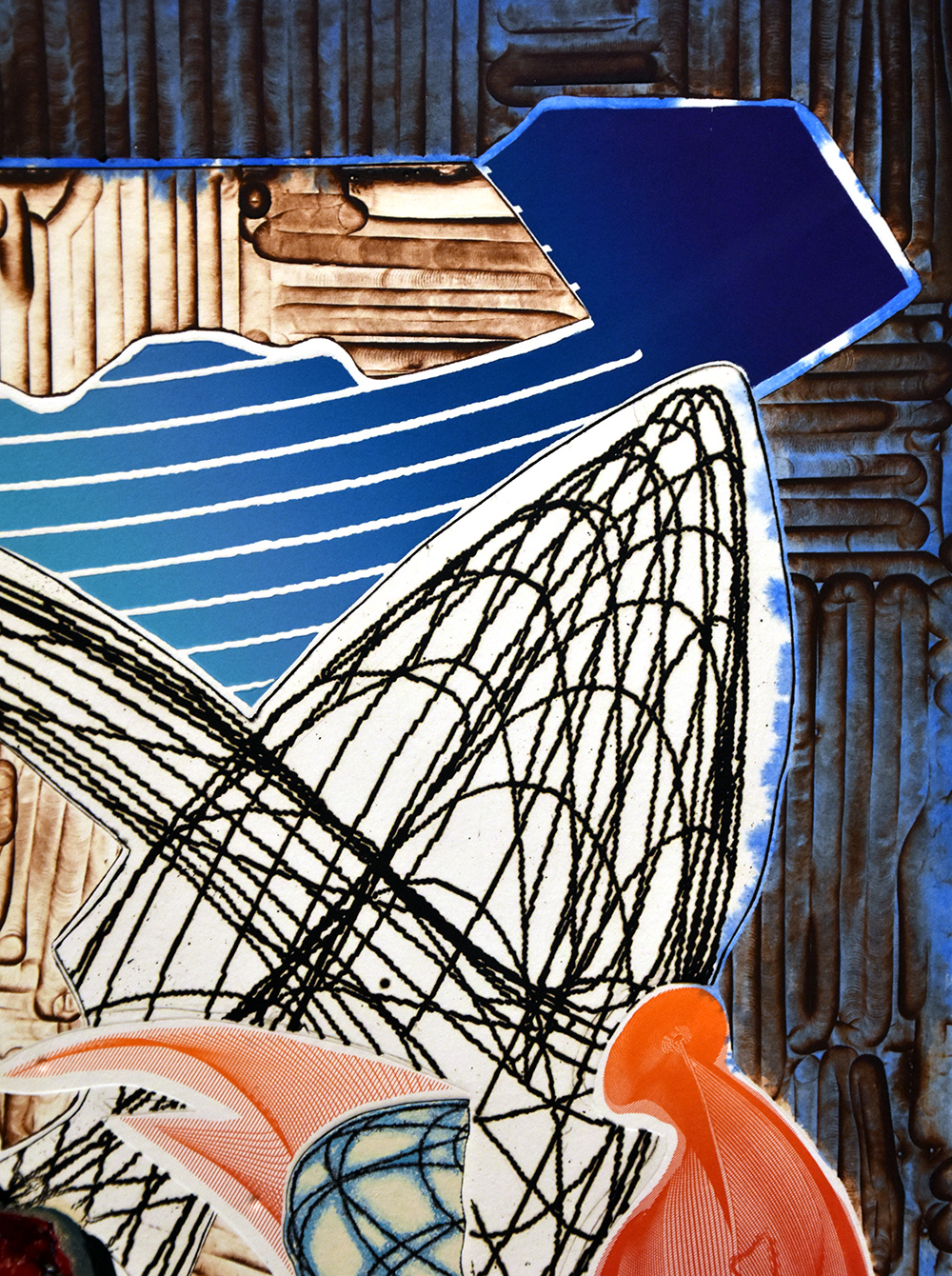 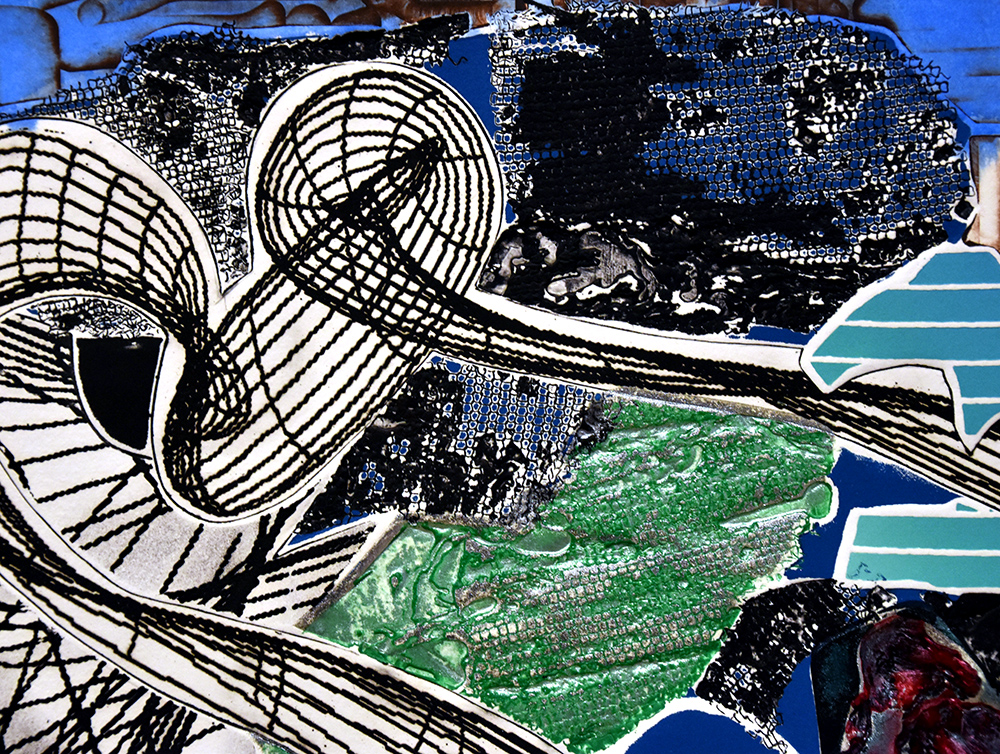 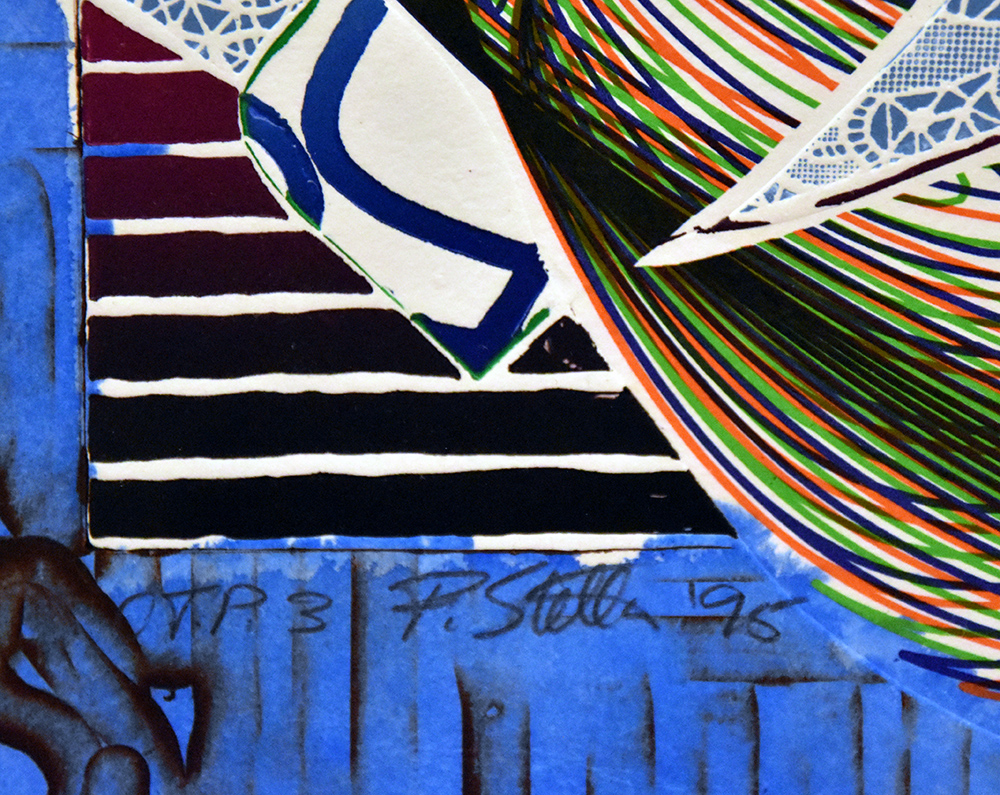 Frank Stella Fanattia, from the Imaginary Places Series, 1995 is a fantastic example of the artist’s experimentation with varying media and subject matter. Stella derives the titles for all works in this series from Alberto Manguel and Gianni Guadalupi’s The Dictionary of Imaginary Places, which is a catalogue of fictional locations found in literature from across the world.  Fanattia is an island in the south-east Pacific which appears in Godfrey Sweven’s Riallaro, the Archipegalo of Exiles, 1901. Each inhabitant of this island believes that there is a product of the island that is detrimental to the body and soul. Because each resident has a different idea of which product this is, however, they live in famine and conflict with one another. In Stella’s representation of this island, he illustrates combatting forms in disparate colors which may symbolize the pandemonium of Fanattia while creating an image that is enticing to its viewers.

Created in 1995, this etching, engraving, relief, lithograph, stamping, woodcut, an dmozzetint on white TGL handmade, hand-colored paper with metalized silver foil is hand-signed by Frank Stella (Massachusetts, 1936 - ) in pencil and numbered C.T.P.  3 in pencil, aside from the numbered edition of 60 in pencil in the lower left margin. Published by Tyler Graphics, Ltd.

Catalogue Raisonné & COA:
Frank Stella Fanattia, from the Imaginary Places Series, is fully documented and referenced in the below catalogue raisonnés and texts (copies will be enclosed as added documentation with the invoices that will accompany the sale of the work).

1. Axsom, Richard H. The Prints of Frank Stella: A Catalogue Raisonné. New York: Hudson Hills Press, 1983. Listed and illustrated as catalogue raisonné no. 230 on pg. 338
2. A Certificate of Authenticity will accompany this artwork.

About the Framing:
Framed to museum-grade, conservation standards, Frank Stella Fanattia, from the Imaginary Places Series, 1995 is presented in a complementary moulding and finished with silk-wrapped mats and optical grade Plexiglas.