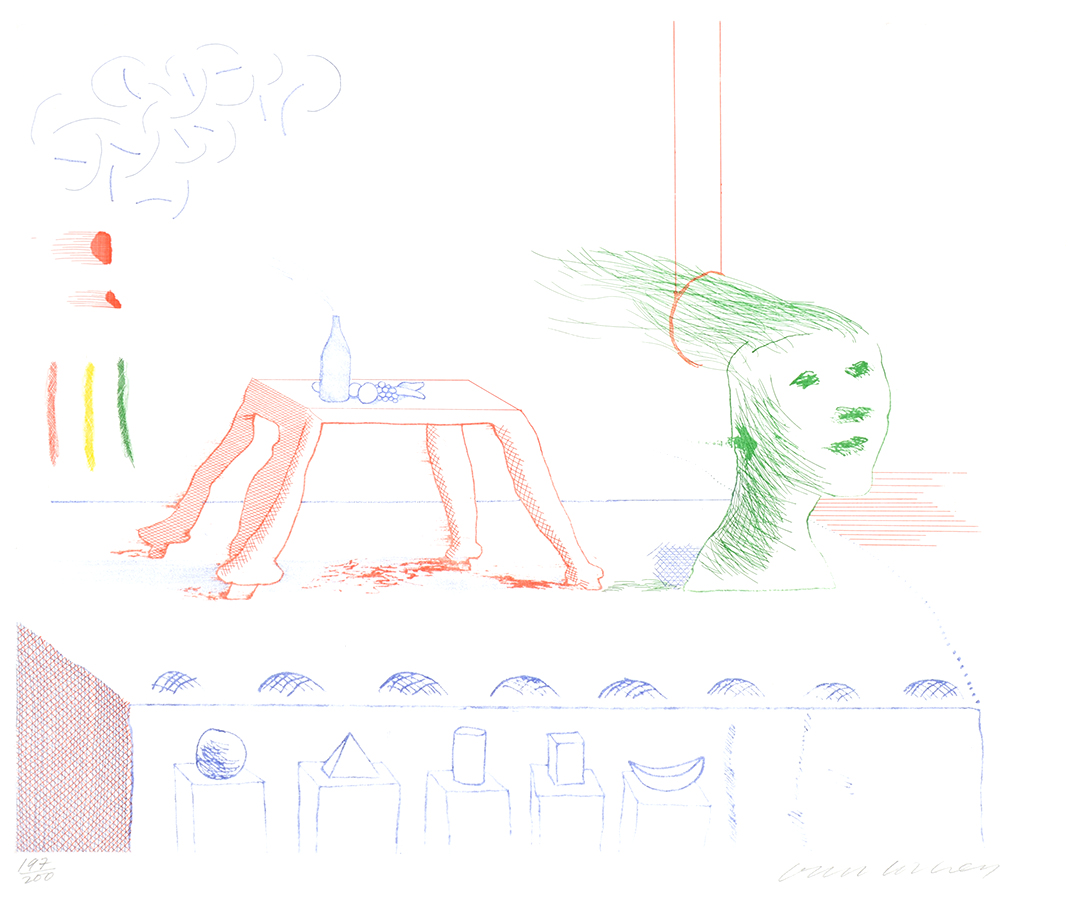 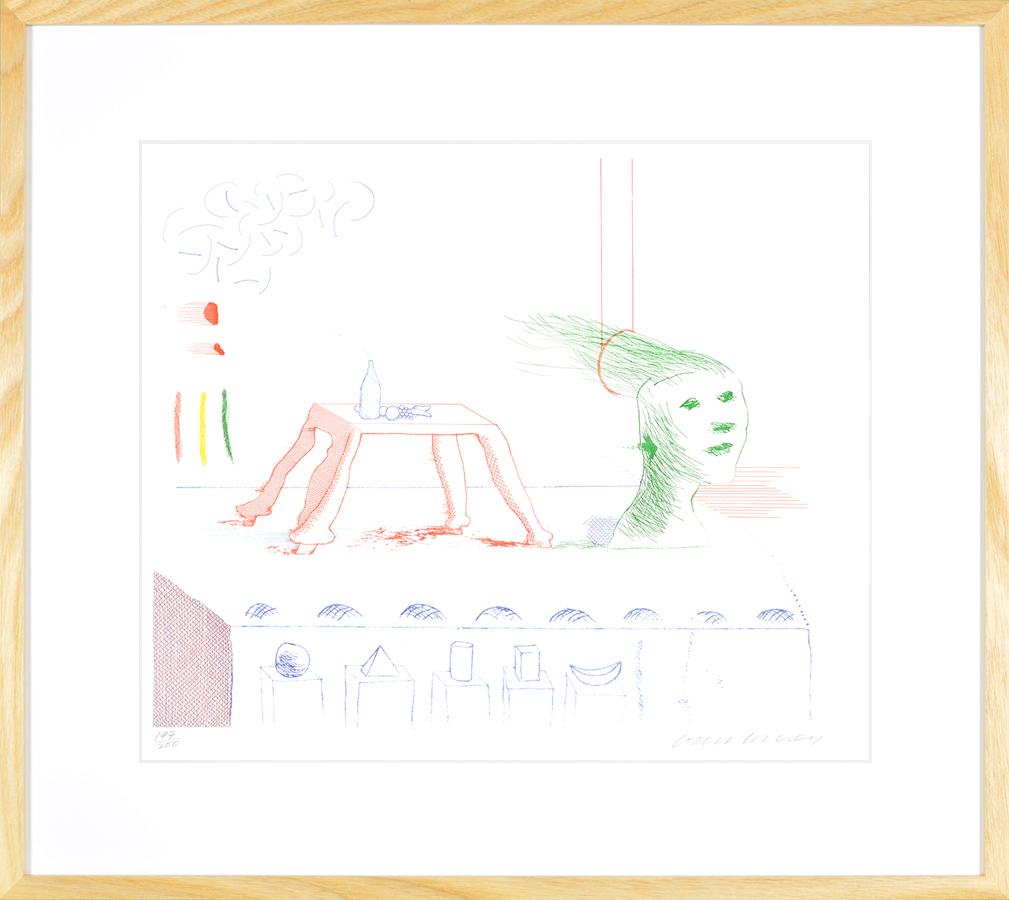 David Hockney A Moving Still Life, from The Blue Guitar, 1976-1977 is a playful scene that takes its title to the full extent of its literal meaning. The center of the composition is dominated by a mannequin-like head and a table with a typical still-life arrangement,  set on the surface of a large table suggested by the shading and edge lines in the bottom right. The hair of the mannequin blows out behind it, threading neatly through a mysterious red hoop descending from the top edge of the work. The still life table next to the mannequin seems to dissolve its tablecloth into four appendage-like legs, which look ready to walk out of the scene. Already, we see the moving that the title suggests. At the top left. A collection of line marks and strokes of color float in an undefined space, transforming the composition by playing with the suggested three-dimensionality of the tables. At the foreground, rising from the bottom edge are five precarious pedestals supporting traditional still-life class objects. All of them lack any straight geometric line, giving them a swaying, organic quality that further adds to the surreal movements of the entire work. The piece is as playful as it is eye-catching, a hallmark of Hockney’s unique style.

Catalogue Raisonné & COA:
David Hockney A Moving Still Life, from The Blue Guitar, 1976-1977 is fully documented and referenced in the below catalogue raisonnés and texts (copies will be enclosed as added documentation with the invoices that will accompany the sale of the work).

About the Framing:
Framed to museum-grade, conservation standards, David Hockney A Moving Still Life, from The Blue Guitar, 1976-1977 is presented in a complementary moulding and finished with silk-wrapped mats and optical grade Plexiglas.