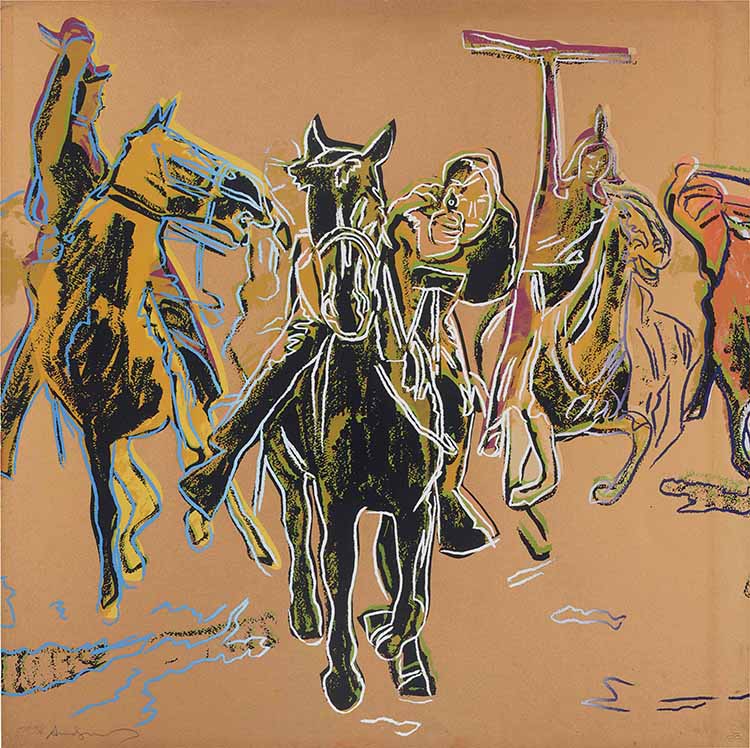 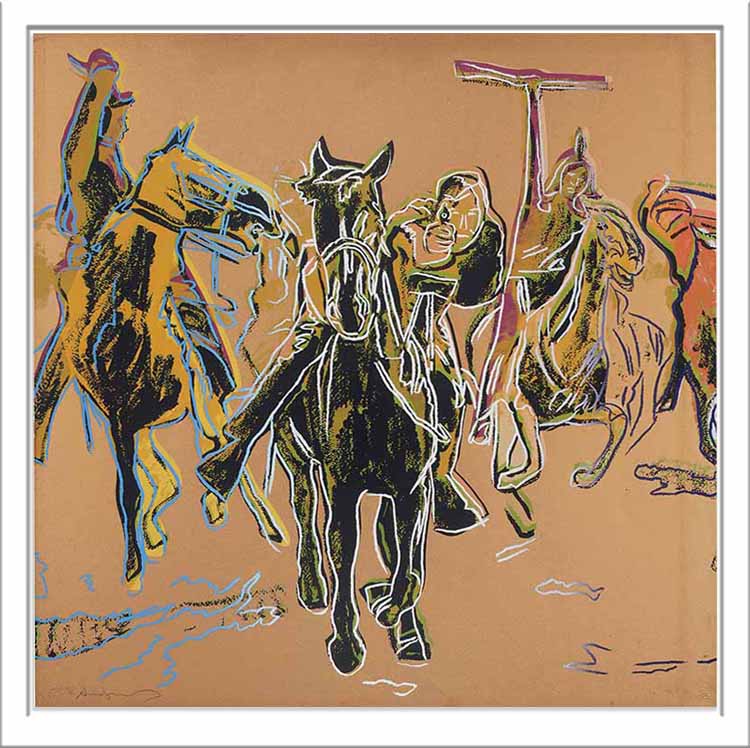 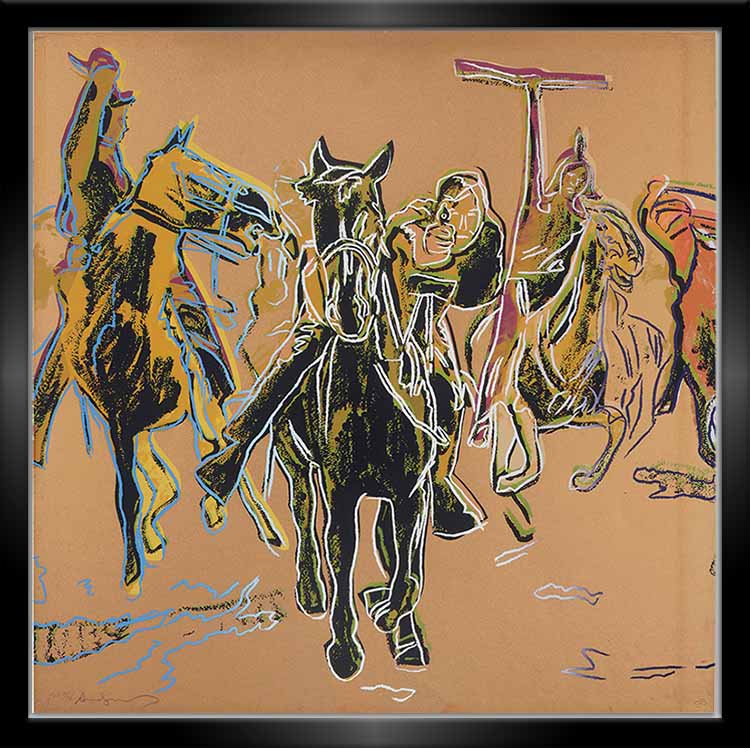 Andy Warhol, Action Picture (1986) instantly grabs attention with its bright red background and the use of bright yellow linework to delineate the dark shapes of the people and horses they ride upon and to suggest their movement. The central figure focuses his attention directly at the viewer as he aims his gun, implicating the viewer into the commotion.

Part of the Cowboys and Indian series, Andy Warhol’s Action Picture sources its image from a Charles Schreyvogel painting entitled Breaking Through the Lines, originally inspired by Buffalo Bill Cody’s Wild West Extravaganza. The original painting aimed to capture the excitement that was associated with the Old West, and Warhol’s work does the same, the strong colors and movement invoking that exhilarating sentiment. Andy Warhol’s Action Picture is the only work that features both cowboys and Native Americans together in the Cowboys and Indians series. By showing the two engaged in the kind of action that would have dominated a Western film, this work plays with the romanticized notion of the relationship between the two groups and how that relationship was often portrayed in mass media.

This screenprint is part of a portfolio of works Warhol created in 1986 titled Cowboys and Indians. Other works in the Cowboys and Indians Series include Geronimo, Mother and Child, Annie Oakley, Sitting Bull, Kachina Dolls, Northwest Coast Mask and Buffalo Nickel.

Created in 1986, Andy Warhol’s Action Picture is a color screenprint on Lenox Museum Board and is hand signed in the lower left corner in pencil. It is a unique work of an edition of 36, published by Gaultney, Klineman Art Inc., New York and printed by Rupert Jason Smith, New York.

Andy Warhol, Action Picture, from the Cowboys and Indians Series, 1986 is fully documented and referenced in the below catalogue raisonnés and texts (copies will be enclosed as added documentation with the invoices that will accompany the sale of the work).