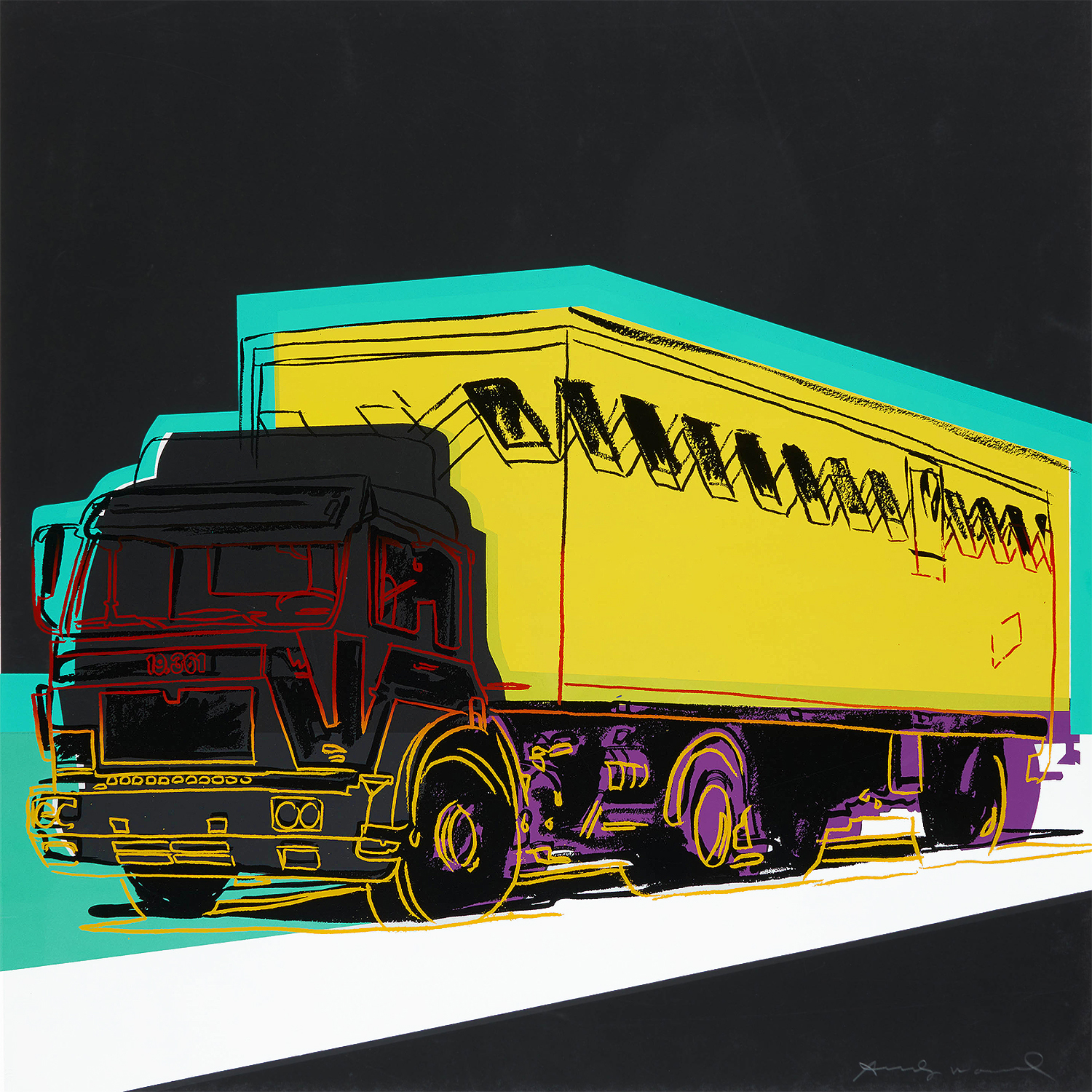 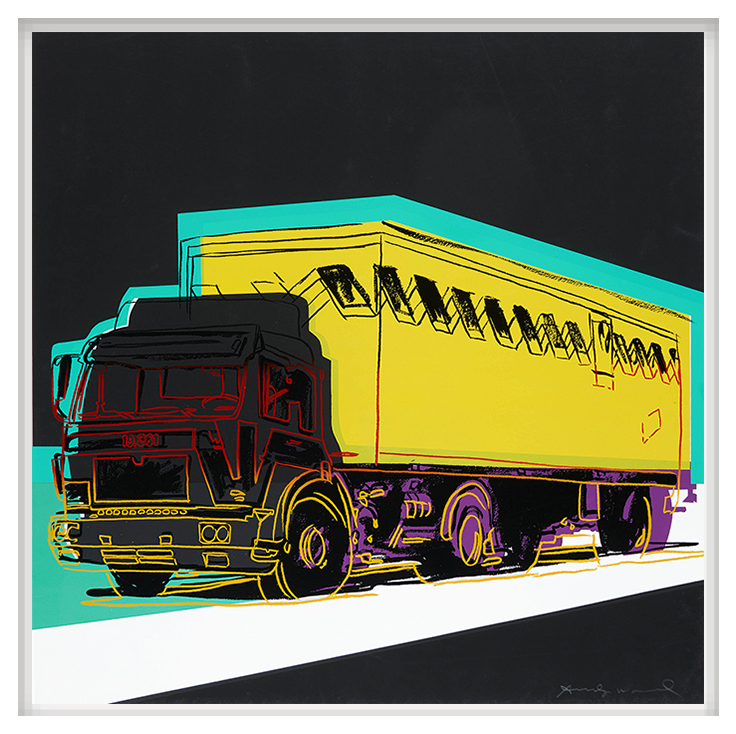 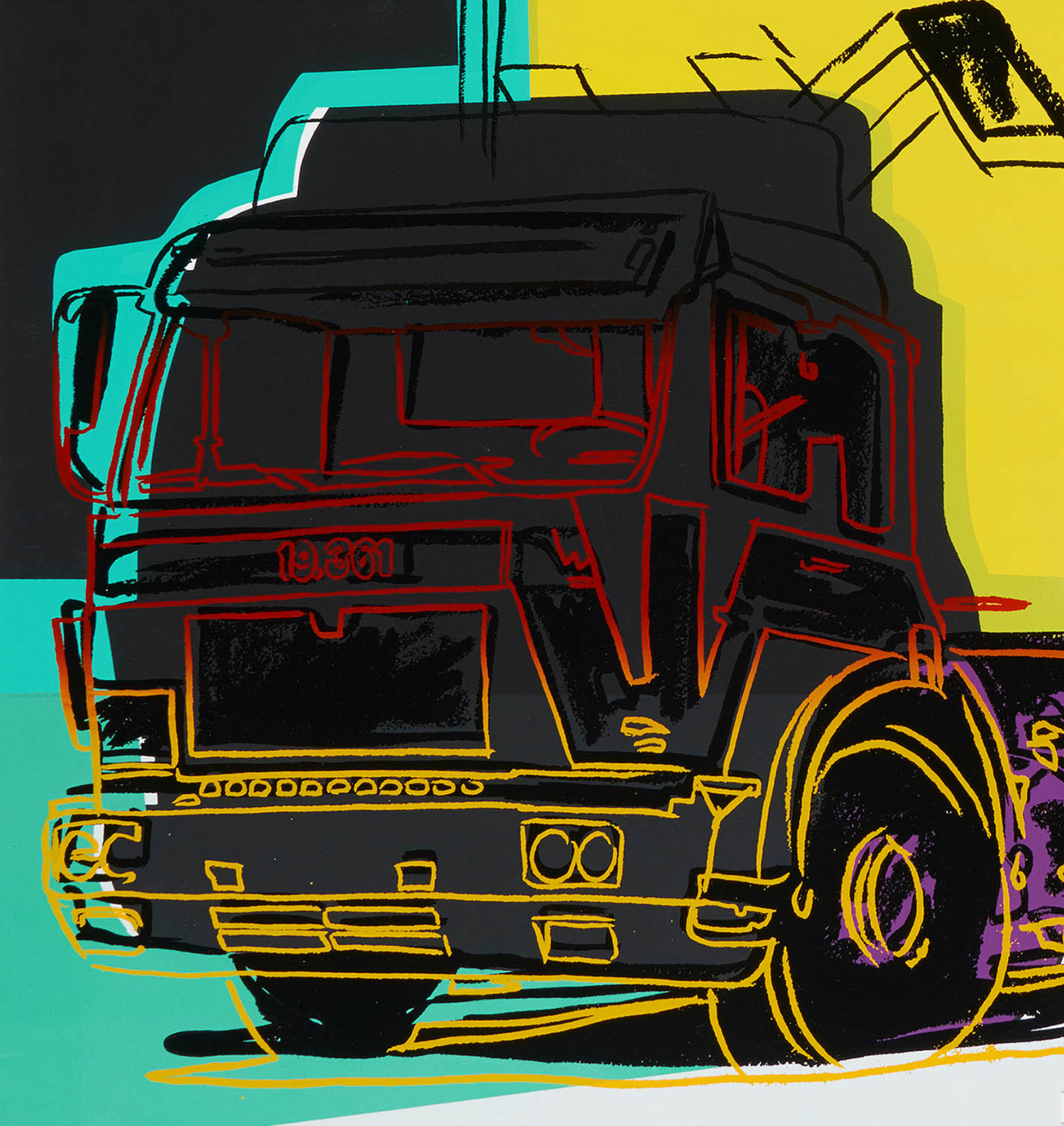 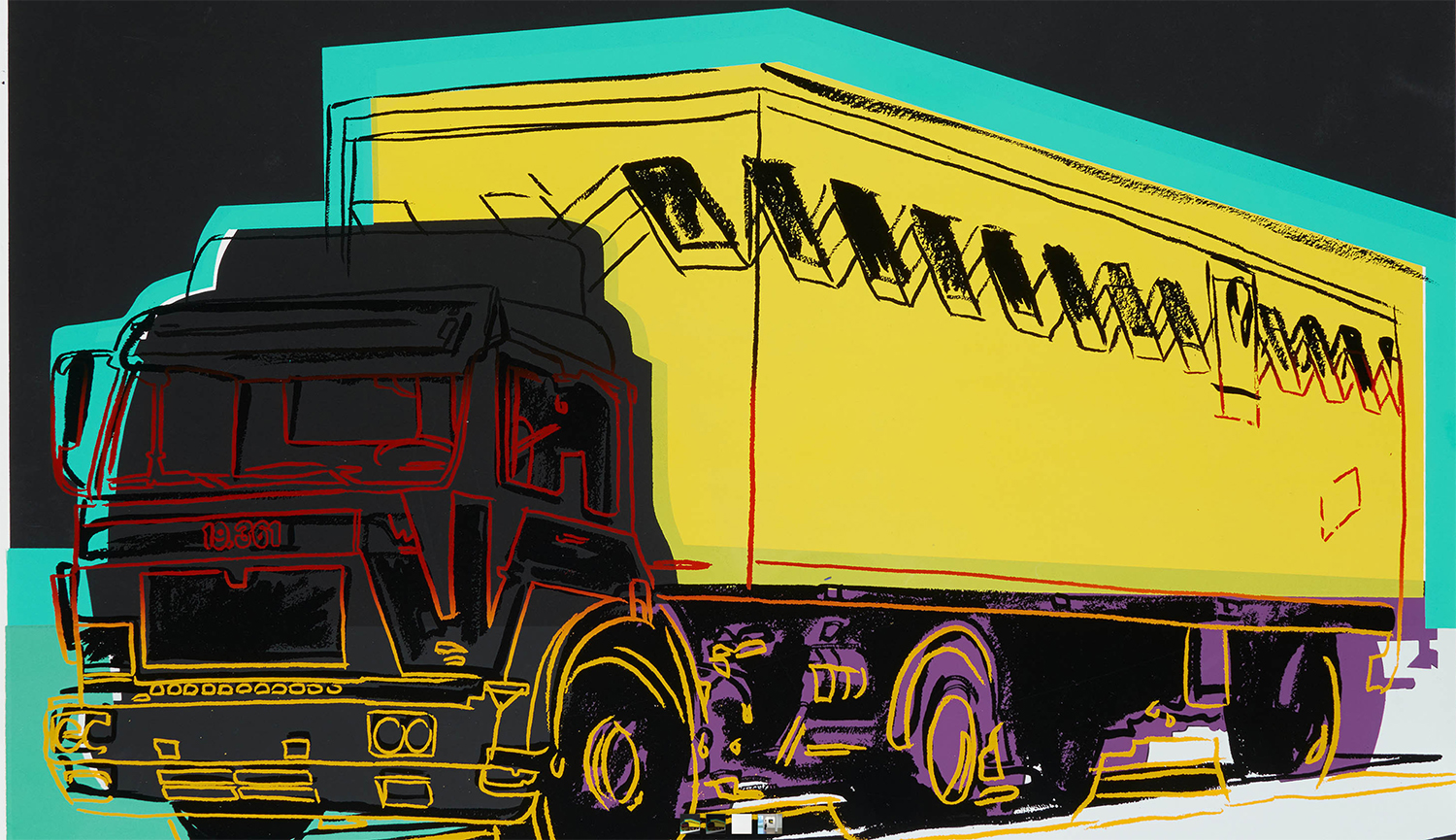 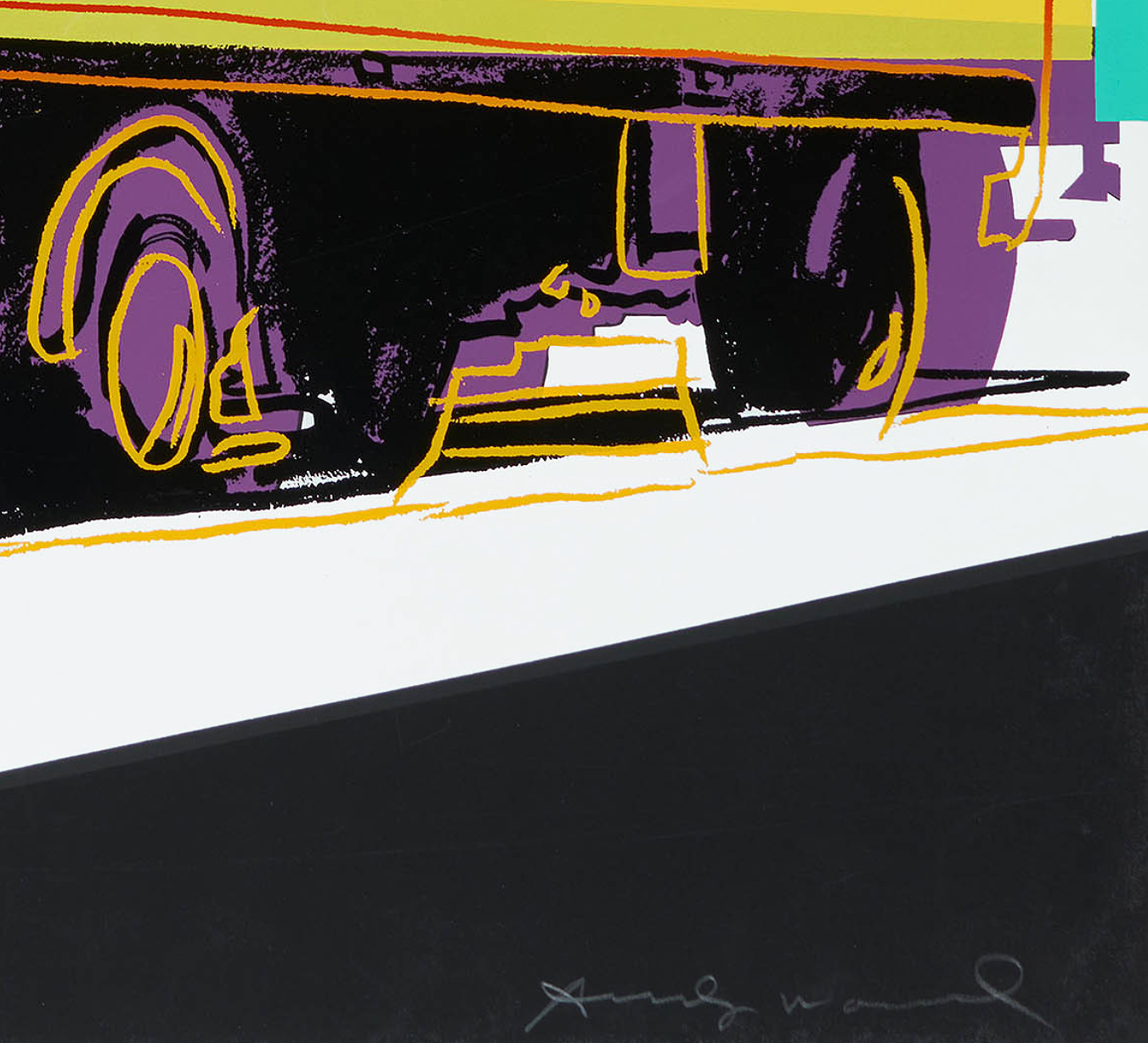 This Andy Warhol Truck, 1985, is a unique color trial proof work, one of a kind in this color variation, it features the image of a semi-truck in electrifying colors that invigorate an otherwise mundane subject. Lines that fade into red, orange, yellow, and black define the details of the truck’s intricate front, the curvature of the wheels, and the receding cargo trailer. These lines animate the blocks of color beneath them, creating the illusion of three-dimensionality. The shock of teal along the outside of the truck’s upper silhouette adds both a burst of color and a sense of movement to the overall image. The truck is also diagonally angled, which enhances the effect of motion and adds complexity to a composition that only has one main subject. Because this Andy Warhol Truck, 1985 is a TP or trial proof, the particular color arrangement of this image is unique to this work. Andy Warhol Truck, 1985 exemplifies the artist’s masterful handling of everyday subjects, turning them into works of art through a playful arrangement of color.

Created in 1985, Andy Warhol Truck, 1985, unique color trial proof, is a color silkscreen on Lenox Museum Board. This work is hand signed by Andy Warhol (Pennsylvania, 1928 - New York, 1987) in pencil in the lower right.

Catalogue Raisonné & COA:
Andy Warhol Truck, 1985 is fully documented and referenced in the below catalogue raisonnés and texts (copies will be enclosed as added documentation with the invoices that will accompany the sale of the work).

About the Framing:
Framed to museum-grade, conservation standards, Andy Warhol Truck, 1985 is presented in a complementary moulding and finished with silk-wrapped mats and optical grade Plexiglas.