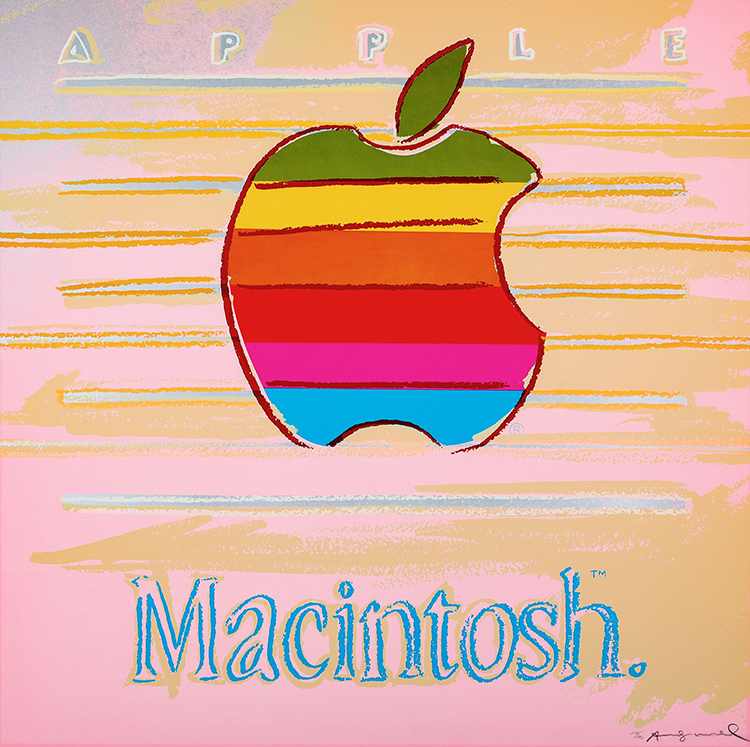 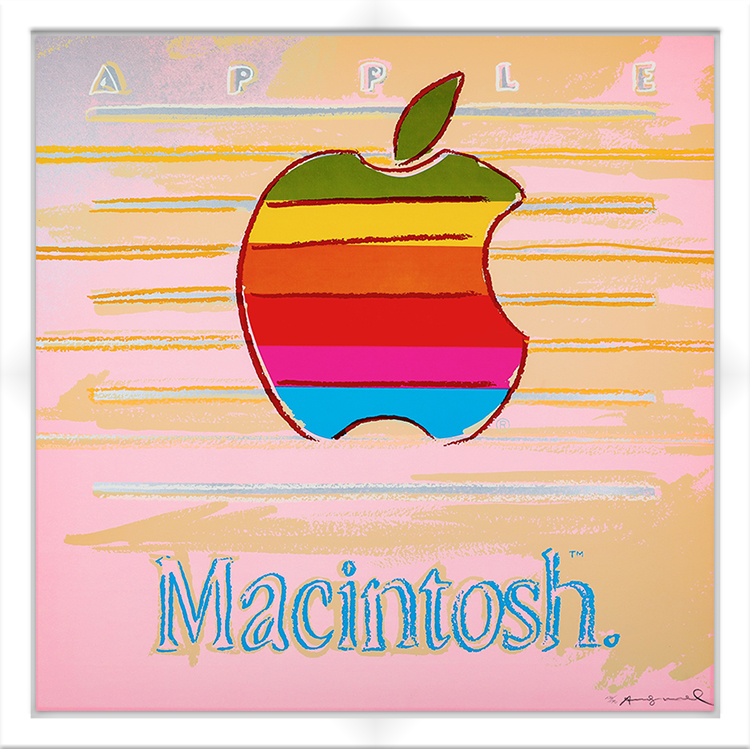 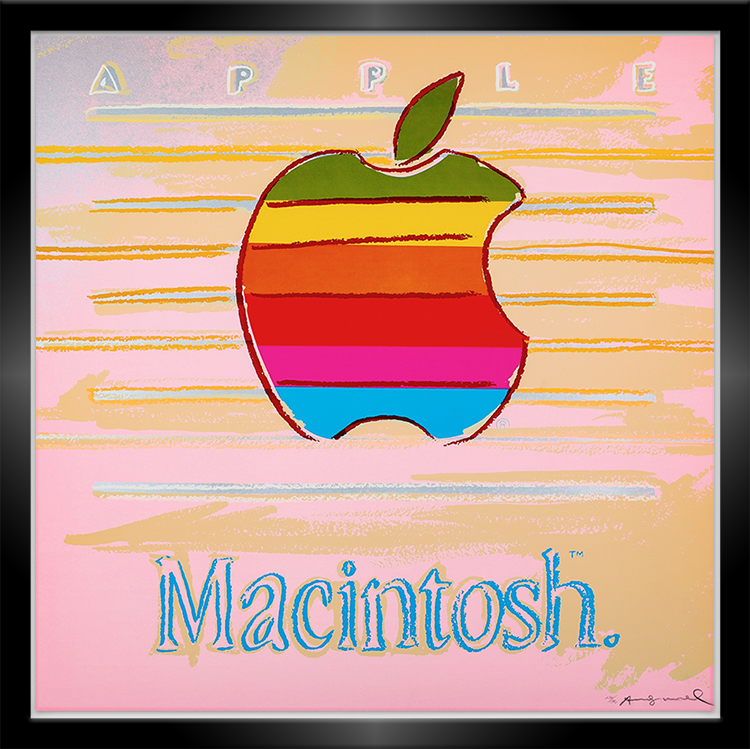 Andy Warhol Apple 1985 from Ads Series features Macintosh’s famous apple logo in brilliant technicolor. With his early artistic background in commercial art, Warhol was fascinated with advertisements and their influence on American pop culture throughout his life. In 1985, Warhol created his Ads Series, a series of works centered around popular ads of the time. Chanel’s No. 5 perfume bottle, Volkswagen’s Beetle, Paramount’s mountain logo, Life Savers’ ad and Macintosh’s Apple were all featured in the portfolio along with a few others. Warhol constantly blurred the line between commercial art and fine art, and he challenged Americans’ ideas around the definition of art itself. This print is an excellent example of this facet of Warhol’s career. Macintosh’s Apple logo is now extremely recognizable to our modern-day society, as Apple has now become one of the most successful companies of all time. The imagery in this work is instantly recognized yet presented in a new way. With a pale pink background and crude lines drawn with what seems like crayons, Warhol creates a colorful almost childlike version of this famous advertisement.

Created in 1985, Andy Warhol Apple from Ads Series is a screenprint on Lenox Museum Board. This work is hand-signed by Andy Warhol and numbered from the edition of 190 in pencil in the lower left image.

Catalogue Raisonné & COA:
Andy Warhol Apple, 1985 from Ads Series is fully documented and referenced in the below catalogue raisonnés and texts (copies will be enclosed as added documentation with the invoices that will accompany the sale of the work).

About the Framing:
Framed to museum-grade, conservation standards, Andy Warhol Apple, 1985 from Ads Series is presented in a complementary moulding and finished with silk-wrapped mats and optical grade Plexiglas.