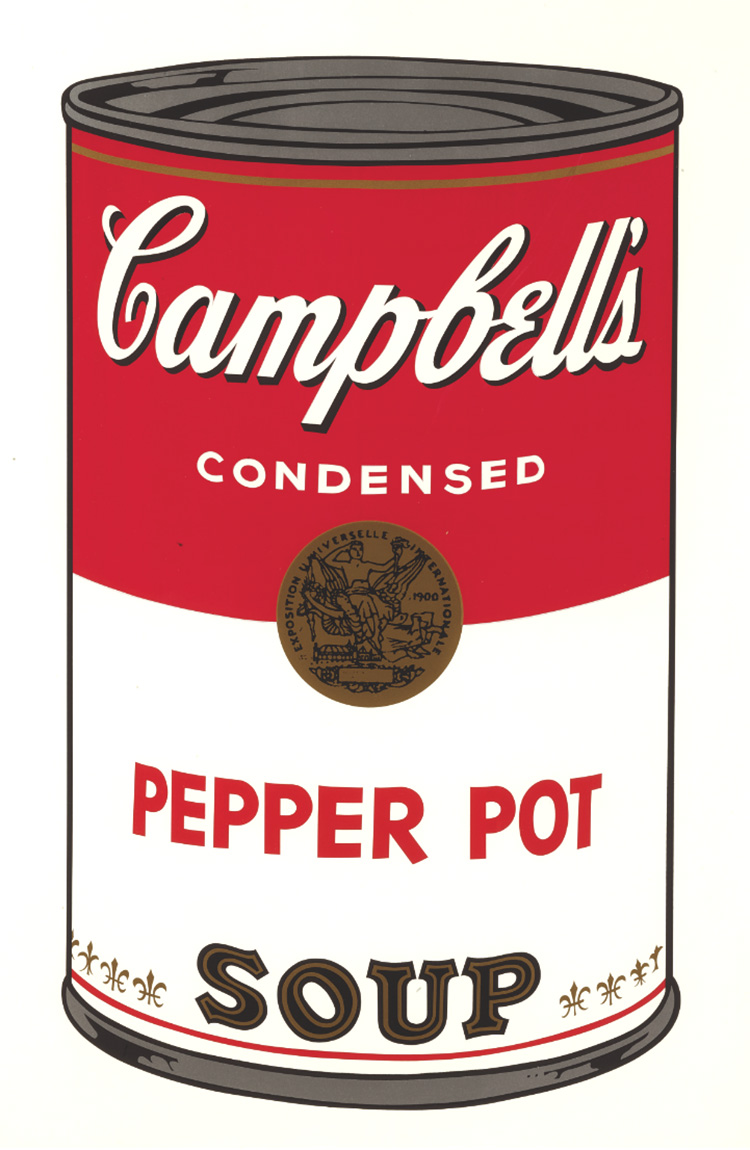 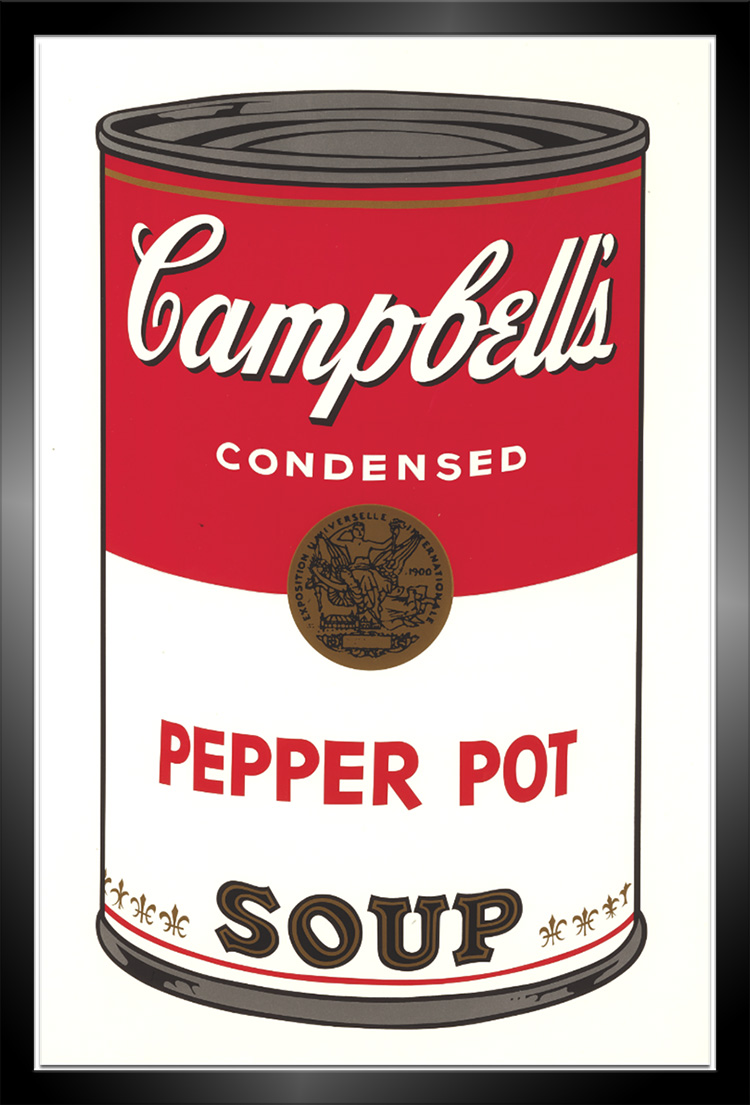 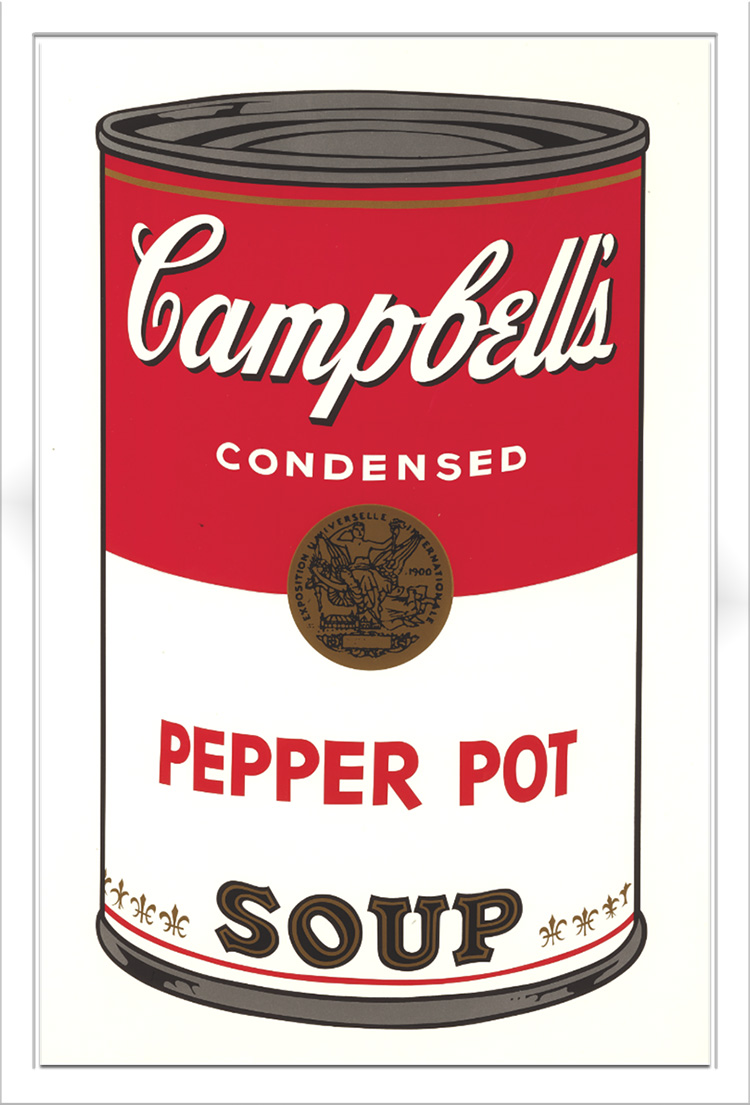 Andy Warhol’s Pepper Pot Soup, Campbell’s Soup, 1968 is one of the most recognizable works of Pop Art. The soup can dominates the image and its bright red and stark white label is extremely eye-catching. The bold lettering captures attention and Warhol’s flattening of the can’s image makes the otherwise commonplace object interesting and exciting. The Campbell’s soup cans are incredibly iconic, well-known to every art lover, and a prominent influence in today’s art world.

Created in 1968, Andy Warhol’s Pepper Pot Soup, Campbell’s Soup is a color screenprint on Lenox Museum Board and is hand signed in ballpoint pen on verso. It is a unique work of an edition of 250, published by Factory Additions, New York and printed by Salvatore Silkscreen Co., Inc., New York.

This screenprint is part of a portfolio of works Warhol created in 1968 titled Campbell’s Soup I. Other works in the Campbell’s Soup I Portfolio include Tomato Soup, Beef Soup, Onion Soup, Consomme (Beef), Cream of Mushroom, Black Bean, Green Pea, Chicken Noodle, Vegetable Made with Beef Stock.

Catalogue Raisonné & COA:
Andy Warhol Pepper Pot Soup, from Campbell’s Soup I, 1986 is fully documented and referenced in the below catalogue raisonnés and texts (copies will be enclosed as added documentation with the invoices that will accompany the sale of the work).

About the Framing:
Framed to museum-grade, conservation standards, Andy Warhol Pepper Pot Soup, from Campbell’s Soup I, 1986 is presented in a complementary moulding and finished with silk-wrapped mats and optical grade Plexiglas.