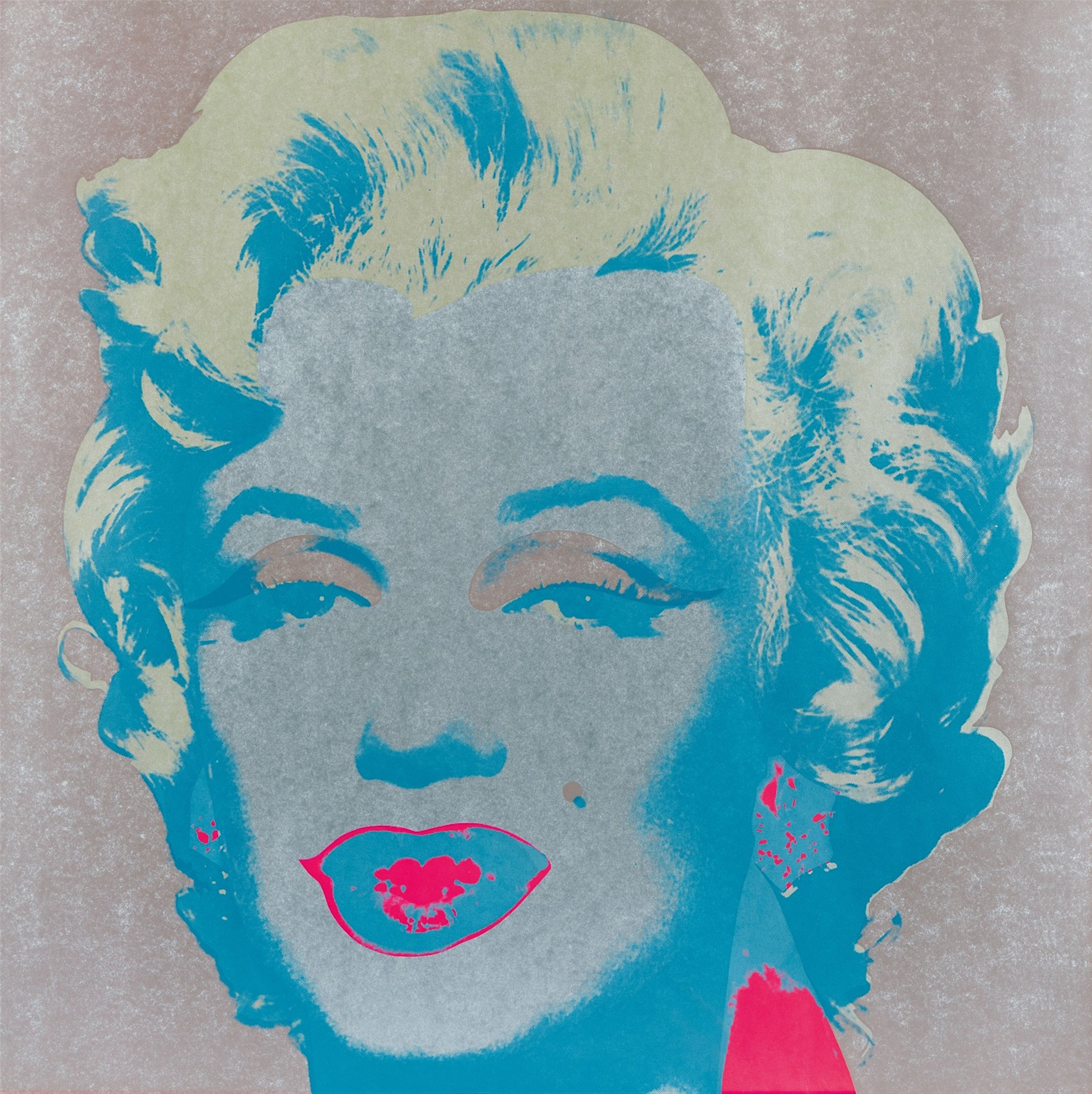 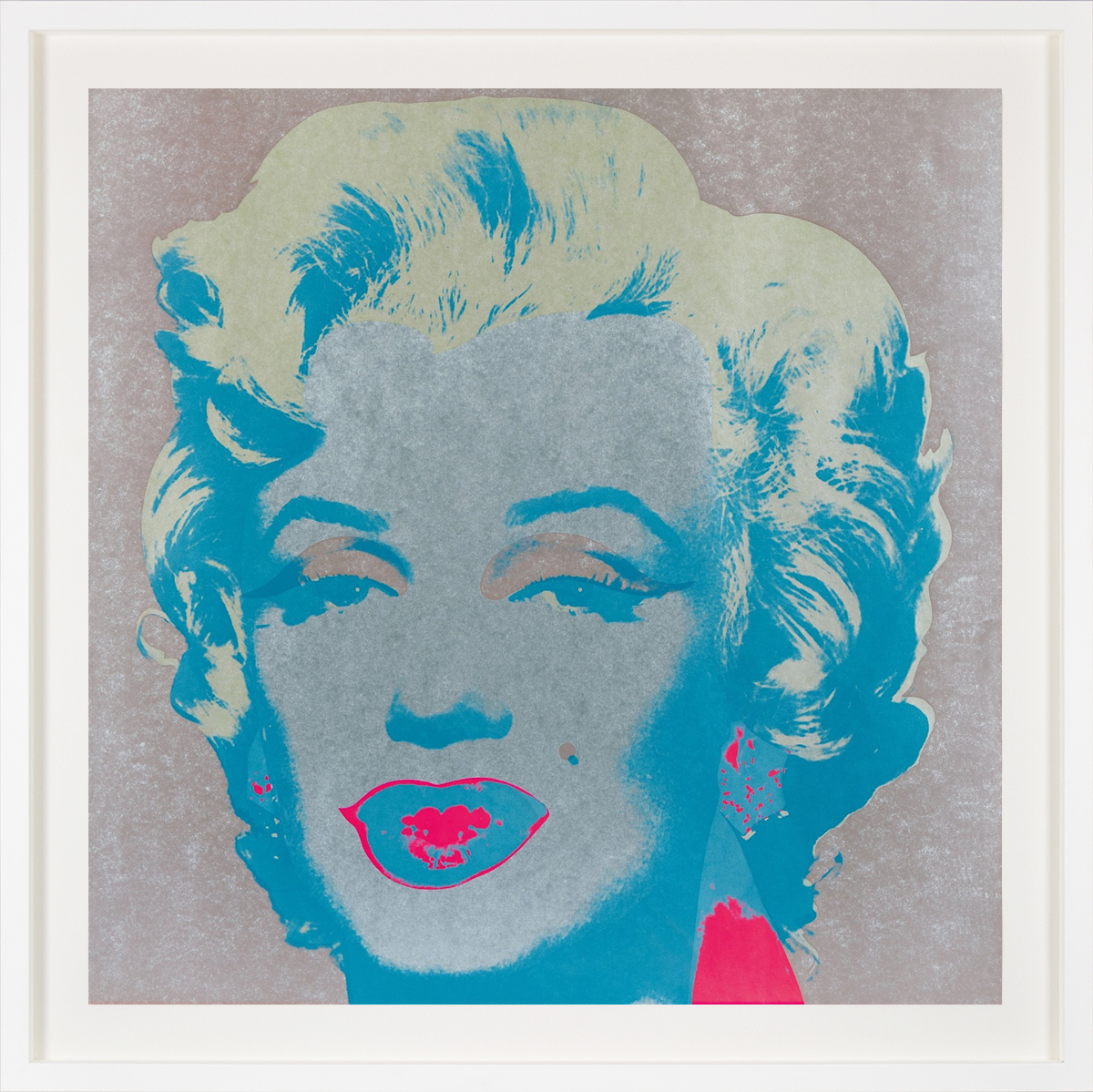 Andy Warhol Marilyn Monroe (Marilyn), 1967 is a shimmering portrait of the actress. The striking screenprint features a cropped and focused portrait of Marilyn Monroe. The silver screen star is rendered in an unrealistic yet appropriate palette; set against a silver backdrop, the contours of Marilyn’s face are shaded in a pale blue. Her lips and blouse pop in hot pink, and the actress’s hairdo is a pastel yellow. The striking color choices Warhol used for this artwork transformed his subject while still allowing her to be instantly recognizable. Warhol created this image for a portfolio of ten screen prints in array of different color combinations. For the series, Warhol based his portrait on a publicity photograph by Gene Kornman for the 1953 film noir Niagara, just as he did for his famous Marilyn Monroe paintings from 1962. “Although the Marilyn paintings had been realized in an array of colors, these went further: a palette of fiery reds, hot and pale pinks, and other saturated hues transforms Marilyn’s face into even more of a fiction than the carefully crafted publicity still from which it was originally derived” (Donna de Salvo, Feldman and Schellman, p. 24). This was the first portfolio published by Factory Additions, and the first series the artist did consisting of ten prints of the same subject, a practice of repetition that Warhol continued to explore throughout his oeuvre.

Created in 1967, this color screenprint on paper is hand signed by Andy Warhol (Pennsylvania, 1928 - New York, 1987) in pencil on verso. Numbered from the edition of 250 with a rubber stamp on verso, this work was printed by Aetna Silkscreen Products, Inc., New York and published by Factory Additions, New York.