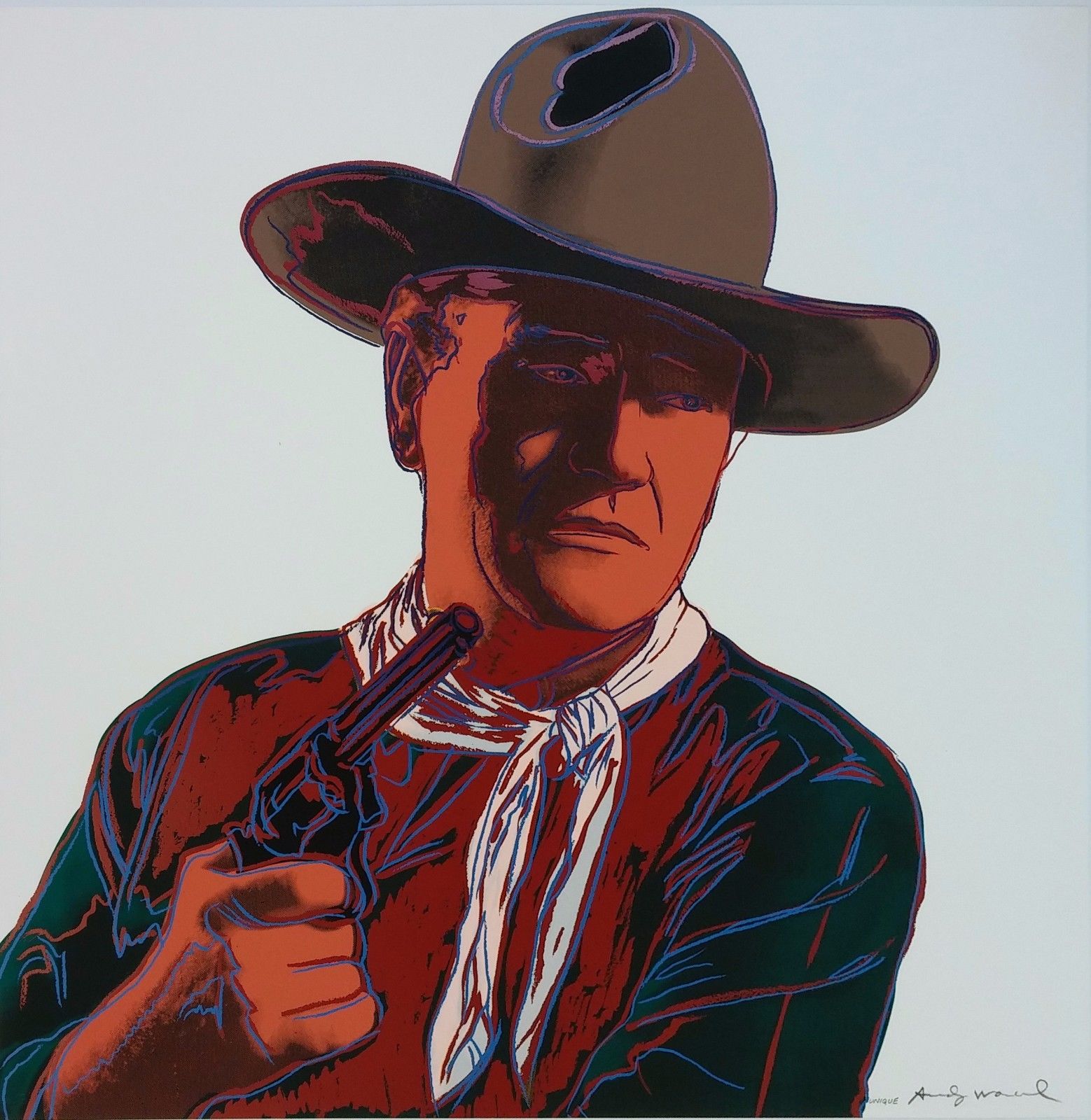 Andy Warhol John Wayne from the Cowboys and Indians Series, 1986 is a dramatic graphic portrait of the Western movie Star. Leaning across the composition in a dramatic diagonal line, led by the titled barrel of his gun, Wayne looks out into the distance. Deep red shadows thrown across his face, itself a brighter crimson hue, make for an instantly arresting image. The silhouette of the actor stands out sharply against the clean white background, creating a negative space that's just as beautiful in its own right. The color palette is a pared-down selection of reds, blacks, and yellows, creating the atmosphere of a setting sun. This further adds to the Western narrative of the work, albeit in a decidedly Pop-like manner, attesting to Warhol's ability to  both smartly appropriate an image and pay it respect.

Created in 1986, this color screenprint on paper is hand signed by Andy Warhol (Pennsylvania, 1928 - New York, 1987) in pencil and numbered from the edition of 250 in lower left.  Printed by Rupert Jasen Smith, New York and published by Gaultney, Lkineman Art, Inc., New York.

Andy Warhol John Wayne from the Cowboys and Indians Series, 1986 is fully documented and referenced in the below catalogue raisonnés and texts (copies will be enclosed as added documentation with the invoices that will accompany the sale of the work).

Framed to museum-grade, conservation standards,Andy Warhol John Wayne from the Cowboys and Indians Series, 1986 is presented in a complementary moulding and finished with silk-wrapped mats and optical grade Plexiglas.