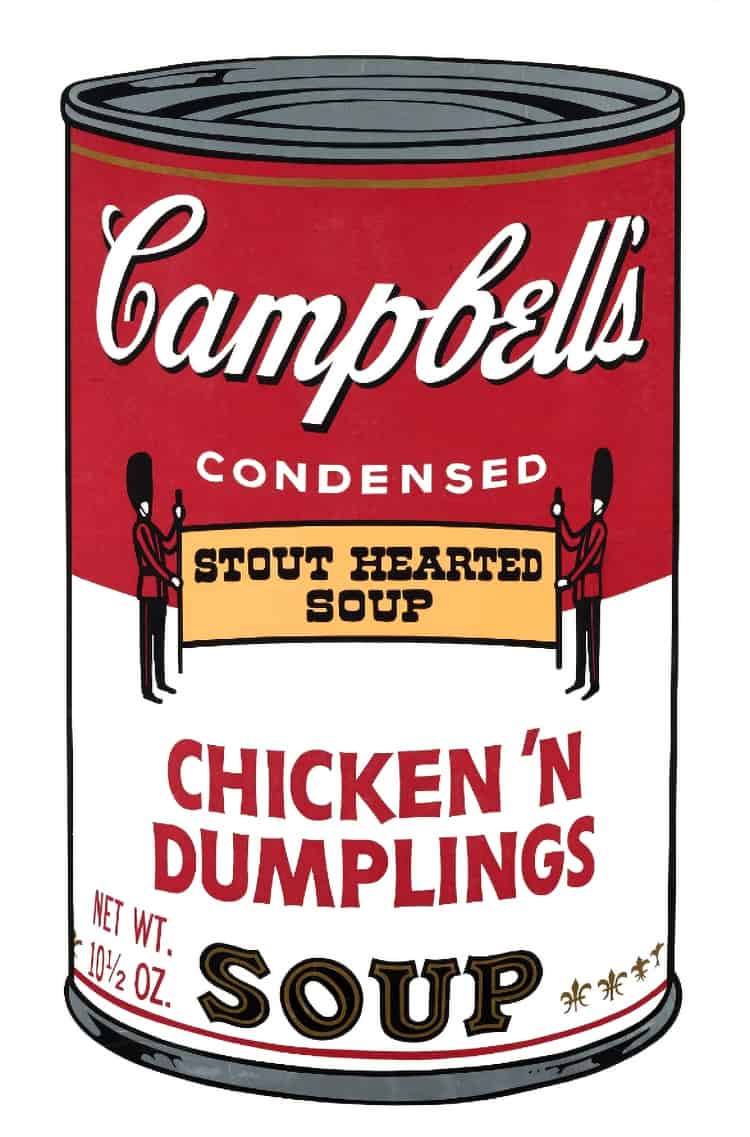 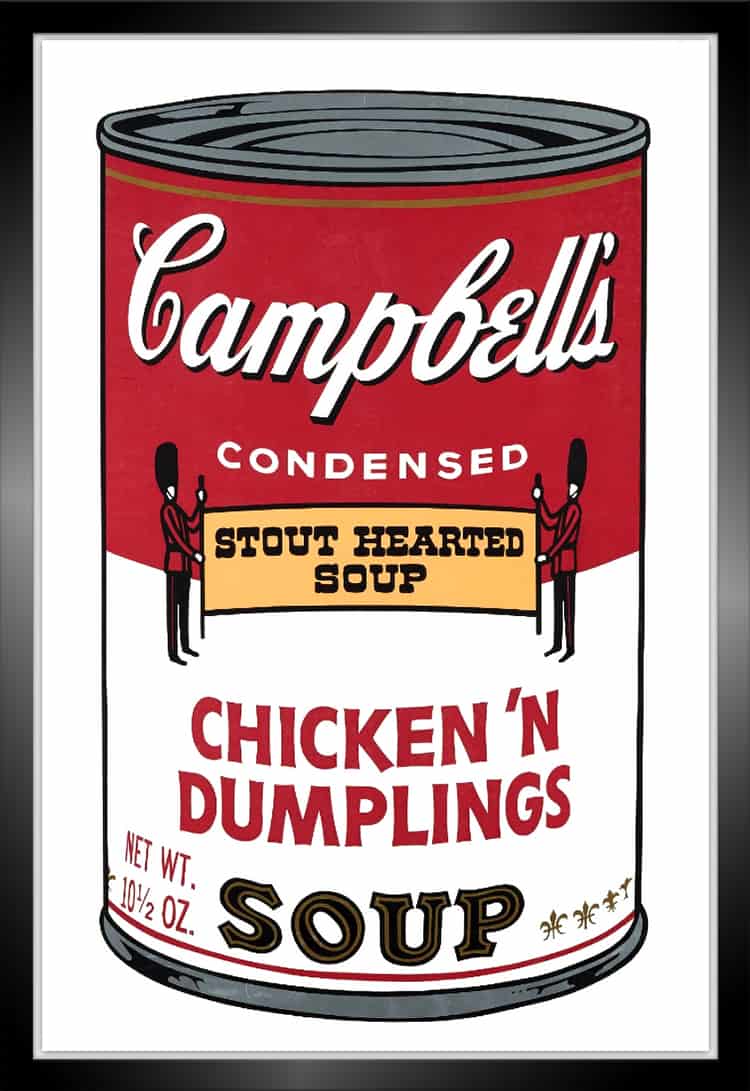 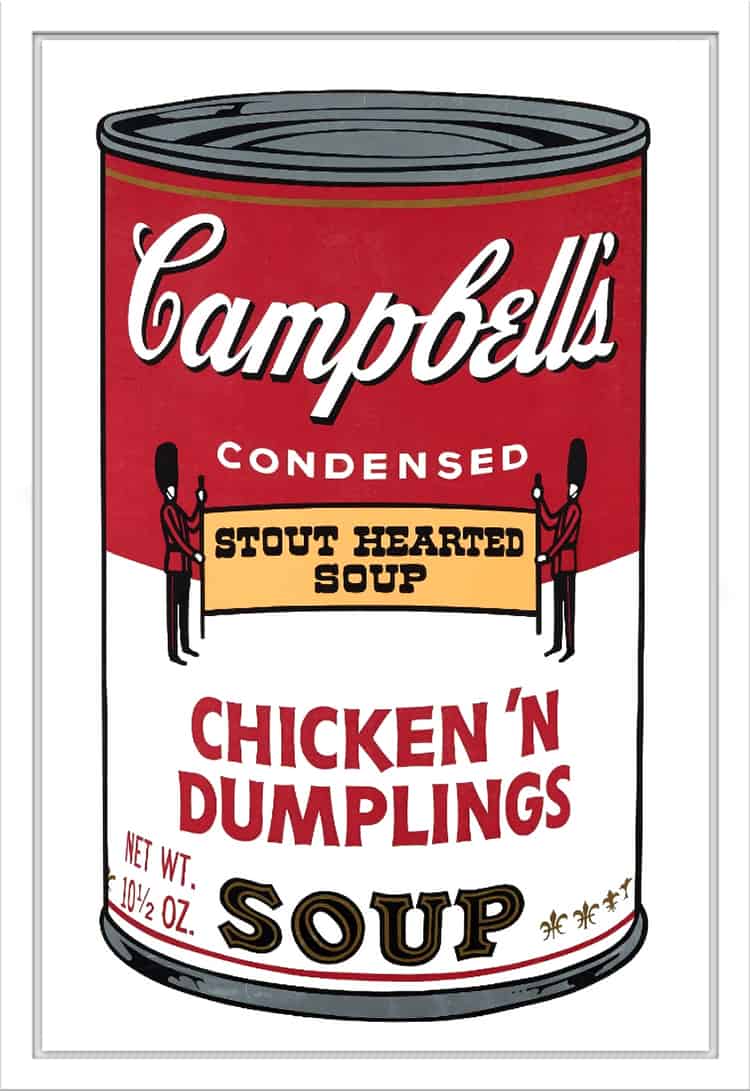 Andy Warhol’s Chicken ‘N Dumplings Soup, Campbell’s Soup II, 1969 is a rendition of one of Warhol’s most well-recognized subjects. In place of the Campbell’’s golden seal is a banner with the words “Stout Hearted Soup” (a series of robust soups introduced in the 1960s) held up by two Queen’s Guard soldiers. These small figures, which match the rich red of the label’s background, add a layer of levity to the work. Chicken ‘N Dumplings is lively and fun, making it a fantastic addition to one of Warhol’s most famous portfolios.

Created in 1969, Andy Warhol’s Chicken ‘N Dumplings Soup, Campbell’s Soup is a color screenprint on Lenox Museum Board and is hand signed in ballpoint pen on verso. It is a unique work of an edition of 250, published by Factory Additions, New York and printed by Salvatore Silkscreen Co., Inc., New York.

Catalogue Raisonné & COA:
Andy Warhol Chicken ‘N Dumplings Soup, from Campbell’s Soup II, 1969 is fully documented and referenced in the below catalogue raisonnés and texts (copies will be enclosed as added documentation with the invoices that will accompany the sale of the work).

About the Framing:
Framed to museum-grade, conservation standards, Andy Warhol Chicken ‘N Dumplings Soup, from Campbell’s Soup II, 1969 is presented in a complementary moulding and finished with silk-wrapped mats and optical grade Plexiglas.