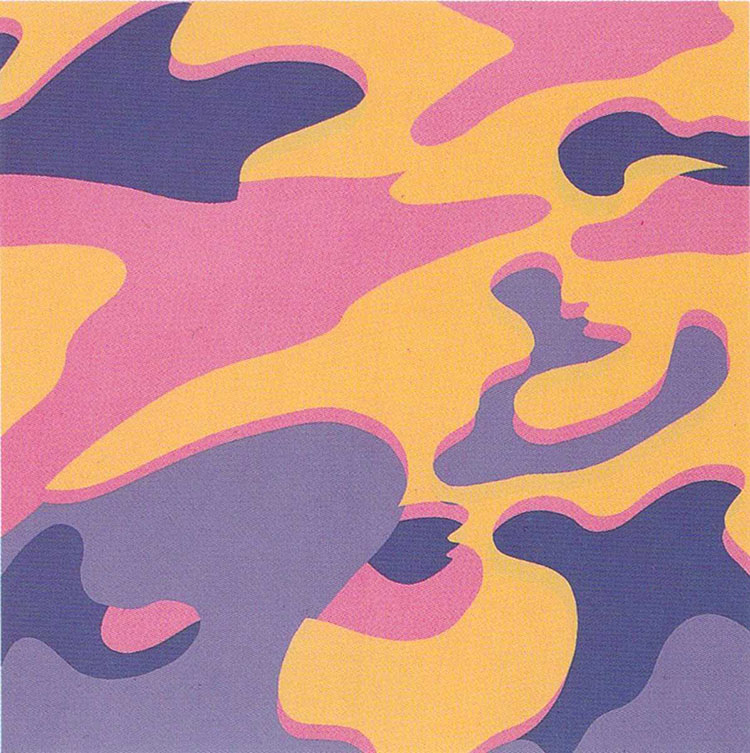 Andy Warhol’s Camouflage FS II.410 dazzles the viewer with intense color contrasts of sunny yellow, royal purple and hot pink. Part of the fun of Warhol's Camouflage portfolio is the otherworldly and outrageous color palettes the artist chose. His versions of the print would never camouflage its wearer into any environment which defeats the purpose of the print entirely. Warhol completed his Camouflage portfolio with his assistant Jay Shriver shortly before his passing in 1987. Inspired by military clothing that Shriver picked up from an army supply store, the prints take the camouflage design out of its military and tactical context. Warhol achieves this in part by using an extreme close up but also through his choice of color. The portfolio showcases Warhol’s quirky sense of humor and his fantastic creative sense for color and shape..

Andy Warhol Camouflage, 1987 FS II.410 is fully documented and referenced in the below catalogue raisonnés and texts (copies will be enclosed as added documentation with the invoices that will accompany the sale of the work).