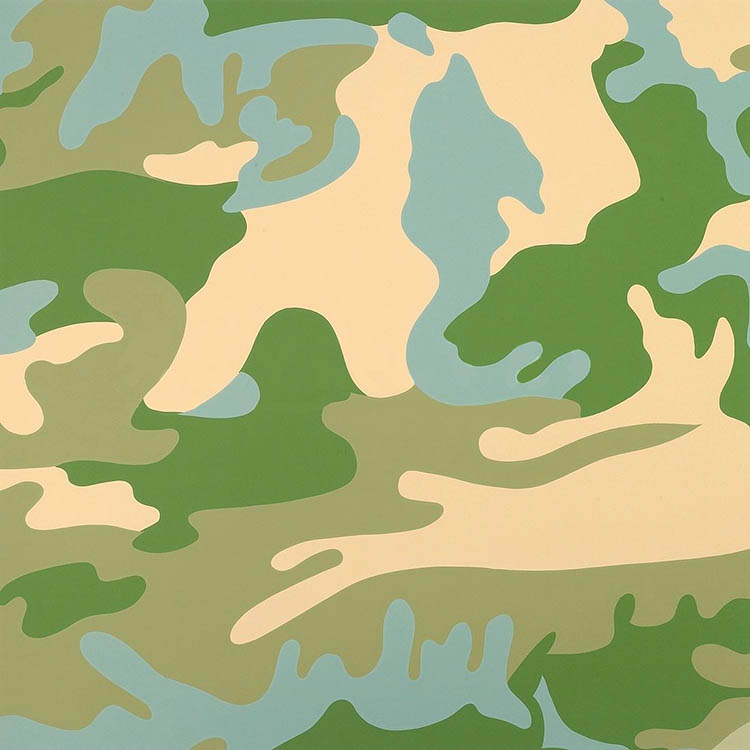 Andy Warhol worked on his Camouflage portfolio with his assistant Jay Shriver and it was completed shortly before his passing in 1987. The series consists of extreme close ups of different variations of a camouflage print that was based on military clothing. Camouflage FS II.407 uses a subdued pastel palette of pale gray-blue, beige and sage green. The camouflage design takes on a graphic characteristic in its blown up form. The viewer can focus in on how the colors play and interact with each other in their unusual shapes. Striking it its bold design, Warhol pushes his creativity to its limit with this series of prints.

Andy Warhol Camouflage, 1987 FS II.407 is fully documented and referenced in the below catalogue raisonnés and texts (copies will be enclosed as added documentation with the invoices that will accompany the sale of the work).